A Look into Mists of Pandaria – Part 1: The Pandaren Starting Area 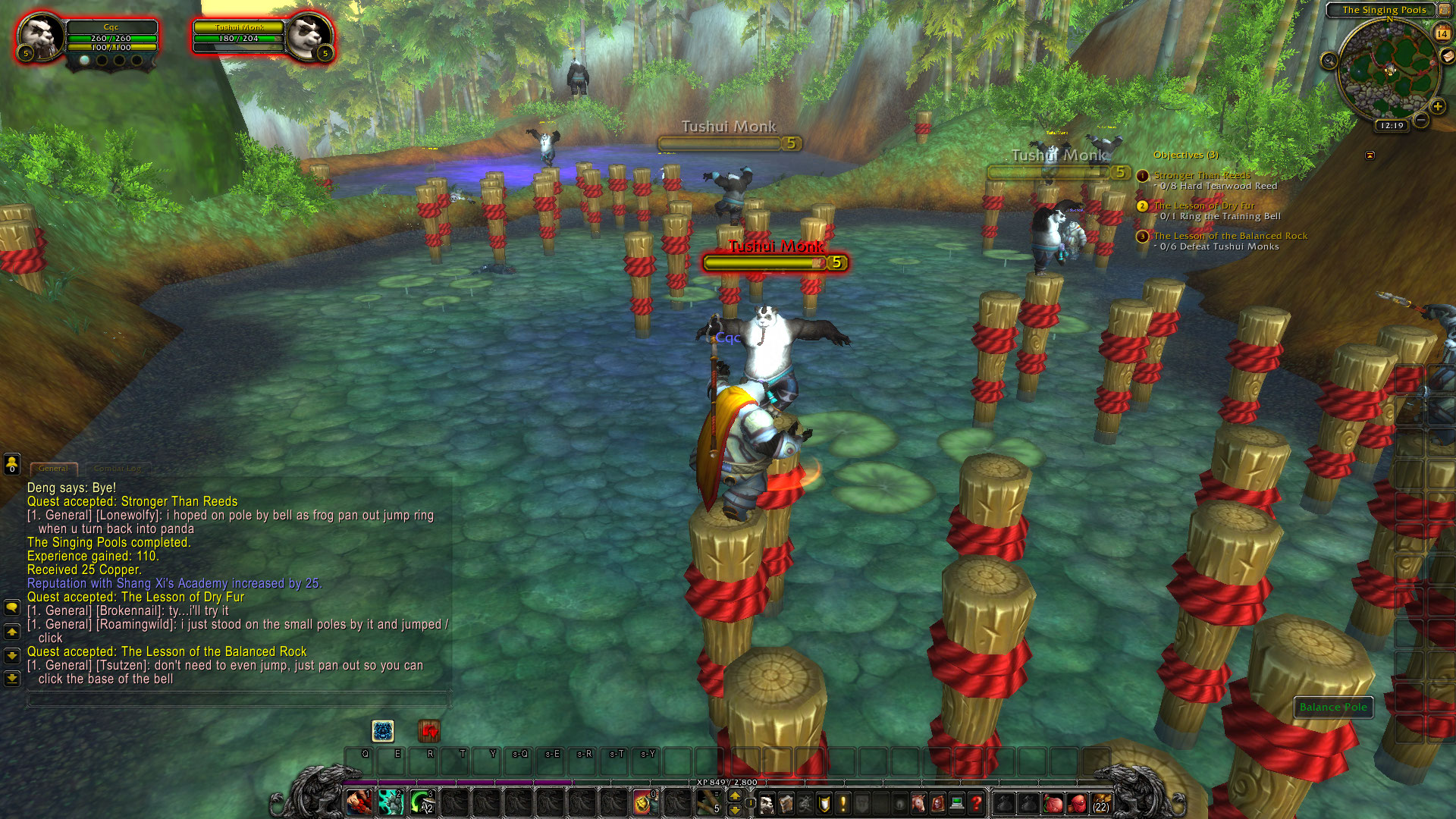 When I first read of Blizzard’s plans for the new World of Warcraft expansion I must admit I was a bit apprehensive about the whole thing, but after spending some time in the beta, and leveling a new Pandaren character through both the starting area and from levels 85-89, (89 being the current maximum level available in the beta) I found my opinion on the new content, class and race changed considerably. 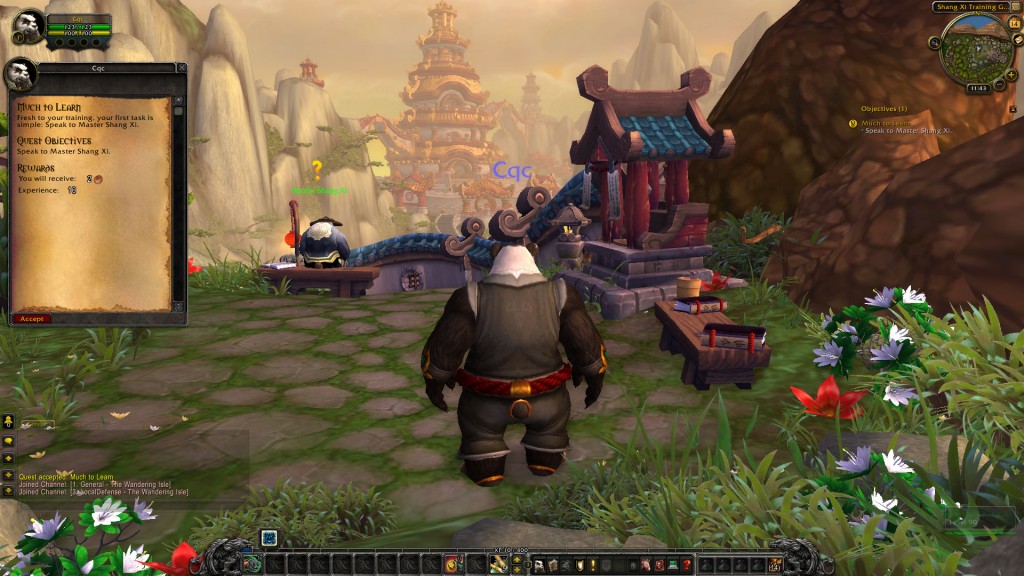 The new regions introduced in Mists of Pandaria, both the Pandaren starting area atop what you find out is a massive, moving turtle, and the new continent for everyone level 85-90, have a refreshing visual design to them. The obvious Chinese influence in the architecture and terrain of the new continent and starting area help breathe new life into the game, providing a welcome change from what we’ve become used to in Azeroth, Outland, and Deepholm.

While admittedly not everything about the leveling experience was fluid, given that a number of quest areas simply end without further guidance in addition to some quests being outright broken, I found that the humor and innovation Blizzard employed in the quests was enough to make even someone like myself (having played since launch) enjoy himself immensely.

I’ll comment further on some of the new types of quests when I go over the my experiences from level 85-89 in depth, but to put it simply I had fun and that’s exactly what I wasn’t expecting going into the beta, being rather cynical about the concept of the Pandaren as a whole, as well as having long extinguished my interest in reaching the new level cap brought with each expansion. 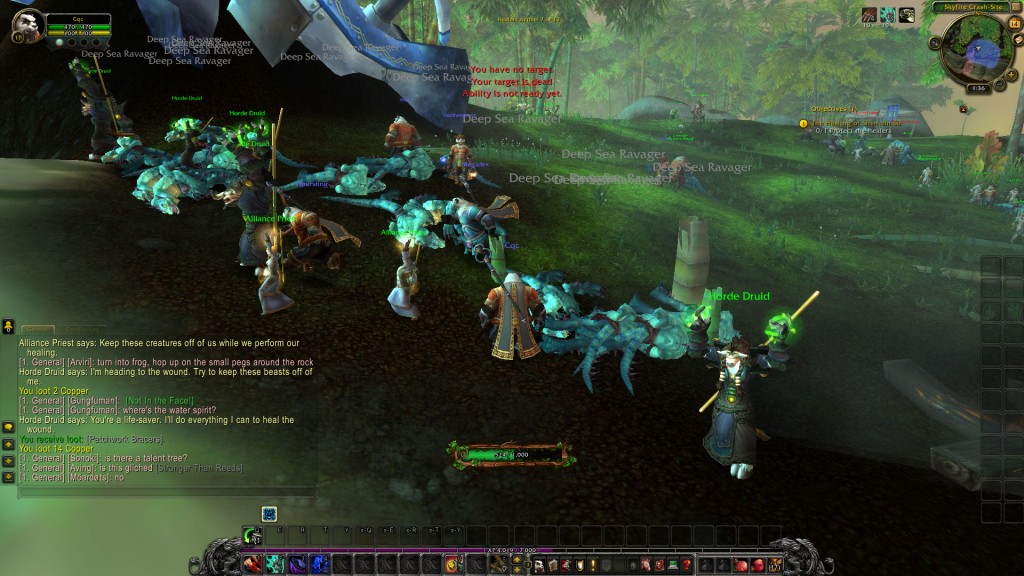 To come to the point, the Pandaren starting area is basically a low level version of what you’ll be doing on the level 85-90 continent in that it involves Pandas, rodents with strange attachments to vegetables, and alcohol. Also fun.

As I mentioned above the entire starting area is in fact a gigantic moving turtle, and the primary quest chain you’ll be completing relates to your quest to rescue this turtle from death after it suffers a mysterious injury. Eventually you’ll discover that this injury is the product of a massive Alliance airship crashing into the side of the turtle, bringing with them the faction politics of the Horde and Alliance that we’ve come to know and love.

After completing a series of quests where you help both Horde and Alliance survivors before healing the Turtle of its injury to ensure the safety of your people, you’re allowed to choose which faction you wish to join. While playing the beta I was unable to use my favorite leveling guide, but once the game is fully released you’ll be able to benefit from its guidance in navigating the new content in Pandaria. 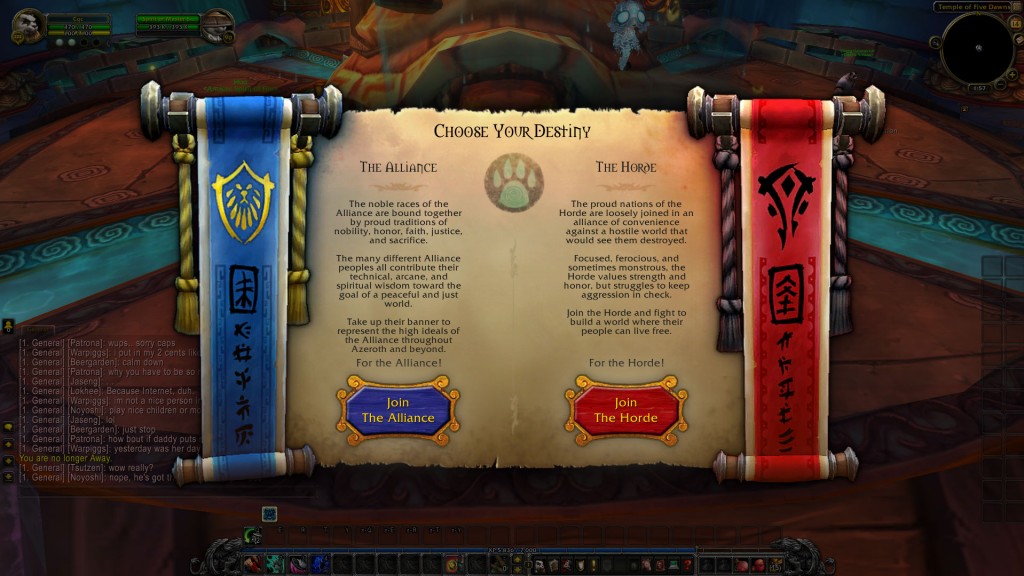 Read part 2 here: A look into Mists of Pandaria part 2