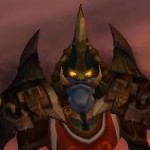 Beast Mastery Hunters are expert trackers and  form tight bonds with the animals of the wild, training great hawks, cats, bears, and many other beasts to fight alongside them.. They enhance their own abilities by attuning themselves to the feral aspects of these creatures. More than the other Hunter specs, Beast Masters make an excellent team with their chosen animal.

This guide will show you how to do as much damage as possible, in a raid setting with your Beast Mastery spec.

Glyphs come in three varieties, Prime, Major and Minor.  One of each can be obtained at levels 25, 50, and 75, three total of each at level 75. Glyphs are learned permanently and can be swapped in and out with either Vanishing powder (up to level 81) or Dust of Disappearance (level 81+.) This allows you to change your glyphs as the situation changes.

Minor Glyphs often times provide small quality of life improvements or visual changes, such as the glyph of Feign Death, which reduces the cooldown of that ability by 5 seconds.

Mandatory glyphs (below) are clearly the best in class and really are the only worthwhile ones to use.

Keep your Hunter’s Mark and Serpent Sting applied to the target at all times. Your highest priority damage ability is kill command, and then kill shot when a mob is at 20% health or lower.  Arcane shot is used to avoid capping your focus, but should only be used to around 40 focus so that kill command can continue to be used on Cooldown.

Your primary damage for multi-target fights comes from explosive traps and Multi-Shot, as well as a pet with an AoE ability.  A multi-target rotation of Multi-Shot and Explosive Trap should only be used in situations of more than 4 or 5 mobs, otherwise continue your single target rotation.

When reforging look first for 8% hit rating before maximizing your critical strike chance.  On any gear without critical already present, reforge the weakest stat, Mastery and Haste,  into critical rating.

Agility is King. Agility is so much better than the other stats that the cheaper Wrath enchants outperform the expensive Cataclysm enchants. Profession specials are not included in the list. Each profession has an ability that, on average, offers about +80 Agility. As of the release of 4.3 and the introduction of Epic gems, Blacksmithing pulls ahead. It allows you to slot two +50 Agility gems (one wrist, one glove) for +20 gain over the other profs.

If you don’t have the gold for some of these enchants then either earn more gold or go for a lesser enchant that’s as close to Agility as possible. 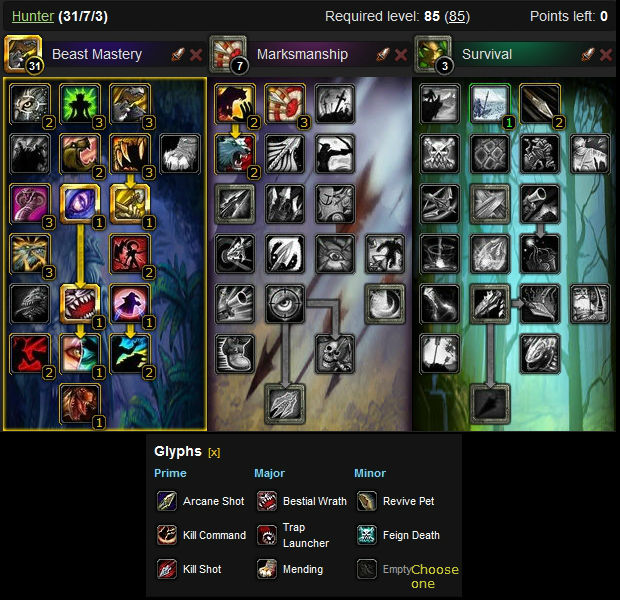