After Silver you can go onto the Gold achievment and then Endless. This is where you fight wave after wave until you get bored of the whole thing. Gold has ten waves, ending with a boss type Sha. Silver has eight, with no major boss. 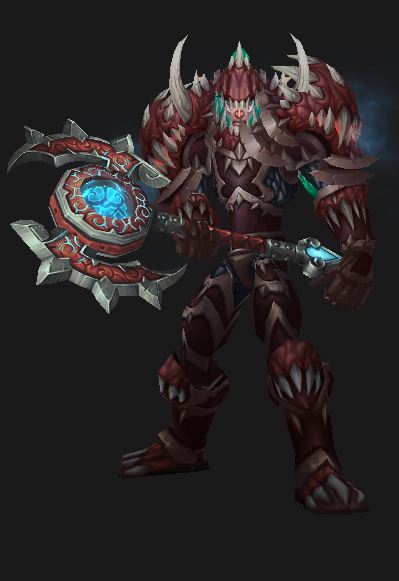 While the Proving Ground won’t perfectly mimic your raid bosses or situations, you won’t be taking damage, for example, they’re much better than the practice dummies in the big city. The dummies are great for leaning your keybinds and getting your rotations down, the Proving Grounds are the next step up.

One more note: All of your gear is scaled down to 463, including any legendaries you might have. Normal gems and enchants are not scaled, so make sure all of your gear is properly gemmed and enchanted. Their is a reforger on the grounds, so you can play around with stats.

How do you get to the grounds? Just ask your trainer, he’ll send you right over.

BTW – You can get a “You Did It Wrong!” achievement if you tank as Arms or Fury. You could even try the healer one, if you’re good with your bandages. 😉

As mentioned above, everything is scaled down to 463. Regular gems and enchants, being lower level than that, are not scaled down.

Hit and Expertise: The caps for both are 7.5% and you do want to try to hit them. If you are capped in your normal (not downscaled) gear then you will also be capped in the Proving Grounds.

After that, you want Crit > Mastery > Haste.

Arms Warrior Going for the Silver

This one is in German, but there is no text so it will be easy to follow. The mobs should be fairly clear. Proving that Arms Warriors have this too easy he has enough time to eat in between waves. 😉

Arms Warrior Going for the Gold

In this video the author describes when he’s doing for each of the ten waves of the Gold achievement.

No description here, just a Titan’s Grip Fury Warrior cleaning up the place. Technique is similar to above, but he doesn’t have the Deep Wounds of Thunderclap.

The author goes through a few of the Endless Waves, with some running commentary.

Now go do it on your own!

Add your own comments and tips below.