WoW Shaman Guide for the World of Warcraft 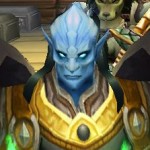 Shaman are spiritual guides and practitioners, not of the divine, but of the very elements. Unlike some other mystics, shaman commune with forces that are not strictly benevolent. The elements are chaotic, and left to their own devices, they rage against one another in unending primal fury. It is the call of the shaman to bring balance to this chaos. Acting as moderators among earth, fire, water, and air, shaman summon totems that focus the elements to support the shaman’s allies or punish those who threaten them. (battle.net source)

This page is an overview of the Shaman class in WoW. For more specific details for each specialization (spec) of Shaman, including talents, rotations, and other details see the Other Shaman Guides links below.

Leveling your Shaman? Shaman leveling is as easy as any other class, unless you’re Resto, and even that isn’t bad if you’re dungeon leveling.

Quest leveling is about as fast as other forms of leveling. If you don’t care for the pace, frustrations, and occasional jerks in PvP or the dungeon groups you’re joining, then questing is a good way to go.

Still, with a bazillion quests to do it can take awhile. Here’s how to smooth the process.

This guide is a widget which sits in your in-game window and shows you exactly where to go and what to do, every step of the way, all the way to max level. Whether you’re new to WoW or an old hand, Zygor has your back.  Grab yours here. 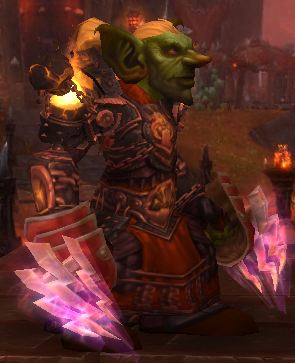 The Shaman, being something of a hybrid class, possesses numerous abilities which all them to be capable of excelling within one while remaining viable for support within the others.

These paths are Healing, Melee Damage, and Ranged damage. At level 10 you will pick your Specialization which will define your primary capability.

Buffs and Nerfage:  One day any given class might rule and on the next day the same class might drool. Hot fixes and minor patches tweak the class balance and things eventually settle down.

Those of you with multiple characters at max level can play the “flavor of the minute” game, but we won’t do that on these pages. Instead we’ll concentrate on what should be good builds and mechanics and let the buff/nerf game sort itself out.

Also, note that this page is an overview of the Shaman class, you can get a lot more detail on these pages, including gems, enchants, rotations, etc:

So what do you want to play? Each race has its own flavor. Note that for some of them, the allied races,  you will need to earn an achievement and then head over to their embassy at Stormwind or Orgrimmar and do a quest line to make that race playable.

You can find a complete list of all the available Shaman races on our Shaman leveling guide. 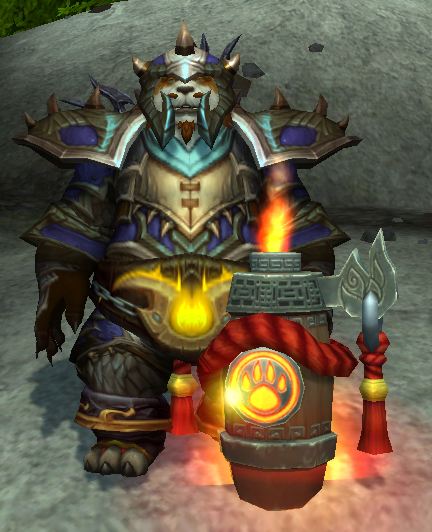 Shaman abilities are divided into three primary spell trees: Elemental, Enhancement, and Restoration.  Each serves a purpose in gifting the shaman with the ability to support or lead in a variety of scenarios.

The Restoration tree is obviously healing centric, Enhancement is for those who like crushing skulls face to face, and Elemental (my personal favorite) is for anyone wanting to nuke the target from orbit… figuratively speaking.

Whether you be enhancement, elemental, or even restoration, a large amount of our killing ability comes directly from the spells we learn and that remains whether you choose to improve them or not.  With careful play an elemental shaman can also match enhancement for sheer leveling speed.

Totems gift all shamans with the ability to bring along helpers (totems,) each emitting dramatically helpful increases to damage, mana regeneration, and much more, depending upon what the shaman requires for each encounter.

With totems comes the Shaman’s adaptability, although they are forced to remain in one spot (certain talents will modify this.)

See below for more on totems and weapon enchants.

However we have more than just totems to enhance our effectiveness. Shamans also possess numerous pseudo-enchants for melee weapons, each providing a separate style of buff such as a chance for extra attacks (windfury) or additional fire/frost damage.

These spells represent a massive boost to melee DPS for enhancement shamans, and with use of dual-wield you gain an even higher chance to “proc” the effects, being able to apply them to both right and left hand weapons.

Beyond melee abilities, Shaman possess elemental attacks giving them the ability to play the role of ranged caster, elemental shamans being quite versatile and capable in PvP and playing a lesser role if at all in raiding.

Finally, the crown jewel: healing.  Shamans, with their totems and healing capabilities, represent one of the most desired healers for all endgame raiding. Chain heal brings massive amounts of health back to multiple raid members and renders us one of the best instance healers in the game.

With the combination of all these facets, Shamans become an immensely powerful class for any situation conceivable with the added bonus of being great soloers. Not bad, at all.

Elemental is the ranged caster tree of the shaman, comparable to, say, a Druid’s Moonkin/Balance spec, it’s just that we happen to avoid the whole turning into an over-sized owlbear in the process, a definite positive.

Intellect is the go-to stat for Elemental and your Spellpower is based on your Int.

Enhancement is our high Agility and attack power spec. To put it simply: how to hit stuff really hard and make it die.

Enhancement is the goto spec for efficient leveling, using our potent melee capabilities to bring death to the enemy.

Windfury is the primary weapon buff of choice when leveling enhancement, and for good reason too.  Windfury provides you with a solid attack boost.

You’ll find yourself mowing down even level or higher mobs without much trouble at all.

Restoration is healing, the thing that makes us so wildly useful in raids with our massive amounts of semi-AoE healing with chain heal spam.  Restoration shamans are in high demand in raiding for good reason, we bring massive amounts of utility via insane healing capabilities and totems as a side-dish.

PvE wise we excel, many of the current endgame raids practically demand three shamans healers if not even more, and even in small time instances you’ll find yourself quite capable of main-healing all the way through.

See our Restoration Shaman guide for more on this build, for PvE, and check out our Dungeon Leveling Guide if you want to go the dungeon route. If you’re the PvP type then check out our Resto PvP page. 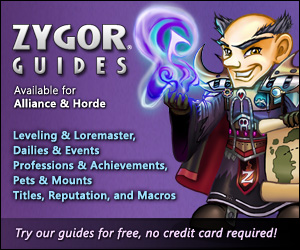 The Shaman gets a variety of useful tools to assist in laying down the destruction (or healing.) Some of these are the Totems they use, others are weapon effects.

Totems are dropped near the Shaman as necessary and you have a number to choose from, depending on your needs. Totems last for varying times or until killed (and they’re easily killed) or removed by the Shaman.

Totem abilities, available to any shaman.

These are enchants that you will keep on your weapons at all times.

If your other characters are rich, and under the level cap, then go ahead and level a crafting profession. If you’re poor then you might want to stick with the gathering professions for awhile.

You can earn gold with the crafting professions, but it takes some work, it helps if you’re very high level with the skill, and you need to keep an eye on the Auction House.

All three gathering skills are good money-makers; you get to pick two. I suggest Mining and Herbalism, because they both give very nice XP.

Once upon a time there were Profession Bonuses (such as increased crit,) but now all of the profession bonuses are gone. 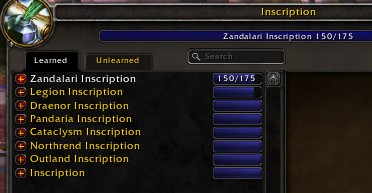 One interesting change with Battle for Azeroth is that the professions were each broken up into several sub-skills.

Instead of having one skill maxing out at 900 points or whatever, you now have 8 skills.

Yes, this means you can level a skill in Legion or BFA without leveling the earlier skills. This carries over into Shadowlands.

Ok, so you have enough gold to level a profession, and note that it’s pretty cheap in Draanor, so here’s the scoop:

Fly through the Shadowlands
and much more.
Click Here to start!

Shaman leveling is pretty easy and all specs work well, though Resto will want to be in a group.  Still, there are thousands of quests and a bazillion mobs to kill (not to mention other players, but they don’t count here.) Sorting out which quests are best and which series of quests will get you to the level cap the fastest is another game, which is why we highly recommend Zygor’s Guide.

Playing with Heirlooms and/or Recruit a friend? Gaining a few levels in the dungeons or in PvP? Zygor’s has your back. The guide knows what level you are and will correctly suggest where to go next. It will also dump all of your obsolete quests. And you will probably never need to look at your quest log again. Not even in Warlords of Draenor or Legion.

Like this page? How about liking, sharing, or commenting on it?

2 thoughts on “WoW Shaman Guide for the World of Warcraft”