Updated for Mists of Pandaria 5.3 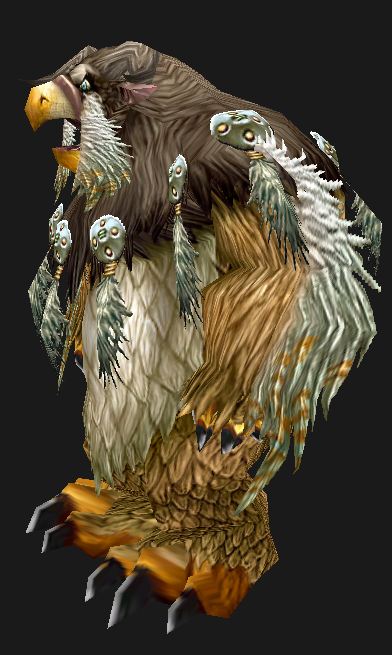 Balance can be an effective spec for Druids in all forms of PvP, though it may be more of a challenge than Feral or Resto. (If you’re looking for info on raiding or leveling then see our Balance PvE and Druid Leveling pages.)

No real changes came to the Balance Druid with the 5.3 patch. The changes that effect everyone are the massive PvP Power nerf and the changes to resilience.

Int is now your best damage stat in 5.3 and you should stack it.

PvP Power is of lower value than Int, especially with patch 5.3. It’s not bad, but Int is better. (See here for how PvP Power and Resilience work.)

Resilience was greatly changed in 5.3. Walk into the battlefield naked and you still have 65% Resilience. It’s also been removed from most gear, though you can gem and enchant for it. Doing so will mean that you do less damage, which will make you less able to punch through the other’s guy’s 65%. Still, if you’re feeling squishy then go for it.

Hit and Spirit (Balance of Power) and Expertise add into your Spell Hit. If your Spell Hit is low and you have a piece of Hit/Crit gear you can reforge the Crit to Expertise and see the increase in your Spell Hit. Getting the 6% Hit should be trivial, you’ll probably want to reforge some of it away. Total Spell Hit over 6% is useless.

Spirit how much you need depends on how happy you are with your mana regen. It also adds to your Spell Hit rating. It’s completely your call on how much you will need. If your Out Of Mana (OOM) all the time, then get more. If you’re at full (or nearly) all the time then drop some for other stats. Keep an eye on that Hit rating, though.

Crit becomes very strong when you have many targets, they’re all DOTed, and you’re getting the procs.

Haste speeds everything up, including DOT ticks and your mana usage (more spells in less time.)

Mastery, while nice, isn’t as nice as the other stats.

Roatations – while PvP doesn’t have rotations you can get some idea of how to generate maximum damage on our Balance for raids page.  Just adapt those routines appropriately.

Also check out the video, below, for BG tips.

You can see much more about Druid PvP on Skill-Capped. Not free, but a very low-price.

Talents can be changed, one at a time, on the fly, just like glyphs. Need to change for a particular fight? Moving from Altarac Valley to 2s? All you need is one Tome of the Clear Mind, from your reagents or Inscription Supplies vendor, per talent change. (Naturally your trainer can clear the whole list, for just a few gold.)

See below for talent explanations. 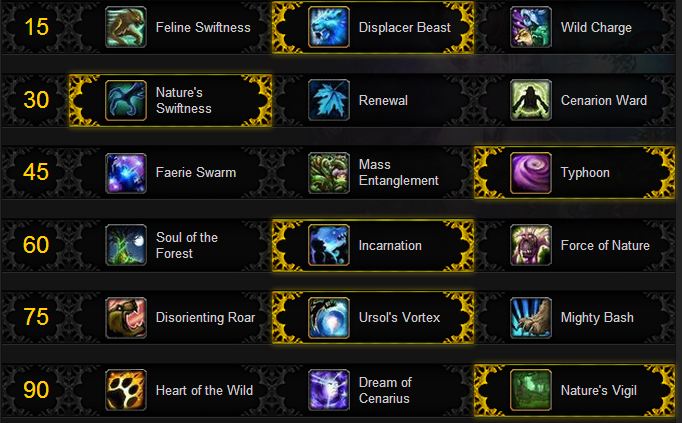 The above picks are checkmarked

One of the Developer goals in M of P was to make a variety of glyphs useful, instead of just a couple. They’re succeeded. Depending on your situation different glyphs will be better than at other times. Fortunately they can be easily changed, one at a time, just like talents, with a Tome of the Clear Mind.

More or less in order of interest:

These are all of non-combat utility or simply cosmetic.

Gems for the Balance Druid

In M of P, the gems with secondary stats have twice the value of gems with primary stats, so your Haste gems are 320 points and your Int gems are 160. This gives reason to match socket bonuses, esp. since they are all for Int, PvP Power, or Resilience. Go here if you need gold for gems.

With the 5.3 nerf to PvP Power you will probably want to gem for Int and use hybrid Int gems for the yellow and blue sockets.

Remember that your Leather Specialization adds to any Int gem (and other Int) bonuses, making them worth 5% more Int. That bonus does not add to other stats.

Helm enchants are gone in Mists of Pandaria, shoulder enchants come from the Inscription profession. The only Resilience enchant is the chest piece, there are no PvP Power enchants other than the Glorious weapon enchant (You need to have earned 27k Conquest points, for the season, to be able to buy it, though you only have to pay 1k.)

Keep in mind that an Expertise enchant will add to your Spell Hit rating, if you need to top off you Spell Hit.

Most of the professions add an average of about 320 Int. Since gems with secondary stats are twice the value of those with primary stats (320 Haste Vs 160 Int, for example) Blacksmithing might be the most valuable profession if you’re just looking for the buffs. You’ll be able to slot the two additional gems.

Jewelcrafting provides only 320 in any stat over non JC gems.

Note the killer Haste cooldown for Herbalism. Mining and skinning aren’t worth much, unless you just want them for the gold.

If Pandarens could be Druids they’d get twice the food buff. All food buffs last one hour.

Alchemists get about 30% more effect and an extra hour from Flasks and Elixirs.

Cataclysm allowed the Worgen and Trolls to become Druids. Mists of Pandaria

made no changes to races or racial abilities and there are no Pandaren Druids.

Now Get Your Druid Leveled Faster

Now that you’re on the way to becoming a lean, mean, killing machine you should grab a full blown leveling guide for your blast to the top levels. Why? It will save you many days of in-game time and a good deal of frustration, even if you already know many or most of the quests. You’ll never again wonder about where to go, what to do, or where to find that thing you’re looking for.

Our recommended leveling guide is Dugi’s Guide. Dugi’s nearly automates the whole leveling path (automatically updating as you complete tasks and quests) and is like having an expert helping you every step of the way.

Pick your starting point and the guide automatically updates and advances as you complete quests, sets a waypoint arrow automatically, and includes all the important quest info.

If you gain a few levels in the dungeons or in PvP, then come back to the guide, you’re still covered. It’ll figure out where you are and adjust accordingly, allowing you to ignore obsolete quests. Whether you’re brand new to WoW or decked head to toe in heirlooms Dugi will get you to the level cap faster than anything else out there. Grab your copy of Dugi’s Leveling Guide, here.