Tip #2: Choose a Class and Race That Will Make This New Experience Fun

This is for the brand new player, not the one with multiple 85s. 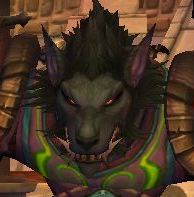 Video game fiends new to WoW, but experienced with other games (including other MMOs,) will find things easier than someone coming to WoW with zero game experience.This post is for those new to the game without a lot of video game experience.

Some classes are just easier for the new player (or anyone) and some are a bit more challenging. It helps to pick a class and race most likely to give you enjoyable and successful gameplay. 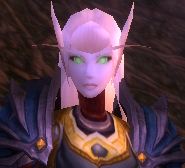 There are ten classes available for the new player (Death Knights aren’t available, since you have to be level 55 with one character before you can play one.)

I’ll break them down into Melee (hand to hand combat,) Bolt lobber (ranged combat with spell or arrow,) and Healer. Some classes do two, some do all three.

You can also refer to “roles,” such as Tank, Melee Damage, Ranged Damage, or Healer. A Tank is for groups heading into dungeons, raids, or against any difficult non-player opponent. It’s the Tank’s job to keep the attentions of that enemy, while the team smashes it.

The Damage (AKA “DPS”) role is just to dish out as much damage as you can to the enemy. Melee does it face to face, Ranged lobs bolts.

Healers do just that, heal whomever needs it.

Some classes can play any role.

While all the classes are fun, I would advise against Priests (healers) and Mages if you are just getting started.

Priests are the most difficult class to level up efficiently when you first start them up, as they just don’t do much damage at the lower levels.

Mages are also difficult for the new player because, in spite of their ability to inflict substantial damage, they are fragile and easily killed. Tactics are extremely important with Mages, and good tactics may be difficult to work out when you are just trying to learn how to play the game for the first time. For both of these classes teaming with others can help. 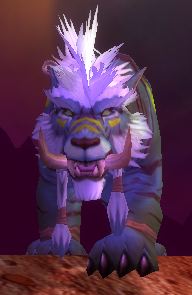 If you can team up with an experienced player then any class you pick will have a much easier time of it, but if you will be doing any solo play these are difficult classes to start off with.

For classes with multiple roles, such as the Druid, it’s easiest to stick with one role until you’re comfortable with how the game works. This means that you won’t be casting spells and healing and melee fighting. Druids are the only class in the game that can do pretty much anything, but that flexibility makes them tougher for new players.

Generally, my suggestion is to stick to melee types unless you’re playing with friends who can help you out (which is a pretty good idea for any skill level of player.)

Probably the easiest of classes to play is the Hunter. Even the in-game character creation screen says they excel at leveling and soloing (playing by yourself.) Hunters also have the ability to capture, train, and use a pet to attack their targets. Your pet will keep the opposition at a safe distance while you fill them with arrows or bullets. They aren’t particularly dependent on fancy gear or special abilities.

Warriors are more dependent on good gear and require a bit more skill since you won’t have the pet helping out. They do a lot of damage and have solid defenses and are also a decent choice.

Rogues take a bit more skill and nice gear really helps. They have nice stealth abilities and do plenty of damage. A pretty decent class to start with if you’re willing to learn a few skills.

I don’t recommend any healing class unless you’re with friends. You won’t do enough damage to take down the opposition efficiently, though with some practice you’ll be hard to kill.

Bolt Lobbers tend to be squishy. They can do plenty of damage, but they can’t take it very well and can’t escape it very well. At low levels, anyway. Warlocks, on the other hand, have pets to help them out and some of those pets will keep the opposition away from you, much like a Hunter’s pets.

For this section I’ll use a Hunter as the example, though the racials are the same regardless of class. All of the Horde and Alliance races can be Hunters, except Gnomes. Why? Ummm, well, er… just because. 😉

Horde or Alliance is really up to you and is determined  by the race you pick. All of the various races have certain special abilities which lend that race some color, but none of them are mighty enough to outshine other racial abilities. Basically, pick whichever race looks and feels right to you, or that your friends will let you play. 😉

For more racial details you can see our WoW Races Page.

Naturally, you will want to pick the class and race that appeals to you the most. If you really want to play a Druid or other “more difficult” class then go for it. Try to get into a nice guild (“nice” being one that you like) and feel free to ask lots of questions.There really are some pretty helpful people out there, though sometimes it doesn’t seem like that’s really the case. Also, if you decide that you don’t like your current class/race/look you are allowed to have ten characters on each server and 50 total. Experiment a bit and you get the right combination to take to level 85 (and beyond, when Mist of Pandaria launches.)

Lastly, if you really like your character but want to be on the other side of things (eg: Horde to Alliance) you can also change your race and/or your faction by paying Blizzard a few IRL (In Real Life) dollars. You can even transfer to a new server.

Now get out there and enjoy the game!