How to Equip Any Mage in WoW PvP

Updated for Warords of Draenor 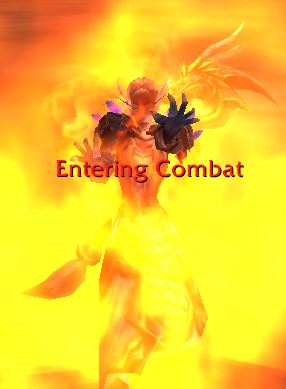 This guide was originally a collaborative effort between Venruki and Tosan, produced by SkillCapped. (All of their written guides are available for free, and can be posted anywhere with a link back. Here’s the original page.)

GotWarcraft note: This guide has been updated for Warlords of  by us. While this page was originally for Frost Mages, we’ve also updated it to apply to any mage. The differences in gearing between specs are small and are mainly just in the preferred stats.

If you repost this page we’d appreciate your linking back here. Also note that we have PvP pages up for each mage spec: Arcane, Fire, and Frost. Yes, you can PvP as Arcane, you’ll just find the trip to Gladiator to be … challenging. 😉

Are you Level 100? Obviously this page assumes you’re level 100. If you’re not there yet then you’ll want to check out our mage leveling page.

Warlords of Draenor Changes for Mages

See our Mage Changes in Warlords post for all the changes, what’s below is a summary.

Gear: gems slots are few and far between. The gems that are available are all Prismatic, which means they will fit into any socket (min ilevel 600.) The new gems do not (yet) cover primary stats, not do the new enchants.

Warlords PvP gear will have a secondary item level that activates whenever the character is in a PvP area (Arena, Battlegrounds, Ashran) or engages in PvP combat with another player. During this item level transition, the character’s relative health remains the same.

Set bonuses are missing on much of the gear, though some pieces have them.

Stats: Hit, Expertise, Resilience, and Reforging are all dead. You have two new stats, Versatility and Multistrike. Each spec of Mage (and everyone else) also has an “attuned” stat, which gives you a 5% bonus to that stat. PvP power also seems to be missing from the new gear.

Various abilities have been removed, others are restricted to one or another spec. For example, Conjure Mana Gem, Pyromaniac, and Improved Counterspell have been removed. Shatter and Deep Freeze are now Frost only.

Talents – other than ten new levels and a new talent row, some talents have changed. Alter Time (nerfed hard) and Mirror Image are now talents. Presence of Mind is now Arcane only, Temporal Shield, Incanter’s Ward, and Invocation are replaced and are dead.

If you need to get to level 100 faster, then check out our Zygor review.

Warlords note: Hit, Expertise, and Resilience are dead. So is Reforging.

You have two new stats, Multistrike and Versatility. In addition, each mage has an “Attuned” stat, which gives you a 5% bonus (from all sources) to that stat. All of the attuned abilities are level 90 and are passive. Your Multistrikes can crit. The relative values of these two stats shown in the priorities below are estimates.

All Mages – Your main priority is:  Int.

Notes about the Stats

In this section, you will find a list of stats along with their descriptions; stats are ordered based on their importance. While gearing, you should focus on achieving the following stats based on this priority hierarchy:

For the gems sockets that might be available, there are no socket colors, no meta gems, and all of the sockets are “Prismatic,” as are the gems. Also, none of these gems add Int, they are all for the various secondary stats. Socket bonuses are also gone.

Those Prismatic gems require an item level of 600, so no sticking them in earlier PvP gear.

Assuming the existence of Socketed Gear…

Gems with secondary stats have twice the value of gems with primary stats, so your Haste gems are 20 points and your Int gems are 10. Socket bonuses are all Int or PvP power and you should match sockets to get the bonuses.

Your Mage bonus adds to any Int gem bonuses, making them worth 5% more Int. That bonus does not add to other stats.

Note: “Perfect” gems have the same stats as “regular” gems, but one or the other may be at a much lower cost (and it won’t always be the perfect gems.) When searching, for example, for a Brilliant gem also search for a “perfect brilliant” gem. Might as well save some gold. Or you could use our gold guide and earn more.

Match sockets that have an Int bonus. Socket bonuses that are for PvP Power are not worth it. Gem for Int instead (Fire might consider Crit.)

Helm enchants are gone in Mists of Pandaria, shoulder enchants all come from the Inscription profession.

Warlords note: the new enchants cover the secondary stats, not primary stats (yet.) Profession bonuses are dead. Your rings and neck items can now be enchanted. So far those and your weapons and cloaks are the only items with Warlords enchants.

Unlike the gems, the Warlords enchants are available to be used on Warlords PvP gear.

This section is geared towards people who have recently hit 100 for the first time, or have an under-geared alt that needs to be primed for beginning the PvP gear grind. (If you’re not yet 100, see our leveling guide.)

Upon achieving level 100, we do NOT advise you to just jump into an Arena, or start grinding Battleground’s, or do any sort of PvP for that matter fresh off of leveling in your leveling items. Chances are many/most of the enemies in a Battleground will significantly out-gear your fresh level 100, which means they will have a significant advantage over you in a PvP setting.

Season 15 Crafted Gear for when you hit 90

Scroll down a bit for level 100 gear.

Yes, season 15. Warlords crafted PvP gear is not available as of this writing. If you have the gold it’s a good way to immediately get into decent gear, then you can start grinding up the better stuff.

If you’re PvPing at 90ish then this is a good set to get.

Gems and Enchants? See the gem section, above, if you want to gem and enchant this gear.

If you, or a very near and dear friend, have tailoring (or if you’re rich,) then you can make (or buy) three pieces of crafted gear. The weapon is 630 and the armor is 640. While not as good as the PvP gear you will be able to equip it as early as level 91. All these items can be upgraded, but at a major materials cost. Your Garrison will be a big help in acquiring those materials within your lifetime (or the lifetime of the Warlords expansion.) Figure at least 30-50k to buy these three. They can be used at level 91, which is pretty nice if you’re not yet 100.

The secondary stats on the crafted items are random, but you can craft (or buy) an item which will reroll them until you have what you like.

Note that PvE gear is up rated to 650 in instanced PvP (BGs and arena.) This makes upgrading your expensive crafted pieces less important. Higher level PvE pieces are not (yet) downrated as they were in season 14 & 15.

Warlords of Draenor’s PvP gear is a bit different than before. Instead of using PvP Power (now dead) to give the PvP gear an edge it now uses two ratings. PvP gear will have both a PvE and a PvP item level. There are three levels of PvP gear than you can gain, the first two can be “Warforged,” which adds another 6 item levels.

Warlords has also introduced strongboxes as rewards for doing at least decently well in the BGs or PvP events. The boxes can contain gold and/or honor and/or gear. The gear will usually be Aspirant, sometimes honor, and very rarely conquest. The better your team does in the event/BG then higher the quality of the box you’ll win.

You can still spend points on Honor and Conquest gear, just like always.

Should I get the Honor Gear?

You’re freshly 100 and have (or you should have) the crafted gear. The honor gear is the next step up. You can go into areanas and RBGs with your leveling gear or dungeon gear, but you’ll find yourself being a doormat to those who geared up properly. With the Strongboxes, in addition to the points, gearing up should go fairly quickly.

Should I use Any PvE Gear?

Only until you can replace it with PvP gear. The PvP gear will get a significant item level boost in PvP situations (see above,) which PvE gear will not get.These situations include World PvP.

Gems and enchants will help you out significantly, but some are expensive. (Go here if you need the gold to get these items.) Drop down to the “next best” enchant until you can afford the better enchants. Of course, a friendly enchanter or your guild might be able to help out.

If you do not already have a trinket that removes movement impairing effects, THIS SHOULD BE YOUR FIRST PICK-UP.

In season 15 there was a requirement for the weapons in that you had to have earned 7,250 honor points in the season. In Warlords your Honor weapon has no such requirement, The Conquest weapon does.

Conquest Weapons require 7,250 accumulated Conquest points before you can buy them. Honor weapons do not.

For your Conquest gear you will need to get the head and gloves first, then the weapons. The order of acquisition is otherwise the same.

Important note: there are two pieces available for any given slot (Conquest items have three, with appropriate faction rep.) One of those pieces has the set bonus, the other does not. If you really like the set bonus then make sure that’s the piece you by (Head, Chest, Legs, Shoulders, and Gloves are your set pieces.) Of the three pieces of Conquest gear only one will come with the set bonus.

Profession bonuses are dead in Warlords, so the value of any profession is basically the gear or the gold that you can make.

Your tailoring will make the crafted armor mentioned above, Inscription will make the staff. These crafts will also make the bits needed to reroll stats and upgrade the items you create, if you’re so inclined.

Engineering makes some nice head pieces, rockets, shields, and invisibility devices, and some other nice toys. The rockets and such can’t be used in rated PvP, however.

As far as the gear goes…

They Make PvP Easier, YOU Get Better! Click Now for Skill-Capped

What did you think of this guide? Good? Bad? TD:DR? Leave a comment and and use those sharing buttons, Ok? Thanks.

7 thoughts on “Mage PvP Gear in Warlords of Draenor”