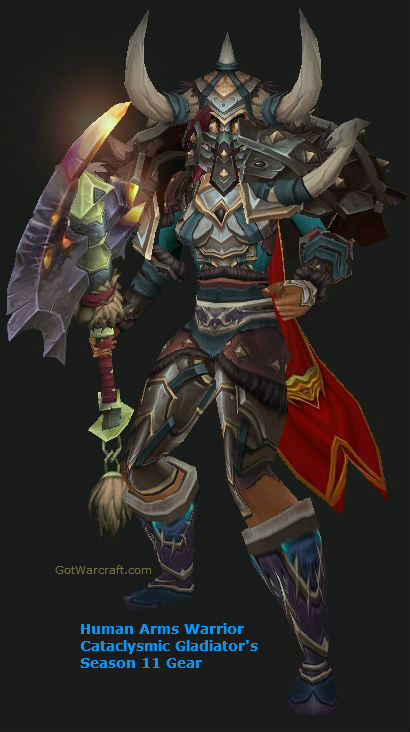 Warriors in Warlords have lost a number of abilities, several having to do with crowd control. (Fortunately, so has everyone else.)

Various abilities have also changed. See our Warrior changes in WoD post for all the changes, though some will be noted below. All of the changes were intended to streamline the character and reduce “button bloat” (from too many abilities.)

Even with all of the changes the Arms Warrior can lay down plenty of hurt. You got a Mastery buff in 6.2, so the affected strikes will all hit that much harder.

For Arms in instances and raids see: Arms PvE (Yes, Arms can PvE)

Now get out there and kill someone. 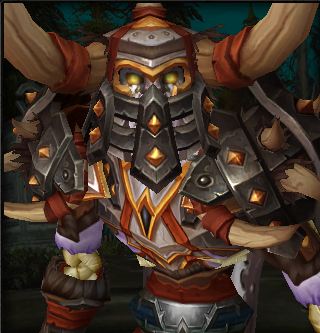 A brief overview of the Arms Warrior for PvP

Get Leveled Faster, even in Warlords

Changing talents is easy and works just like changing glyphs. Bring up your talent page in-game, click the row you want to change, spend the indicated dust/powder/tome, and pick the new talent. Your trainer can also reset all of your talents at once.

Most of the Warrior talents have at least situation use. Depending on what you’re doing at the moment you might be swapping talents regularly. Our picks are checked, 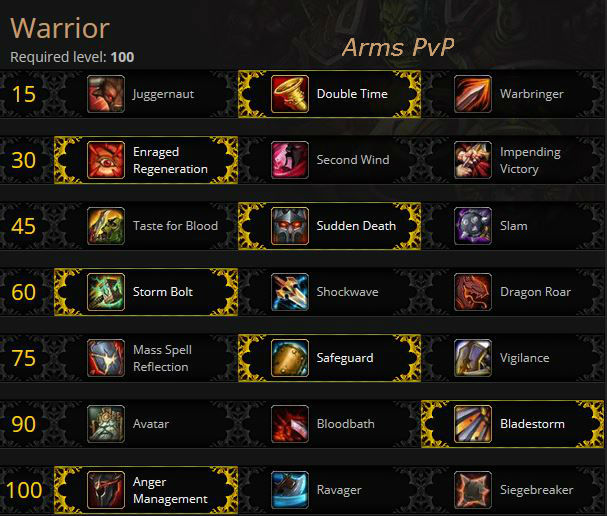 How do you like to Charge? More often or more effectively?

Which heal depends on your game. Second Wind is used by many, Impending Victory heals you right now. Note that abilities which increase your max health will increase the amount healed by these abilities. 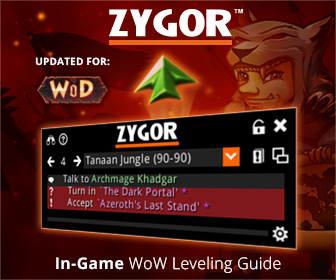 Note that certain glyphs are exclusive with each other. This means that only one of them can be loaded at any one time. For example, the glyphs of Heroic Leap and Death from Above.

The first two are pretty important, the rest of situational, but can be very nice is the right place.

Some others to play with:

These are all pretty much cosmetic, but there are one or two with some value.

Warlords of Draenor did away with Hit, Expertise, Resilience, PvP Power, and reforging. You now have an “attuned stat,” which is mastery, and which comes from your level 90 Weapon Mastery ability, giving you 5% more Mastery from all sources.

You have two new stats, Multistrike and Versatility.

In order of priority:

Tertiary stats that appear on PvE gear do not appear on PvP gear. In addition, you can’t gem or enchant or otherwise stack them. The stats are Leech, Avoidance, etc.

In Brief: gem for Mastery or Crit.

Season 2 Warlords PvP gear has occasional sockets, but only in gear that is randomly generated, such as from boxes won or Gladiator Sanctum work orders. The gear that you buy does not have sockets. All WoD gems will fit into any WoD sockets that are available.

For gear under item level 600

A good gem strategy to match sockets is this:

Note that the “perfect” gem cuts have the same stats as the regular gem. One of the other is likely to be cheaper, by far. Save your gold and grab the cheap one (they’re shown in the table, below.) If your cash flow is bad, such that you can’t buy the gems, then you should check out these gold secrets.

In Brief: Enchant for Crit or Mastery

For gear under 600, the other enchants are still available.

Short on gold? Most of the enchants below have similar enchants available, of lesser value, for less cash. We’ve linked to a couple of these. Check with the rep vendor or the Auction House for others. If you want to buy the best enchants, fund all of your alts, donate to the guild, etc., but don’t have the cash, then see what the Tycoon Addon can do about about fixing your poverty.

Warriors lost some stuff in WoD, including your banners and Symbiosis (which would let you and your Druid borrow an ability from each other.) Here are your Arms specific abilities as they stand in Warlords. Dead or moved abilities are crossed out.

Stuns and Control and Blood and “How to”

While Warlords zapped a number of abilities and changes or moved others, keep in mind that everyone is in the same boat. Charge in, smash and rend, and you’ll get it worked out.

If you’re not in a rated PvP instance then consider one of these for your opener and/or burst:

Bind at least your most used abilities to “easy to reach” keys and practice them until you don’t have to look.

You want to be spending as much time as possible in your target’s face. Besides the obvious, this let’s your Anger Management talent cycle faster, since you’ll be spending more Rage.

If you can anticipate what your opponent might do then you won’t waste your mobility. For example: charging in only to have your opponent blink/disengage away. Save your gap closers for when you need them.

Gearing Up for Arms PvP

PvE or PvP Gear? In Warlords of Draenor the PvP gear has too ratings. One of the PvE and the second, much higher, is for PvP. For example, the honor gear is 620/675, that is: 620 for PvE and 675 for PvP. So you will want to be in the PvP gear as soon as possible.

There are three tiers of PvP gear in Warlords Season 2:

See above for enchants.

The section below will briefly cover gearing up.

If you’re just blasting through the levels then don’t worry about gearing too much. If you want to stick to any particular level then your heirlooms will be very good. If you don’t have the heirlooms then go to your favorite search engine and search on something like level 20 warrior twink.

Your PvP gear vendor is your friend.

Your Heirlooms will be as good as any PvP gear until 70, when you can buy the entire Brutal set for about 2k honor. This set will be better than your heirlooms for a few levels. You can buy similar sets, costing more honor, at 80 and 85.

Basic Gearing up at 90

Level 91 is a bit different in that you can equip three pieces of crafted Draenor gear. This gear starts at 640 for the armor and 630 for the weapons. Each can be boosted by 75 item levels, for a price. This (maxed) gear is basically equivalent to the level 100 season 2 honor gear, and it’s better if you PvE.

Your Draenor Blacksmithing will give you access to everything you need.

In the Battlegrounds and in Ashran (the new PvP zone) you will win honor points, some Conquest points, and find the occasional strongbox. The latter may have pieces of Aspirant or Honor gear, maybe even conquest. So while you grind BGs for the points to buy your honor gear you will also be winning some items.

Which order to by gear is you call, of course, but there is a recommended order which will help you to get “up to speed” faster than otherwise.

Stats: Most of the armor slots have two items available, giving you a bit of choice in stats. Ideally you’ll have Mastery & Crit, but that won’t be possible for all items. There is another item available when you have the conquest points and “Revered” with your leader’s faction, which isn’t any higher level, but which has different stats. For example:

The honor weapons have no “points earned” requirement, while the Conquest weapons do. They require 7,250 accumulated points before you can buy them.

The big (expensive) armor pieces (chest, legs, head) have more stats (Str, etc.) than the lesser pieces, so will give you more power. Note that gem slots are not available from purchased items and only the weapon, cloak, neck, and rings can be enchanted. 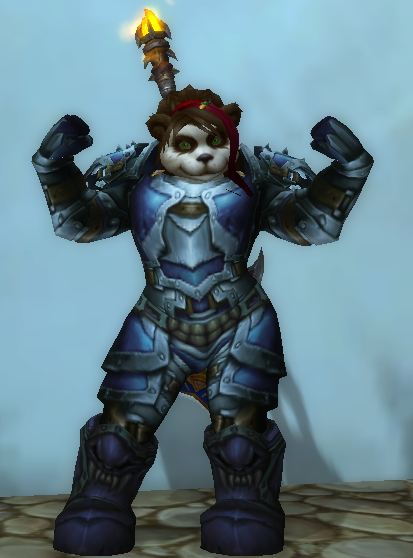 Go with what you like, even if it’s Draenei. None of the racials are that awesome, though the Humans being able to use two DPS trinkets is rather nice. Orcs are a solid Horde choice. Pandarens can be either Horde or Alliance.

More or Less in order from Best to Least

Night Elf – a bit of Crit and Shadowmeld.

Blood Elf – A bit of extra crit and an area silence.

In Warlords all of the profession bonuses are dead.

Blacksmithing will let you make and three nice pieces of gear. Engineering has a lot of useful toys. Mostly the professions are now for that gear and gold making. If you have a level two garrison, a profession hut, and a follower workig that hut you can get some additional perks. None of these are usable in arena, except the Blacksmithing buff.

Ok, you’re not yet high enough level to raid or do the real Arenas. Maybe you’re even level 1. Have a plan to hit the level cap ASAP and get into that yummy end-game content? Or will you just aimlessly wander about the world, trying to decide where to go next?

To make your job a lot easier you should consider an expert leveling guide for your 1-100 blast.

You will never again wonder about where to go or what to do and your leveling will be faster, much faster.

Zygor’s Guide  nearly automates the whole leveling path, from start to finish, for your Warrior. Carve your way through the world and the content at a surprisingly crisp pace. Pick your starting point and the guide automatically updates and advances as you complete quests, it sets a waypoint arrow automatically, and includes the important quest info.

Take a break to do some PvP leveling, instances, or whatever and when you come back to the guide it will figure out what level you are and pick up from there. Automatically.  It doesn’t matter if you’re brand new to WoW or you’re decked out in Heirlooms and using Recruit a Friend, Dugi will get you to the level cap faster.

Boosted to 90? No problem. Zygor will get you to 100 quickly and easily.

And please not than Zygor’s is always updated for the latest patches and expansions, including Warlords of Draenor

Grab your copy here and get leveled!