A WoW Priest Guide, an Overview

This Priest guide is a general overview of the World of Warcraft Priest. For far more detail on the individual specializations (specs) see the links just below. 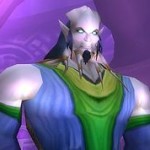 Devoted to the spiritual, Priests express their unwavering faith by serving the people. For millennia they have left behind the confines of their temples and the comfort of their shrines so they can support their allies in war-torn lands. In the midst of terrible conflict, no hero questions the value of the priestly orders. (source)

This Priest guide only covers patch notes applicable to Priests. You can find all of the patch notes on WoW’s official pages.

Battle for Azeroth changes on WoWhead.

A preview of Priests in the Legion expansion, on the BattleNet blog.

WoD brought a lot of changes, from removed abilities to new talents and perks, and much more. Go here for more:  Warlords of Draenor Priest changes

The changes for Mists of Pandaria are here.

All of the official patch notes can be found here.

Quick Guide to All Priests

This is a general Priest guide, but all priests are pretty close in what they need. Unlike, say, Druids. Being casters all Priests will have certain things in common, whether they heal or they’re pure damage machines.

Leveling your Priest? It used to be that Shadow was the only way to go (for leveling) and the leveling process before getting Shadowform was… painfully slow. Now it’s easy to mow down the opposition, plus we have the Dungeon-finder tool and PvP leveling.

If you don’t care for the pace, frustrations, and occasional jerks in PvP or the dungeons then Questing is the way to go and it’s soooo much faster than it used to be (And can be just about as fast as Dungeoning.)   Here’s our favorite guide to get you to the level cap ASAP.

In Battle for Azeroth the Orcs and the High Mountain Tauren are the only races which cannot be priests.  Oddly Enough, the Tauren and the Mag’har Orcs CAN be Priests.

Allied races all start at level 10 and will require you to a few things in order to be able to play one. Generally: you will have to earn an achievement with them, perhaps doing a few daily or world quests and otherwise being useful, and then do a questline starting from the Stormwind or Orgrimmar Embassy.

You can see a full listing of all the Priestly race on our Priest Leveling Guide.

Again, this Priest guide is an overview. Here’s a capsule guide to the three specs, but follow the links for a lot more info.

Priests, like all classes, possess three unique specializations (specs) holding numerous spells designed to support and aid in all pursuits, whether they be damage, healing, or simply survival.

In essence by choosing one spec over another you almost redefine exactly what your class is made to do, as opposed to others who simply improve one function over another (Rogues, for example.) Ultimately this requires you to choose wisely as to which spec you’ll invest your efforts in.

Shadow is the pillar of priest strength and is basically our only source of efficient damage when questing/leveling.  It holds the Nukes, all of our DoT’s, and the only available silence, gained at level 29,

Finally shadow provides the tools to become a viable end-game raiding DPSer and even raid support. With spells such as Vampiric embrace a priest can restore some of her own life as well as to her team members, all while increasing the damage dealt to her target via an assortment of DoTs and direct damage spells.

Leveling as a shadow priest is my personal favorite and the obvious choice for a solo Priest looking to hit the level cap as quickly as possible. It limits your healing abilities somewhat, but all in all gives back far more than enough to make up for it.

By carefully calculating out a spell rotation for whatever mobs you happen to be fighting, you can effectively create a never-ending grinding cycle as you regenerate enough health and mana per fight to more than replace all that was lost from being beat on/using spells.

With shadow being a Priest’s damage capability, discipline is our survivability, it encompasses all our defensive and buffing abilities such as Power Word: Fortitude and Power Word: Shield, both immensely useful for all styles of play including solo leveling, PvP, and raiding.

By going deeper into the discipline tree you gain increasing survivability and mana efficiency, making it an ideal complimenting tree for either shadow or holy, and when chosen as your primary investment it can be ideal for PvP situations.

Holy is the core of what defines a priest, being a spec dedicated entirely to healing.  This was originally the priest’s one and only reason for being viable in teams and raiding in general, and although shadow has now become an equal as far as utility is concerned, holy priests still represent a large factor in group success.

Of our holy spells we gain renew, our only heal over time, as well as heal, the latter being a massive raid saver for the tank when used at the right moment, and multiple AoE healing abilities that drastically improve your odds of completing several boss fights.

Finally the holy tree grants us the ability to ‘improve death” by casting the spirit of redemption form which lasts for 15 seconds after death and giving them the ability to cast heals without mana cost. This often will allow the Priest to save groups from a wipe, demonstrating amazing effectiveness even after death.

Both of these builds are generally used for those who forsake the path of shadow, granting a combined bonus to healing and mana efficiency that shadow won’t require due to its vampiric talents.  Additionally this style of leveling should only be used for those who have a few dedicated leveling buds to call on at any given time, otherwise you’re only slowing yourself down.

Although I won’t recommend this style of killing, it is possible for those who wish to do so. It just won’t be as fast as shadow, no matter what gear you pick up, and you’ll also find your overall power quite low until you hit higher levels.

Basically, if you’re going to stick with either Holy or Disc., you should stick to dungeon and PvP leveling.

Generally speaking, for all Priests:

Gemming in BFA is different than in other expansions. For one, gems are few and far between and only appear on dropped gear, not on vendored gear.

Generally you can only place one Int gem, no matter how many sockets you have. All the rest will be for other stats. If you have a socket then just drop in the gem with your best stat. \

In BFA you can only enchant your rings, and weapon(s.) Most of your other gear can be enchanted at lower levels.

All of the higher level enchants can be added to your level 1 gear. Deck yourself out in full heirlooms and enchant them. The Shoulder and Legs will require a higher level character (85+ in BFA) to install them, but after that your level 1 can use that gear with those enchants.

Zygor showing the quest and who to look for – Click here

WoW has about a bazillion quests and sometimes one is left with the question, “where to go… how do I find… what to do next…?” Especially if you haven’t already leveled several charaters to the max.

Leveling your Priest, of any build, doesn’t have to be an exercise in frustration. Grab yourself a full blown leveling guide, like Zygor’s guide, and you will never again have to ask any of the “Where to go…” questions.

Zygor’s shows you the full step by step path all the way to the end, regardless of your starting point. This means that the guide knows where you are (zone and level) and updates your quests and directions as you move along (though it won’t play the game for you.)

Grab yourself a copy of Zygor’s Leveling guide and blast to level the level cap quickly and painlessly.  And yes, Zygor is 100% Shadowlands ready, Covenants and all. Also dungeons, events, gold, and more.