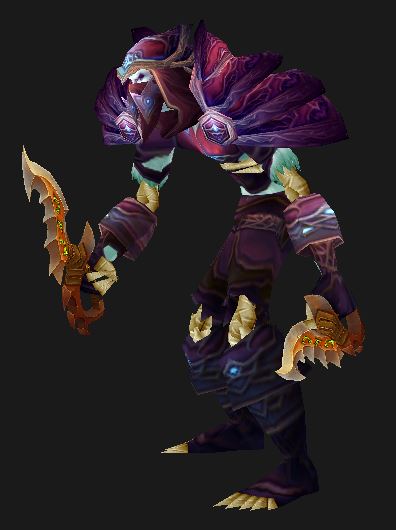 has traditionally been the Rogue PvP spec of choice, mostly due to stuns, burst,  Shadow Dance, and similar abilities.

Assassination, on the other hand, offers a good deal of flexibility and solid damage.  You don’t open as hard as Sub, but you do better continuous damage. With some nice buffs in 6.1 you’re now hitting quite hard and are arguably the favorite PvP  spec for Rogues.

You are now, also, the only Rogue with poisons or bleeds. So coat your blades with blue and purple gunk (lethal and crippling poisons) and get to work laying your DOTs around.

For more detail on Warlords changes see our post on the Rogue changes in Warlords.

These picks give you mobility and defense. Descriptions are below the image and our picks are checked.

Talents are easily switched, almost anytime and anywhere, so if you’re in a situation where one is better than another then go ahead and switch. All you need is to be in an area with “Rested XP,” such as an inn, big city, or your garrison.

You can switch specs any time that you’re out of combat.

Glyphs are dead in Legion. Well, you do have some lesser glyphs, but they are entirely cosmetic and have no combat value at all. Glyph of Disguise might have some RP use, though.

Warlords note: Your Hit, Expertise, Resilience, and Reforging are all gone. You still have the Dual Wield penalty, but there’s nothing you can do about that. Agility no longer adds any crit, but you get an extra 10% through your Critical Strikes ability. This gives you a base 15% chance to crit.

Legion Note: Multistrike is dead and so are your “attuned stats.” All the rest are the same as before and no new stats were added.

Agility increases the damage of everything you do, and is easily your best stat. If you have a choice between agility and any other stat go with the Agility.

Mastery increases the damage of your poisons and directly adds to your Envenom damage, making it the best secondary stat.

Haste speeds up everything you do, the speed of your poisons, and your energy regen. It’s not quite as good the the direct damage increase of Mastery, though.

Crit – Your Seal Fate awards an extra combo point when you crit. Crits do 150% damage in PvP as opposed to 200% in PvE.

Versatility adds to your damage, healing, and damage reduction (at half value.) It doesn’t add nearly the damage of the others, but it does have that defensive value.

Multistrike has a chance to add one additional strike (two chances in PvE,) at 30% effect, on any of your melee attacks. It does not proc off of Poison damage or DOTs, and that’s where a lot of your damage comes from, making it less valuable for you than for other specs and classes. As with Crit it is less effective in PvP then PvE, by about 50%.

Resilience and PvP Power are  dead on warlords gear, but are still available on level 90 and lower gear.

Reforging is dead and gone in WoD. In order to stack stats you will have to use gems, enchants, and careful gear choices.

These are the unique abilities that you will have while practicing Assassination. Note that this spec demands daggers, so if you’re a sword user then go Combat.

Keep your weapons poisoned at all times or you will gimp your damage.

Perks are also dead in Legion.

Poisons are applied from any of your main attacks, as well as auto-attacks. You get additional energy from your Venomous Wounds procs. Basically you very much want to have your weapons poisoned at all times. And in Legion you are the only Rogue spec using poisons.

In Legion there is little or no gemming, outside of artifact mods. This section is left here for the use of Rogues level 100 and lower who might have gear with gem sockets.

If you have a gem socket, then gem for Mastery. The best gem is: Immaculate Mastery Taladite: +75 Mastery

Note that gem sockets only appear on gear that’s won from the various boxes earned in Ashran and the BGs. They also sometimes appear on gear from your Gladiator’s Sanctum. They never appear on vendored gear, either PvP or Raid. This means that, with rare exceptions, none of your conquest gear will have sockets.

If you need the gold for gems, enchants, etc see our gold guide to get started with building your stash.

Note that the Warlords stats squish has taken your Agility gems from 160 points to 10. Mastery gems from 320 to 20. Since everything else has been squished by a similar amount the gems values should have about the same overall effect as before.

Gems that used to have Hit now have Crit. Gems that had Expertise now have Haste. Ditto for Enchants.

Matching socket colors: You can use these gems:

Aw frag it: Just put a Delicate Primordial Ruby, or similar Agility gem, in all gem sockets and skip the others.

As with the gems, this section is left here for those Rogues who might be PvPing at level 100 or lower and have some gear they want to enchant.

In Warlords you can enchant your rings, cloak, neck piece, and weapons. Enchant for Mastery in all cases, though you might want to consider the bleed enchant for at least one weapon.

For you twinks: All the enchants can be added to level 1 gear, such as your heirlooms, including the Draenor enchants.

Note: Procs from separate weapons do stack with each other. Back to back procs from the same weapon do not stack, but they do refresh the duration of the effect.

Assassination Consumables and Gear for PvP

All of your potions, flasks, and other chemicals and buffs are fine in World PvP and most are fine in regular Battlegrounds. There are restrictions in what you can use in the Rated BGs and Arenas.

Assuming that you’re not in rated PvP then the consumables will add a bonus to your stats.

Gear: See our Rogue PvP Gear page for info on gearing up.

In Warlords of Draenor all racial abilities that had to do with Hit or Expertise are gone. Most of them have been replaced with other abilities (but not for Orcs.) This gives all races some ability that adds to their damage.

How To: Assassination in Warlords

The Assassination spec brings some pros and cons to the PvP game, as compared to Subtlety and Combat, so here’s a quick overview of the strengths and Weaknesses:

Remember that once you have the perk you can take Slice & Dice out of the rotation.

You only need one combo point to get Slice and Dice started, since your next Envenom will refresh it to it’s full duration. You shouldn’t need to refresh it again until the fight is over. Pool energy before you Envenom, if possible, so that you can get your main strikes in during the Envenom buff.

A nice intro to Assassination basics in the first half and PvP in the second half.

In Warlords all of the profession enchants/bonuses have been removed. No more sockets from Blacksmithing or Synapse Springs from Engineering.

Engineering still has a number of useful toys which can be used in World PvP and the BGs, not to mention the mounts. Leatherworking will let you make some nice starting raid gear that you can wear at level 91. Blacksmithing is for the weapons.

Gathering is just for the gold or to supply other professions.

Now you’re all ready to start assassinating the opposition, but you’re not yet 100. Or you’re leveling another alt. Either way, to get to 100 all you have to do first is complete thousands of quests and kill a bazillion mobs of all sorts. Just in case you don’t already have the entire leveling path memorized might we suggest a full blown Rogue leveling guide?

Zygor’s Guide is the solution. What it does is show you where to go and what to do for you entire leveling path, whether you’re starting from level 1 or 79. Quests and tasks are automatically updated as you complete them and not only will you never again wonder where you have to go you will not have to look up any of there “what do I need to do here…” stuff, it’s all in the guide. Zygor’s shows you what to do and where to go every step of the way.

Like to level in the dungeons and battlegrounds, as well as through questing? No problem, Zygor’s guide has gemmed for Int and is smart enough to always point you where you need to go next, regardless of how many levels you gained in the dungeons or by killing players. It’ll even clean up your obsolete quests.

Zygor’s is always quickly updated for all patches and expansions, including Warlords of Draenor, and comes with some nice extras, but you’ll have to check their home page to see those. You can get the full details on Zygor’s Guide, and grab your own copy here, or read our review. You will probably never need to look at your quest log again.

Other Rogue Pages to check out: