Updated for Mists of Pandaria 5.4.

Shape-shifting, powerful heals, insta-cast heals, powerful CCs, hard to kill, what more could you want in a PvP healer? Patch 5.3 didn’t change much for you, other than a couple of tweaks and small buffs. Wild Mushroom: Bloom got a very nice buff.

Otherwise 5.3 crushed PvP power and changed the Resilience rules. Basically you should find your Restoration Druid PvP to be a somewhat improved experience. 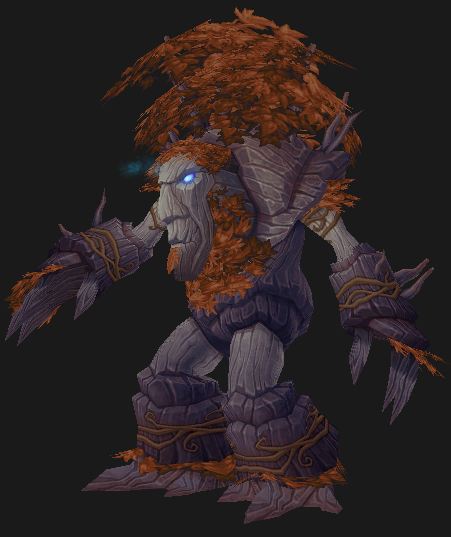 If you’re coming back to Druids after a long absense check out our page on the Druid changes in Mists of Pandaria.

This one really depends on the type of PvP that you’re doing.

Lots of options depending on your game and the exact situation.

Mostly just cosmetic, but there are a couple with functional changes.

Int is easily your #1 overall stat and you should pile up as much as possible.

Reforge Mastery, and then Crit, into the best available stats.

Spell Penetration is gone and is now “PvP Power.” This stat is a direct add to healing and damage Vs players. Point for point Int is better, but PvP Power gems have twice they valuer of Int gems, so they’re the ones you should pick.

Resilience – Depends on how much you’re being focused. Given the massive burst in the game you might want to get more.

The crafted gear set (for Resto Druids) only has two pieces with Spirit, but the Crit and Mastery on the other pieces can be reforged to Spirit. This would be a fine set for starting PvP at 90. Either take Leatherworking and make it or buy it from the Auction House or another leatherworker. Move up to the honor/conquest gear as soon as you can.

Gems with secondary stats have twice the value of gems with primary stats (eg: 320 Haste Vs 160 Int.)

You should try to match socket bonuses and you can use the hybrid gems to do that. All of these gems require item level 417+. If you’re not yet 90 you’ll have to level up or dig up similar gems.

Give the big hit to PvP Power you should gem for Int. Since you have 65% resilience in your underwear you probably won’t feel a need to gem for it, though you can if you like.

Other gems are listed if you want to experiment.

The Mists of Pandaria enchants are much nicer than their Cataclysm counterparts. Upgrade as soon as you can, but you will need a minimum item level of 372.

Helm enchants are gone in Mists of Pandaria, all shoulder enchants come from the Inscription profession. There are no PvP Power enchants (except for the weapon,) the only Resilience enchants are the chest item and the weapon enchant.

There is an Arena weapon enchant for your weapons that is quite nice, for a measly 1k Conquest points.

Videos, Forums, “How to” and Answers, Join here and get better.

Both videos are from Skill Capped.

All of the professions provide some benefit for Druids of any spec, though clearly some are better than others. Even the gathering professions have some value (especially Herbalism,) though you might be better served by using those to build a larger gold stash.

If you’re looking for the buffs then Blacksmithing might be the best choice since you can slot two gems and gems with secondary stats have twice the value of those with primary stats, 320 PvP Power Vs 160 Int, per gem, for example. It also gives you a bit more versatility with gem slotting, though you’ll most likely want to stick Int gems in those slots anyway.

Your Leather bonus adds to any professional Int bonuses.

All food buffs last one hour, but do not last through death. Alchemists get about 30% more effect and an extra hour from Flasks and Elixirs.

Flasks – Much better than the Elixirs.

Potions – Keep a bunch on your bar.

Now Get Your Druid Leveled Faster

Now that you’re on the way to becoming a lean, mean, killing machine you should grab a full blown leveling guide for your blast to the top levels. Why? It will save you many days of in-game time and a good deal of frustration, even if you already know many or most of the quests. You’ll never again wonder about where to go, what to do, or where to find that thing you’re looking for.

Our recommended leveling guide is Dugi’s Guide. Dugi’s nearly automates the whole leveling path (automatically updating as you complete tasks and quests) and is like having an expert helping you every step of the way.

Pick your starting point and the guide automatically updates and advances as you complete quests, sets a waypoint arrow automatically, and includes all the important quest info.

If you gain a few levels in the dungeons or in PvP, then come back to the guide, you’re still covered. It’ll figure out where you are and adjust accordingly, allowing you to ignore obsolete quests. Whether you’re brand new to WoW or decked head to toe in heirlooms Dugi will get you to the level cap faster than anything else out there. Grab your copy of Dugi’s Leveling Guide, here.

2 thoughts on “Restoration Druid PvP in Mists of Pandaria”