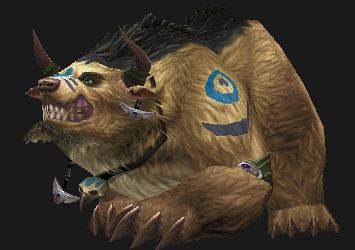 This page focuses on Guardians as tanks in a PvE (raiding) environment.

For Druid leveling, info on other specs,  or Druid PvP see the links just below.

This Guardian Druid guide is primarily intended for use in tanking PvE instances and Raids at max level. However, the principals will still apply during the leveling process. If you’re looking for advice on leveling your Druid, check out our Druid Leveling Guide.

Our choices are checked,

There are situations where you might want a different talent. They’re easy to change and you will need one Tome of the Clear Mind for each change you make.

Flexibility, emergency heal, or HoT? Your call, depending on your needs. In a big patch 5.4 change you no longer have any access to Nature’s Swiftness. The new choice (below) is a pretty interesting repalcement.

Glyphs can be easily changed and each change requires one Tome of the Clear Mind, just as with talents.

Once upon a time glyphs had value in combat. Now, they are purely cosmetic.

Get your Stam and Ag from gear only, then go for:

Stamina: Make sure you have enough that your healers have to to take care of you. You should be able to survive at least two hits.

Crit  – Your Primal Fury ability lets your Mangle and auto-attack crits generate an extra 15 Rage. Crit is considered a much better rage generation stat than Agility.

Haste lets you make more attacks in any unit of time which results in that much more threat and rage.

Dodge: The opponent’s missed strikes do no damage to you, but smoothing out the damage that you are taking (by stacking the other stats) is more important.

With the changes to Bear Druid tanking in Mists of Pandaria your rotation is primarily focused on generating enough rage to use your defensive abilities. Core to this is Mangle which is now your primary rage generation ability along with auto-attacks which grant extra rage when a critical hit.

Rage generation is increased by your attack speed, hit chance, and expertise as the more often you land a strike the more rage you’ll generate. Critical strikes with Mangle or an Auto-Attack grant an additional 15 rage due to the Primal Fury passive.

When facing multiple targets, apply Thrash‘s Bleed effect and continue to use Mangle whenever possible while target swapping to ensure you build sufficient threat on every target. Swipe replaces Lacerate as your damaging ability of choice.

Your Defensive cooldowns are

If you need the gold to buy gems, then you should check out this slick gold making addon.

The gems with secondary stats have twice the value of the Agility gems, eg: 320 Crit Vs 160 Ag. Since Crit is already better than Agility for tanking purposes then you should skip any and all AG gems in favor of Crit.

It’s worth matching the socket bonuses on your gear if the bonus is Agility or Crit. If you still need Hit and/or Expertise then use the appropriate gems. Generally you will use:

If you need Hit or Expertise then consult the table and gem appropriately. The Engie helm is a nice starter helm, if you have Engineering.

While most of these are defensive enchants, there are a few to add some firepower. Some Hit enchants are shown if you still, somehow, need that stat.

Head enchants do not exist, all shoulder enchants come from the Inscription profession.

All food buffs last one hour and provide only one stat. Foods are available that provide secondary stats, but they’re only worth about 200 points.

If you have the Alchemy skill the effect and duration of flasks and elixirs will be increased, including the value of secondary stats, by about 30% and an hour.

Recommended: Elixirs – you can have one battle and one guardian elixir up at a time. The Crit and armor are much more valuable than either the Ag or the Stam.

Druids are the most exclusive of all classes, there are only four races to pick from. Mists of Pandaria

made no changes to races and very few to the  racial abilities and there are no Pandaren Druids.

Most of the professions add an average of about 320 Agility. Since gems with secondary stats are twice the value of those with primary stats (320 Mastery Vs 160 Int, for example) Blacksmithing is easily the most valuable profession since you can slot 640 Crit  as opposed to 320 Ag.

Herbalism gives you a very nice Haste cooldown and you can find spirits, which may come in handy at times.

Guardians are fine tanks and while you can level all the way to the cap in the dungeon system sometimes it’s nice to step out into the world and do some questing. Or maybe you’re leveling another alt who doesn’t get your tank’s instant-queues into the dungeons.

Either way, you’re looking at a lot of quests and a pretty fair amount of time. Wouldn’t it be great if you could do that a lot faster?

You can. You will save you many days of in-game time and also save a good deal of frustration, even if you already know many or most of the quests.

How? By using Zygor’s Guide. Zygor’s automates the whole leveling path, showing you exectly where to go and what to do every step of the way to the level cap, automatically updating as you complete tasks and quests, and is like having an expert helping you every step of the way.

Pick your starting point, regardless of your level, and the guide automatically updates and advances as you complete quests, sets a waypoint arrow automatically, and includes all the important quest info.

You will probably never need to look at your quest log again!
Grab your copy of Zygor’s Leveling Guide, here