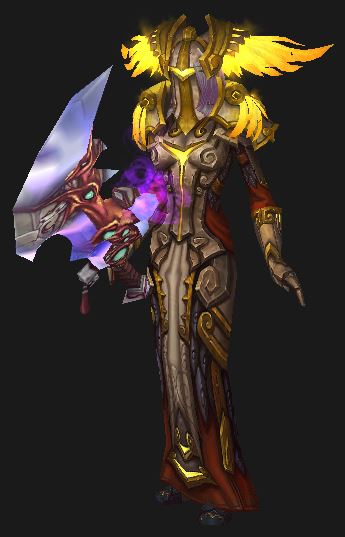 Warlords didn’t change a lot for Retribution, Holy & Prot got the lion’s share, but a few abilities were hacked and others moved.

See the links just below the contents if you’re interested in other Paladin guides or PvP. This guide to the Retribution Paladin is primarily intended for use at level 100 in a raiding environment. However, the same principals will still apply during the leveling process, so if you’re looking for advice on leveling your Paladin, check out our Paladin Leveling Guide.

Different talents will work better in different situations.For example, one one fight you might want burst movement (Speed of Light,) but for the rest maybe Pursuit of Justice will be better overall. The picks below are for general raid content, but feel free to change them for your game or for specific fights.

Keep a stack of Tome of the Clear Mind in your bags for easy talent (and glyph) switching. Descriptions are below the image and our picks are checked: 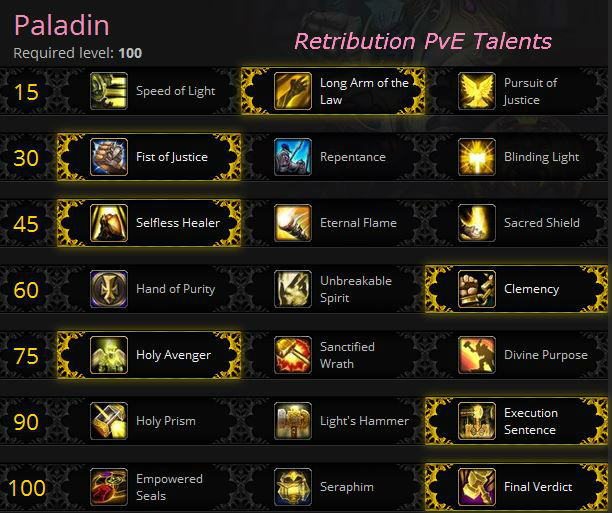 Movement choices. Do you want burst movement or a general increase? These do not stack with other movement speed increases, such as the speed boost from boot or cloak enchants.

Crowd Control. Do you need a single target stun or an area effect for add groups?

You’re DPS, not a healer, but sometimes being able to aid an ally is valuable. Do you want to use Flash of Light or cast a Shield?

Kind of a “meh” tier for Retribution DPS, but there is some nice support stuff here.

All are good picks and over a long fight the DPS gained from all with be very close to each of the others. With the tier 17 set bonus (see: Battleplate of Guiding Light) Divine Purpose is the best pick, due to more effective Hammer of Wraths and yet more Holy Power generation.

In Warlords the only real Glyph Changes are that you now learn several automatically, just as you do with your abilities. They are not installed, just learned, whether you want them or not.

Glyphs are pretty situational. For best effect you’ll be doing some swapping, so keep some Tomes handy.

Major Glyphs, more or less in order of usefulness.

These are primarily cosmetic.

In Warlords of Draenor the Hit and Expertise stats are dead. So if Reforging. To replace them you have two new stats: Versatility and Multistrike.

Your Str no longer adds to Crit, but you have a base 5% to start with. You also have an “Attuned” stat. This is the stat that Blizzard feels will help you do the most damage overall. In your case it’s your new level 90 Righteous Vengeance.

Strength improves all of your damage. It’s a straight up add to everything you do.

Mastery causes various of your strikes and their Multistrikes to do additional (holy) damage. It’s a nice, straight up, damage add.

Multistrike gives you a chance to do one or two additional strikes at 30% effect. These can Crit and are affected by your Mastery. You should pick one or the other of Multistrike and Crit as you’ll get better effect than by picking both. Note that the chances of actually getting those two multistrikes are pretty low.

Crit gives you a chance for a harder hit. You Mastery adds damage and those hits can Crit, as well as any Multistrikes, which are also added my Mastery. So these three work very well together. You should pick one or the other of Multistrike and Crit as you’ll get better effect than by picking both.

Haste speeds up everything you do, including cast times, and reduces global cooldowns. Reducing the cooldowns leads to faster Holy Power generation.

The key to maximizing your damage is proper management of Holy Power.

However, it’s also important that you never waste an opportunity to build additional Holy Power, which means you need to expend it as quickly as possible upon reaching the 5 stack cap or else you’re effectively wasting potential damage while inhibiting yourself from building further charges for future attacks.

When facing multiple targets, Hammer of the Righteous becomes your primary Holy Power generating attack and Divine Storm your method of expending it. Target switching is necessary to get the optimal effect from Seal of Truth when facing multiple enemies by placing its censure effect on all targets.

In Short, and in Order of Priority, Single Target:

13 and 14 are your first and second trinket slots and this macro fires them both.

In Warlords: Gem for Mastery, it’s that simple.

You DO want to match gem colors for the socket bonuses.

In Warlords gem for Mastery, period.

Short on gold?  If you want to buy the best enchants, fund all of your alts, donate to the guild, etc., but don’t have the cash, then see what the Tycoon Addon can do about about fixing your poverty.

Helm enchants are gone in Mists of Pandaria, shoulder enchants all come from the Inscription profession. Your Plate Bonus adds to all Str enchants.

In Warlords there are only enchants for your neck, ring, cloak, and weapon items, none for other items. Earlier enchants still exist, but cannot be applied to an item higher than ilevel 600. The Warlords enchants can be applied to lower level items and will scale down appropriately.

All food buffs last one hour and provide only one stat. Foods are available that provide secondary stats, but they’re only worth about 200 points of Str and you don’t need the Stam.Foods and potions should be cheap enough on the Auction House or you can get a guildie to make them for you. If gold is an issue then go here.Your Plate Bonus adds to all Str consumables (and any other Str item.)Note that Pandarens get twice the food buff.

Warlords note: There are no new DPS Elixirs, but there are for Potions and Flasks. There are no Str foods, either.

Warlords note: There are no new DPS Elixirs, but there are for Potions and Flasks. There are no Str foods, either.

Elixirs – you can have one battle and one guardian elixir up at a time. You flasks are much better. 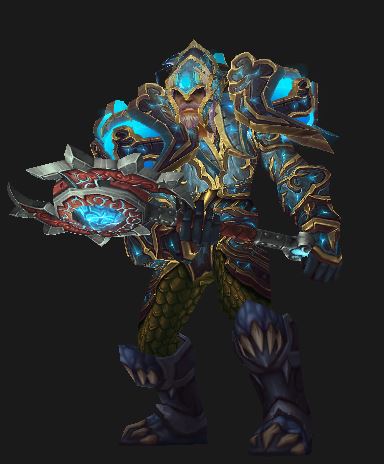 Yes, I know you want to play an Undead or Gnome Paladin. Sorry, it ain’t happening. Not even Pandarens can be Paladins.

As far a DPS abilities, none of the races really stand out, but some have useful abilities.

The best? Draenei for the Str increase and maybe Human for the Versatility increase. Tauren for the hugs.

Professions for the Ret. Pally

Warlords of Draenor has slain all profession bonuses. No more fine, self only, gems from Jewelcrafting or gem slots from Blacksmithing.

The value of the professions now is in making your initial raid gear and a useful item or two. You can also use that starter gear at level 91, which is pretty nice for Draenor leveling or dungeons.

Check our wow gold tips for info on increasing your cash flow and maybe making some extra gold with your profession.

Alchemy – You can create a nice trinket which will add to your Mastery, sometimes add Str, and also increase healing done to you. The ability to turn into a dragon (if you have lots of gold and the Archeology skill) is also fun.

Blacksmithing – Can make your starting Raid pieces (you can equip only three,) keys, sharpening stones, and a few other interesting items.

Engineering – All kinds of fund things, such as Razorguard Mechshades, rockets, shields, gliders, essential raid items like the Blingatron, and so on.

Inscription – You can make glyphs, of course, and a number of other useful items.

Leatherworking – Nothing to see here, move along please. Well, the Drums are rather interesting.

Tailoring – Can make yourself a flying carpet.

Gathering – Mining, Herbalism, and Skinning are best used for gold or for supplying a crafting profession.

If you’re leveling your Paladin, with the intent of reaching the end-game Retribution goodness, then you need to know that the fastest way to get leveled is with an semi-automated Paladin leveling guide (it doesn’t actually play the game for you.) Even if you boost to 90 you still want to zip through those last ten levels, right?

Wouildn’t it be nice if you never again have to ask, “Where do I go and what do I do when I get there…”

Zygor’s guide is our preferred leveling guide. It’s an in-game guide that shows up as a small window on your screen. It shows the current quest and displays an arrow pointing the way to go, showing you the most efficient way to knock out the most quests in the least time.

What? You want to do a few dungeons and/or clean up the Battlegrounds for a few levels? No problem. Zygor has been gemming and gearing for Int and is smart enough to figure out where you are and where you need to go, no matter what level you start with or how many you gain in the dungeons. Watch the video on his home page and he’ll show you exactly how that works. Zygor’s Guide is much like having a skilled partner helping you out every step of the way.

Its fully updated for for all the lastest patches and expansions, including Warlords of Draenor.

Grab it now and cruise to the level cap. Then you can be the one to answer the “Where do I go at level…?” questions in the chat channels. Get your copy here or read our Zygor review first.

Like this page? How about recommending or sharing it and/or commenting?