How to Gear up for Warlords of Draenor PVP

This guide was originally created by Skill-Capped for season 13, patch 5.2. We’ve updated it through Warlords and Season 16. The original guide can be found on Skill-Capped, here.  Nate that you have to be level 100 to take full advantage of this guide. (Go here if you’re still leveling.) 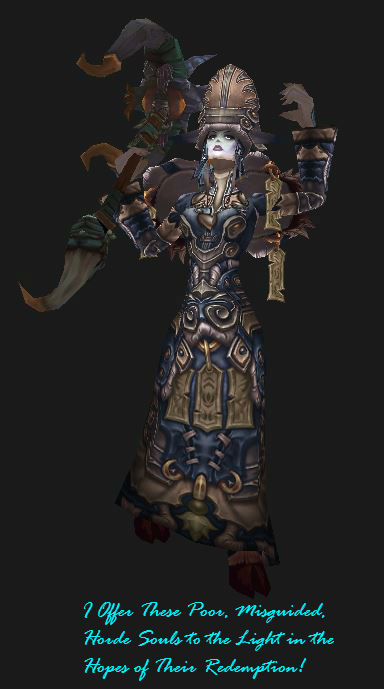 About this Page and GotWarcraft Notes:

In Warlords of Draenor you Hit, Expertise, PvP Power, and Resilience are gone. Any abilities modifying any of those stats, including racial abilities, have been removed.

PvP gear now has two item levels (eg: 660/690,) instead of PvP Power. This first number is for PvE, the second for any PvP you do, whether it’s World, BG, or Arena. This will make PvP gear better than PvE gear in all PvP situations.

There is no PvP gemming, which makes that part easy. 😉

Various other Priest changes are here.

There are no “Mandatory” stats for Discipline Priests.

In this section, you will find a list of stats along with their descriptions. While gearing, you should focus on achieving the following stats based on this priority hierarchy:

There is no PvP gemming. Move to the next section. Gem sockets do appear, rarely, on PvE gear. Currently they do not appear, at all, on PvP gear.

If you’re not yet in Draenor PvP gear or you’re using PvE gear, then the info below might apply, otherwise just skip down to Enchants.

Basic Gemming to match for socket bonuses, you definitely want to match sockets that have Int bonuses.

PvP Enchants are available, unlike gems.

Short on gold? As with the gems, some enchants can be very expensive. If you want to buy the best enchants, fund all of your alts, donate to the guild, etc., but don’t have the cash, then see what the Tycoon Addon can do about about fixing your poverty.

This section is geared towards people who have recently hit 100 for the first time, or have an under-geared alt that needs to be primed for beginning the PvP gear grind. (If you’re not yet 100, go here.)

Upon achieving level 90, we do NOT advise you to just jump into an Arena, or start grinding Battleground’s, or do any sort of PvP for that matter fresh off of leveling in your leveling items.

Chances are many of the enemies in a Battleground will significantly out-gear your fresh level 100, which means they will have a significant advantage over you in a PvP setting.

Here is a list of all of the items you should immediately obtain before you start PvP’ing in Mists of Pandaria:

See above for enchants. If you need the gold to buy this stuff (and it’ll likely be cheaper if you have a guild member make it) then go here.

The following items are unchanged from season 14. Get them if you’re doing 90ish PvP, otherwise just continue leveling.

There is no Warlords Crafted PvP gear, as of Warlords Season 1. Get a Crafted Malevolent Gladiator’s Medallion of Tenacity, if you don’t already have something similar. Human Priests, of course, don’t need one.

At 91 you can buy a crafted ilevel 630 gun and two pieces of 640 armor (head, chest, or legs, pick two.) You can also buy items to reroll stats on those pieces. Upgrading those items, by up to 25 points, can be done but is very expensive.

Should I get the Honor Gear First?

Your call, but jumping into area wit a full set of honor gear will be less painful than jumping into it with leveling gear. You should at least have the ilevel 600+ gear mentioned above. If you do PvE as well as PvE then use your equipment manager to swap PvP and PvE gear.

What About PvE Gear?

Just say “no.” Why? PvP gear has two ratings, one for PvE encounters, the other for PvP. The latter is much higher and applies to any PvP situation. For example, the honor piece Primal Combatant’s Robes of Prowess has a 620 item level and a (675.) In your dungeon it will be ilevel 620, but in the BG or arena, it’ll be 675. This is better than any PvE gear you’ll find in Warlords season 1.

Also, the PvP trinket pair gives you a set bonus: you get 10% damage reduction if you have two PvP trinkets.

That said, If your PvE gear rating exceeds that of your PvP rated piece then use the PvE item. Here’s an example: Soul Priest’s Raiment

Your PvP gear comes in three flavors: Primal Aspirant, Primal Combatant, and Primal Gladiator. Pieces of the first two can be found in strong boxes won in events or the BGs. Combatant and Gladiator gear can also be bought with your honor or conquest points, respectively.

Strong boxes come in Bronze, Silver, or Gold and might hold gold, honor points, and/or and item. Winning the BG or event will get you a gold box, otherwise you will get a bronze or silver depending on how well you team does. If it gets wiped out then you will get no box.

The PvP gear that’s available is:

In prior seasons all the PvP gear, crafted or otherwise, came with a set bonus and, for most slots, only one item choice was available.

No longer. For any given item slot you now have two choices for the honor gear and three for the Conquest gear. However, only one of those picks has a set bonus. For example, with the chest item

Profession bonuses are all dead in Warlords of Draenor. For rated PvP there is little value to them. For any unrated PvP it’s a bit more interesting.

Engineering: Nitro boosts rockets, shields, gliders, a stealth device, and more. Can’t use ’em in RBGs or Arena, but you can every where else and you can ship ’em off to your allies and alts.

Alchemy for all kinds of useful potions and a very nice trinket.

Inscription for all your glyphs, starting caster weapons, and various other useful things.

We hope this Priest PvP Gear gudie answers every question you’ve ever had about Priest Gear for Season 15, and is used as a reference point for your quest to obtain the best PvP gear out there. Let us know if we missed anything, or if there is something you need cleared up in the comments below, and we’ll be sure to get back!

Please let us know how the article was. Were we missing anything? Do you have any further questions? Was the format useful? We always want to improve our articles, and your feedback helps! Also, please Like/Share/Comment if you found this page useful.

Improve your skills, Pwn at PvP.
Click Here for Skill-Capped