As Balance your number 1 job is ranged damage, and you do a fine job of that. This page focuses on just that, DPS in a raiding environment. If you’re looking for PvP or leveling info then see the links just below.

If you like you can see all the patch 5.4 Druid changes and the earier patch 5.2 & 5.3 updates for Druids are here. The notes below are updated appropriately for 5.4.

Our talent picks are checked,

, and they assume that you are aiming for damage and not trying to add (much) to the group heals. Fortunately, talents are easily changed. Open the pane up, click the new one, spend a tome, click “learn” and you’re set.

Tier 1 has 3 mobility options, all useful in particular cases.

Tier 2 has us choose between three talents focused on healing, something I try to avoid as a Boomkin. 5.4 change:  Nature’s Swiftness, the old pick in this tier, is now one of your baseline (level 30) abilities, Resto also gets it.

Tier 3 is about Crowd Control

As none of these talents provides a particularly notable benefit for raiding, take whichever you least mind not using.

Tier 4 is for DPS

These are taken with the idea that your main purpose is damage, not healing. None are required. Use them depending on your needs of the situation. As with the Talents, your glyphs can be changed anytime, with one Tome of the Clear Mind per glyph.

Minors are generally cosmetic, but a couple have some minor utility.

Warlords notes: Hit, expertise, and reforging are all dead. You have an “attuned” stat, via your level 90 Lunar Guidance ability, which adds 5% mastery from all sources. Your attuned stat is the one that Blizzard feels will most improve your “throughput.”

Int no longer adds to crit, but you do start with a base 5% which you did not have before.

Int is your #1 stat and it applies to your damage and a bit of Crit. It does not add to your manapool. Int is much better than any other stat.

Spellpower is only available on certain items, but is close to Int in value.

Haste speeds up your stuff and has great value when you can hit a breakpoint, such as when you get an extra tick off a heal or DoT spell. It’s much less useful if you’re not at a breakpoint. Go here if you want to work towards those breakpoints, otherwise just reforge to Hit, Spirit, or Crit.

Balance druids manage a ‘Balance’ power resource as part of maximizing their DPS. Depending on which spell you use your bar will charge towards one of two potential Eclipse effects, Lunar and Solar. Combined with the neutral state, this makes for three potential effects your Balance power can have on your spell casting.

When in the neutral state you can use either Starfire or Wrath to determine which Eclipse state you will begin moving towards. Entering an Eclipse state grants you a 15% spell haste for 15 seconds as well as restores 35% of your maximum mana. The Eclipse state will end when your bar returns to the center, allowing you to begin charging your bar once more towards another Eclipse.

In AoE encounters it’s important to use Wild Mushroom as often as possible, planting the maximum possible of three mushrooms and then detonating them. You should still maintain your DoT’s, this time on all enemies.

Depending on which Eclipse state you’re in, use either Moonfire or Sunfire repeatedly while also refreshing the other DoT on targets when necessary.

Starfall should still be used whenever possible.

Gems for the Balance Druid

We’re showing both the Warlords and the earlier gems.

For gear under item level 600.

For Balance Druids your stats are closer in value to each other than they are in some other classes. While Int is the best stat it isn’t best by a big margin. This means that you will want to match socket bonuses.

If the socket bonus is for Int or Mastery, then matching is definitely recommended.

Warlords Gemming: Mastery in all sockets (Greater Mastery Taladite.) Note that the lesser gem (Mastery Taladite) is going to be vastly less expensive than the better one. 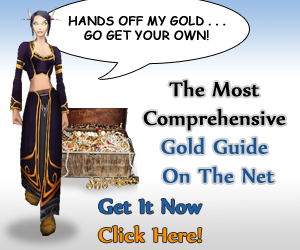 Under item level 600: As much as possible you will be enchanting for Int, then Spirit (depending on your mana use) and Crit.

Short on gold? If you want to buy the best enchants, fund all of your alts, donate to the guild, etc., but don’t have the cash, then see what that Blood Elf, just above, can do about about fixing your cash flow.

Warlords Notes: There are no head enchants, all shoulder enchants come from the Inscription profession and are only for items under items level 600. There are new enchants for Neck, Cloak, Weapons, and your Rings. Not for any other pieces. (Not yet, anyway.) The only enchant with Spirit is a weapon enchant. The lesser version of any of the Warlords enchants is far cheaper than the better one.

will make no changes to races or racial abilities and there will be no Pandaren Druids.

Professions for the Balance Druid

All of the professions provide some benefit for any class/spec, though clearly some are better than others. Even the gathering professions have some value, especially Herballism with its 2,880 Haste, but you might be better served by using those to build a larger gold stash.

Most of the professions add an average of about 320 Int or so. Since gems with secondary stats are twice the value of those with primary stats (320 Crit Vs 160 Int, for example) Blacksmithing (640 total stat bonus) might be the most valuable profession if you’re just looking for the buffs. Jewelcrafting provides only 320 in any stat over non JC gems.

All food buffs last one hour. Alchemists get about 30% more effect and an extra hour from Flasks and Elixirs. As Balance your flask will be better than any of the elixirs.

How to Get your Druid to the Level Cap, ASAP

Druid leveling is pretty easy, especially if you go Feral (though Balance isn’t bad.) The only problem is the time involved and then you have those other alts you want to level though all those levels.

With the thousands of quests and a bazillion mobs to kill (not to mention other players, but they don’t count here) sorting out which quests are best and which series of quests will get you to the max the fastest is important, which is why we highly recommend Zygor’s Guide.

Grab your copy here and get to the level cap ASAP, even in Shadowlands.