Leveling up in the World of Warcraft 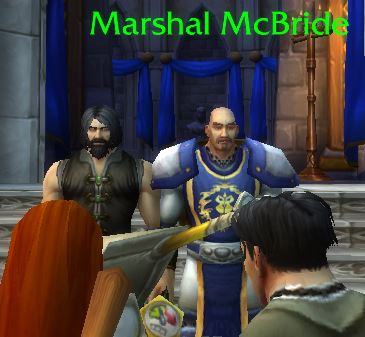 Me and my Marshall buddy, ready to get leveled!

Getting leveled in WoW is easier than ever before. Questing, dungeoning, PvP, it’s all good.

Used to be that 6 days (in game time) to 60 was pretty speedy, now you can expect to hit the newest level cap in about the same time, or less, plus you get to level in the dungeons and/or PvP (battlegrounds) and there are also various gimmicks to speed up your leveling (eg: Heirlooms.)

And with Shadowlands, with level 120 smashed down to 50, it’s even faster.

Of course, if you hop into the Classic WoW, you won’t have to worry about those gimmicks. (wink)

This page covers various tips to help you to get leveled faster, and they will work regardless of the current expansion. These guides linked just below also cover current tips, races, abilities, builds and “how to” specific to each class.

For a nifty in-game guide on where to go and what to do, check out Zygor’s.

Which Class and Race?

It doesn’t matter whether or not Gnomes make the best Mages if you can’t stand the sight of them. Ditto Troll Hunters. So pick whichever race works for you. Most races can be most classes (not all) and  the leveling guide for each class lists all of the races.

If you’re solo leveling (questing) then anything other than a healer will do just fine, though some are faster than others. Even healers will be Ok, it’s just that things will be slower than with other builds. Or follow your tank buddy around. He can gather large groups of enemies and kill them while your keep him healthy. Pretty nice XP.

Tanks don’t do a lot of damage, but they’re hard to kill and can burn down large groups of mobs.

Learn to fight groups of mobs, even if not a tank. It adds to the challenge and the fun.

Once they get to level 10 a Hunter will pretty much outrun everyone to the level cap. Their pets are extremely useful and the pair just works very well at killing very quickly. Warning: You’ll be automatically stuck with the label Huntard. Try to learn your hunter well enough to lose the label.

Monks also do very well and have a little bonus. They can do a daily quest that gives them a 50% XP boost for an hour.

Warlocks can level about as well as Hunters, they’re just a little more complicated.

Mages throw lots of damage, but they’re fragile. This is dangerous on PvP servers. A well-played mage will move quite quickly, though. Frost mages do a little less damage, but have more survivability than the other flavors.

Rogues and Warriors and Retribution Paladins and Feral Druids and Shammies all move along well. Of course their tank forms (sorry Rogues and Shamen) are right there if you find a large group of enemies ripe for the crushing.

Priest – Go shadow and be patient until your Shadow powers mature.

Death Knights? Well, they mow everything down.

A leveling guide will make sure you have all the quests lined up in a neat row so that you can knock them off (and level) ASAP. That it’s always updated for the latest patches and expansions is a nice bonus.

Open up the Dungeon Finder tool and you can “Queue” for the dungeon of your choice or even a random dungeon of the tool’s choice.

Then you wait. If you’re a damage class, such as a Rogue or Hunter or Arms/Fury Warrior or others.

But, if you’re a tank or healer then your queue to get into dungeons with the Dungeon Finder tool will generally be very short.

Get a decent group and dungeons can be fun and fast XP, not to mention getting you into some nice gear.

But what about classic WoW? No dungeon finder. Gather a group and walk, run, ride, or fly to the nearest dungeon.

If you’re decked head to toe in heirlooms then dungeoning can really speed your leveling up and you won’t have to worry about gear rolls. If you don’t have the heirlooms then you should keep any eye on the Auction House for better gear than what you have. While there IS good gear to be had in the dungeons you’ll level quickly enough to outgrow it and you still need to win the rolls.

Used to be that PvP in the battlegrounds gave zero XP. That changed. If your side is winning, then you can pick up very fast XP. Help your side to win.

Don’t be like so many of the BG clowns. Figure out what it takes to win and help your team do that. Fighting other players on the roads or the middle zones is fun, gets you a bit of honor, and helps your team to lose. You also get far less XP and honor by losing, but lots of people seem to prefer than for some reason.

Well, Ok, they like to grind kills for the achievements and glory, but wins bring more XP and honor points.

Some of your opposition will be much better geared than you, but many won’t, so don’t worry about it too much. Grow a thick skin, jump in, have fun, get leveled. Or heck, turn off your XP, twink out (with Heirlooms,) and stick to one level for awhile. Works better on Classic WoW. Here’s a forum discussing this.

There are three kinds of powerleveling. Generally they’re used by people who are either lazy or who just don’t want to do the leveling grind to hit the end game content. Yeah… grinding from 1 to max level takes a bit…

Crank Yourself to Max Level, Fast 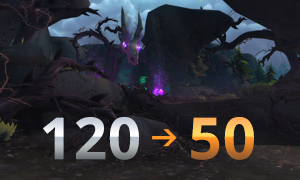 The Hulk came by and SMASHED the levels.

But Zygor has your back. Starting up a new character, or mid-range, just pick your zone and level. Blast through and then leap into the Shadowlands.

Never again wonder where to go or what to do. Zygor will point the wait with a waypoint arrow and tell you who to see, what to do, what to kill, etc.

Much nicer than the in-game quest help. Or you could just blow $60 and boost your new character to 50 and explore the rest on your own. Go here and see if Zygor works for you.