How to Gear for Windwalker Monk PvP

Skill Capped note: This guide was originally produced by SkillCapped. All of their written guides are available for free (videos guides require membership.) This guide is reprinted on this site with permission. (The original guide is here.)

Gotwarcraft note: This guide was originally produced for patch 5.2, we’ve updated it for Warlords Season 1. This page covers just the gear and stats and such, you can see our WindWalker PvP page for more general info. For all the Warlords changes to Monks go here.

Naturally this guide assume that you’re level 100. If you’re not, then go here and get leveled.

Haste, Mastery, and Crit are pretty close in value. 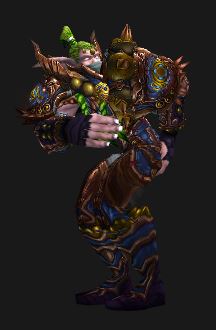 Agility increases your Attack Power and so increases all of your damage. It no longer adds Crit.

Versatility is a direct add to your damage, your healing, and (at half value) your damage reduction. The defensive value is a good part of the reason that it ranks so highly.

Multistrike gives you one chance (two in PvE) at an additional strike or heal at 30% effect. This is your “attuned” stat and you get an extra 5% from all sources with your level 90 Battle Trance ability. Multistrikes can crit and are increased in damage by your Versatility.

Critical Strike, or Crit, is one of the best secondary stats for a Windwalker Monk. In PvP Crit does 150% damage, 200% in MvP. Also, as an Agility class, you start out with 15% base crit.

Monk play style centers around lining up very strong burst damage in conjunction with your teammate. Critical Strike increases the likelihood of solid damage output during your important cooldowns, namely Rising Sun Kick, Fists of Fury, and Invoke Xuen, the White Tiger.This is the most valuable of “the rest” of the stats.

Haste is esp. important if you’re taking the Chi Brew talent over Ascension (which is recommended.) You will want to extra energy regen that Haste gives you when using Chi Brew. The problem with Haste in Season 1 is that you won’t be able to get enough of it on your gear to make any difference.

Mastery – Your mastery, Mastery: Bottled Fury generates brew stacks faster, allowing you to use those stacks a little more often. The problem is that that speed improvement usually doesn’t matter much as you’re saving stacks for later use anyway.

There is no PvP gemming in the Warlords of Draenor, not as of Season 1 anyway. Will it happen later? We’ll see. The gems exists, but there are no sockets on PvP gear, only on some raid gear.

An easy way to go is just to drop Agility gems (Delicate Primordial Ruby) into all sockets and ignore any bonuses, esp. since they’re be tiny.

Just in case you have a gem socket handy:

Note that these are the same as the PvE enchants.

Weapon note: Depending on your interests you might want to try the bleed instead of the stat increases.

Getting Started with Windwalker PvP Gearing

This section is geared towards people who have recently hit 100 for the first time, or have an under-geared alt that needs to be primed for beginning the PvP gear grind. (If you need to get to 100, fast, go here.)

Upon achieving level 100, we do NOT advise you to just jump into an Arena, or start grinding Battleground’s, or do any sort of PvP for that matter fresh off of leveling in your leveling items. Chances are many of the enemies in a Battleground will seriously out-gear your fresh level 100, which means they will have a major advantage over you in a PvP setting.

There is no crafted PvP gear in Warlords, unlike prior expansions, but you can equip some pretty decent PvE gear at level 91. This is going to cost you some time and work in your garrison or a fair amount of gold, which you should have if you quested your way to 100. If you don’t then see our gold tips and earn some.

Depending on how fast you’re gaining honor, and your cash supply, you might want to skip the expense of the enchants, even though they will give you a bit of a plus.

Most of this section assumes that you’re at least level 90, but if you’re lower level you shouild be able to get an idea or two from it.

Remember that Resilience and PvP power are dead on high level gear. They do appear on lower level PvP gear, but it’s not likely that you’ll be able to gain enough to be interesting.

The Gear at Level 90

If you just hit 90 and you’re going to PvP at that level for awhile, then grab the crafted set off the Auction House or from a friendly Leatherworker. Or skip it if you’re just blasting through the levels. Here’s the gear, if you’re interested:

91? Yes. While there is no crafted PvP gear in Draenor you can equip high level crafted crafted PvE gear at 91. You can only equip three pieces though. On the other hand, you can reroll stats on pieces that need it and you can upgrade the pieces (for a hefty price.) Weapons start at 630 and the armor at 640.

If you have Alchemy you can make an Alchemist trinket, in addition to the three pieces of crafted gear ( Draenic Philosopher’s Stone, requires Alchemy 500.) In patch 6.1 this trinket can be upgraded. It has a pretty nice Agility proc and gives you a better effect from your healing potions (if you ever use them.)

This gear will carry you through till 100, when you can get the official PvP stuff.

PvP gear in WoD has two ratings, one for PvE, the other for PvP. For example, the Honor gear is 620/675. The second number applies to any PvP that you do and is higher than any PvE gear that you’re likely to get.

PvE gear is uprated in instanced PvP to 650, but the PvP gear starts at 660 and so is clearly better. Very high level raid gear will be better than any but the Conquest gear, so if you’re decked out in 675+ raid gear keep it and work on the conquest gear.

Every gear slot has two options for the honor gear and three, with sufficient faction rep, for the Conquest gear. Only one of those options come with a set bonus, the others do not. The Season 1 set bonuses are:

Example chest items for the Conquest gear. Honor is similar, but without the Rep piece.

Another set bonus is from your PvP trinkets. Equip two (one medallion and one emblem) and you get a 10% damage reduction Vs all player caused damage.

What Conquest Gear to Get, and What Order

This season, there are three pieces of conquest gear for each slot. In hopes of creating a more level playing field, Blizzard has decided to do away with rating requirements for all items (except for the weapons.) This means that all players will have access to the best PvP gear available, provided they earn enough conquest points to purchase the items.

These are the Versatility pieces (all Alliance, but the Horde pieces are the same.) All require Revered rep with Wyrnn’s Vanguard or Vol’jin’s Spear. If you want the set bonuses then you can get them without the rep requirement and then get the rep for the remaining pieces.

Your Weapon(s,) neck, rings, and cloak can be enchanted.

For the Set Bonuses…

For the Honor set go ahead on grab the Ironskin pieces, since there is no Versatility set. For the Conquest set give it serious consideration. Pick any four for the 4-piece set.

Other items that do not have the set bonuses, rep requirement, or Versatility are listed also.

No set bonuses, no rep required, no Vesatility.

All the Versatility (Rep) pieces are listed here. If you’re going for the honor version then get the weapon first.

Is Gold a Problem? It won’t be if you have Tycoon. Click here and make a Lot More Gold. 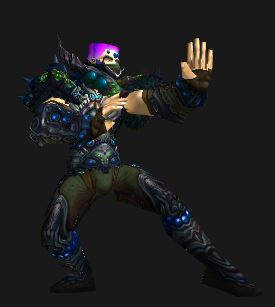 Warlords killed off all of the profession perks. There is no longer a Leatherworking Agility enchant, no more Agility cooldown from Engineering, etc.

You can make some useful starting pieces, but there is no PvP specific gear and no special bonuses, and non of the special items can be used in rated PvP.

Leveling a new profession used to be costly, but the Warlords professions are easier, faster, and much cheaper than before with your Garrison.

That being said, here are the best professions for a Windwalker Monks:

In Warlords there are no professions bonuses. No special stat boosts that characters without the profession cannot get. The only profession that provides a stat buff, to yourself or anyone else, is cooking (feasts will feed the raid for +75 to their best secondary stat.)

At this point, probably the most useful professions for you are Engineering (cool toys) and Leatherworking (tents, drums.)

Various consumables will have some use outside of rated PvP.

Note that Pandarens get twice the food buff. All food buffs last one hour. Any Agility bonuses (such as your level 50 leather bonus) also add to the food and chemical bonuses.

This guide was originally produced by SkillCapped. All of their written guides are available for free, and they encourage people to post them wherever as long as a link back is posted!

Like the page? Does it need work? Feel free to add a comment below and/or share this page. Please let us know how the article was. Were we missing anything? Do you have any further questions? Was the format useful? We always want to improve our articles, and your feedback helps!

1 thought on “How to Gear for Windwalker Monk PvP”