How to Gear and Set Up a Paladin in WoW PVP

This guide was originally a collaborative effort with Necrolina, produced by SkillCapped. All of their written guides are available for free, and they encourage reposting with a link back. The original article is on Skill Capped,  here.

GotWarcraft Note: We’ve updated this guide to Warlords of Draenor and added the info for Retribution Paladins.

Note that this guide is just the gear and enchants. For the full “how to” guides see the links just below. This page also assumes that you’re level 100, though some of the basic ideas also apply to lower levels. If you’re not there yet then visit our leveling guide or check out Zygor.

Given the lack of gemming and the limited enchants (no primary stats, for example) you won’t be able to stack stats as you could before. While Int/Str is more important than any other stat you won’t find either on your gems or enchants, though there are some potions and such that will add them.

In Warlords you have an “Attuned” stat. This is the stat that Blizzard feels will most improve your “throughput.”

Description of the Stats 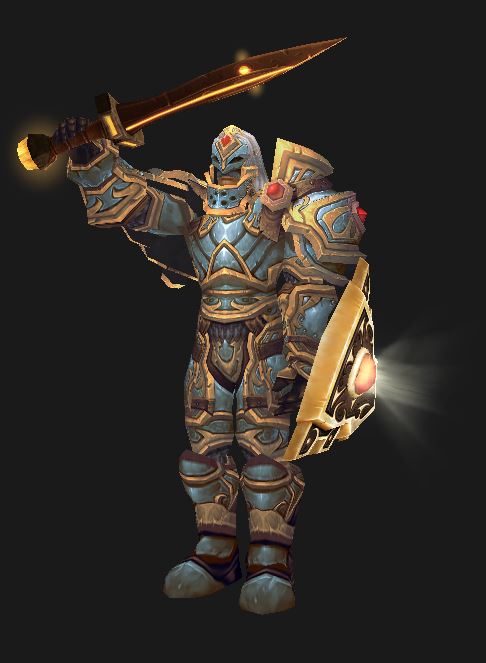 Strength/Intellect – Your primary stats now only add attack/spell power, where previously they added a bit of Crit. No more.

Critical Strike is another solid stat to accumulate for a Paladin. Keep in mind that in PvP it only does 150% effect (200% in PvE) for your damage or heals.

Haste reduces the cast time of your abilities and reduces the duration of the Global Cooldown (the minor cooldown that is invoked after casting spells). Haste helps to ensure your important spell casts go uninterrupted (Holy Light, etc.), an important factor in PvP, as there are several interrupt mechanics in the game.  Although beneficial, the reduced cast times do not justify allocation out of other important secondary stats. Haste also helps with your Sancity of Battle in reducing your  Holy Shock. Divine Favor can also be used in a pinch, when additional haste and crit is required for survival.  This ability is quite potent, as it also increases the crit chance of Holy Shock even further, which could lead to even faster casts via Infusion of Light

Versatility is an add to all damage and healing that you do, as well as a reduction in damage taken. The perfect PvP stat, right? Maybe. Certainly a solid stat considering it’s heal and defensive value.

Spirit increases the rate at which mana regenerates. Spirit helps to ensure your mana pool is not depleted over the course of a PvP encounter. If you’re not healing your Beacon of Light target then you’re not getting mana back, so you’ll need the spirit. How much? It depends on your game. Are you running out of mana? Get more. Do you never run out of mana, even though you might get pretty low? You’re fine. If you’re always full then get rid of some Spirit in favor of other stats.

Multistrike gives you a chance at one additional strikes or spell, at 30% effect. Any of your spells or strikes can Multistrike and Multistrikes can also crit. In PvE you get two chances, in PvP only one, but that’s not really much of a nerf. (With 10% Multistrike there is a 10% chance for one Multistrike and a 1% total chance to get the two strikes. With 20% MS it’s 20% for one and 4% for two. You’re not losing a lot with the nerf.)

Stacking stats, now that reforging is dead is accomplished the old fashioned way, through gear choice, enchants, and gems (if sockets become available.)

Gemming a Paladin for PvP

There is no PvP gemming in Warlords Season 1.

The gems are there, but the sockets are not. They have a (small) random chance to appear on Raid gear, so perhaps they’ll also eventually appear on PvP gear. The gem themselves are actually available. They are all prismatic, meaning they fit into any socket. None have Int, they all have secondary stats (Mastery, etc.) There are no Meta sockets or Meta gems.

PvE gear is uprated in instanced PvP (BGs, etc.,) though only to 650 in Warlords Season 1, so if you have PvE gear with sockets and you’re cool with that, then go for it.

Gems for gear prior to Draenor:

Note on costs For older gems:) Perfect gem cuts have the same stats as the regular cuts, but the price might be very different. Go with the cheaper of the two. See out gold pages for more gold tips.

Enchanting a Paladin for Warlords PvP

Warlords notes: There are no head enchants, all shoulder enchants come from the Inscription profession and are only for items under item level 600. There are new enchants for Neck, Cloak, Weapons, and your Rings. Not for any other pieces. (Not yet, anyway.)

Prior to Warlords enchant for your primary stat (Int or Str) and then Mastery where the primary stat is not available.

Getting Started With Your PvP Gearing 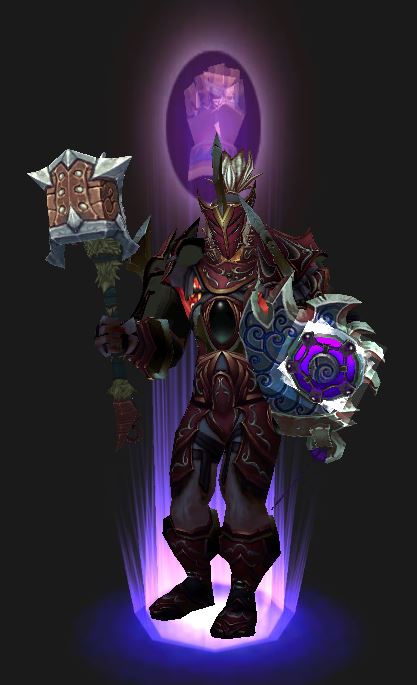 This section is geared towards people who have recently hit 100 for the first time, or have an under-geared alt that needs to be primed for beginning the PvP gear grind.

Upon achieving level 100, we do NOT advise you to just jump into an Arena, or start grinding Battleground’s, or do any sort of PvP for that matter fresh off of leveling in your leveling items. Chances are many of the enemies in a Battleground (and certainly an Arena) will significantly out-gear your fresh level 100, which means they will have a significant advantage over you in a PvP setting.

What About Crafted Gear?

There isn’t any, not specifically for PvP. It’s still available for lower brackets, though. Level 90 “Crafted Malevolent,” for example.

At 90 Get a Crafted Malevolent Gladiator’s Medallion of Tenacity, if you don’t already have something similar. Human Paladins, of course, don’t need one.

At 91 you can buy a crafted ilevel 630 weapon and two pieces of 640 armor (head, chest, or legs, pick two.) You can also buy items to reroll stats on those pieces.

Upgrading those items, by up to 25 points, can be done but is very expensive. So your ccrafted gear, at 91, amounts to:

Should I get the Honor Gear? Why?

Because it will give you an boost in the arena as opposed to going in with lesser gear. In Season 1 the honor gear is 675 and the Conquest gear is 690. Not too bad a difference for a Paladin.

What about PvE gear?

If you have high level PvE gear then that’s fine.

PvP Gear in Warlords has two ratings, one for normal or PvE encounters, the higher rating for any PvP situation, from duels to Arena and everything inbetween. This dual rating allows Blizzard to get rid of PvP power.

For example, your Conquest gear will be item level 660 in “normal” encounters and 690 in PvP encounters. This seems like a good answer to the “PvE Vs PvP Gear” question and it’s possible that Blizzard will continue it into later seasons.

Note that if you Mythic Raiding PvE gear is better than the PvP pieces then you should keep it and skip the PvP pieces, unless you need the set bonuses or something.

Which Pieces Should You Get First?

Every gear slot has two options for the honor gear and three, with sufficient faction rep, for the Conquest gear. Only one of those options (for the head, shoulder, gloves, chest, or legs) come with a set bonus, the others do not

The Holy Set Bonuses are:

The Retribution Set Bonuses are:

If you do not already have an escape trinket then that should be your #1 pick up. Keep in mind that you can buy one right off the Auction house, so unless you’re Human you have no excuse not to have one.

This video will outline gear acquisition in Warlords.

If you’re doing Ashran then it’s highly recommended that you join an Ashran event group. Besides giving you an actual chance to last longer than ten seconds you will be able to do the various events and kill rares. Events are on timers and can actually be done several times per day, for Conquest and Honor awards. Any actual PvP done will award you with bones (for your gladiator sanctum) and artifact fragments (to hand in at your base.) Looting bodies will get you pieces (hearts, spines, etc.) which you can hand in at your main base.

Killing the level 102 Rares will award any of a number of interesting items, other than gear, gold, or whatever. For example, this item or this one.

In Warlords all of the profession bonuses are gone. No more extra gem sockets, synapse springs, etc. Professions are now only for gaining gold or getting certain gear items.

BTW – Consider getting the Gladiator’s Sactum in your Garrison for additional honor, starting gear, and misc. bits.

Blacksmithing will let you create decent gear to start raiding or PvPing. You can make ilevel 630 weapons and 640 armor. You can also make items to reroll the stats on both, to get them “right,” and also items to upgrade both tcie, to a total of 25 item levels.

Jewelcrafting allows you to create useful rings and necklaces, using the same rules as Blacksmithing, as well as gems and mounts.

Inscription will let you create those glyphs and various other items.

Did this guide meet your expectations? If so, please feel free to use the social buttons and like/share it with your associates. Also feel free to add a comment of you have anything to add or have found some issue with the guide.