Rogue PvP Gear – How to Gear Up Correctly

About this guide: This guide was originally a collaborative effort between Phluxy and Nahj of Skill Capped. All of Skill Capped’s written guides are available for free, and they  encourage reposted as long as a link back is included.

GotWarcraft Note: This guide was originally for Patch 5.2 Subtlety Rogue PvP Gear. We’ve updated it to add Assassination and Combat details, as well as current info.  Obviously this guide assumes that you are level 100 and want to kick some player butt. If you’re not 100 yet then see our rogue leveling guide. You can also find the original gear page on Skill-Capped.

As far as the gear goes, the main changes in Warlords are these 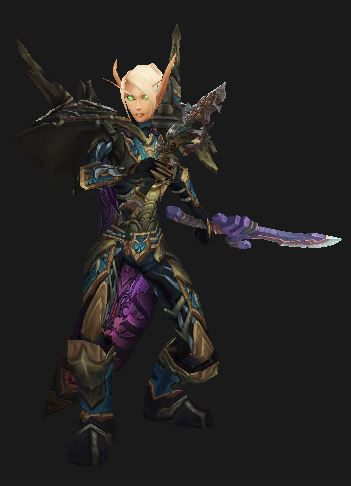 Keeping your stats in the proper order is important. For example, too much Hit gives you nothing and takes away from stats that do give you value. Having the correct stats will give you an edge over someone who does not.

Warlords note: Hit and Expertise are dead. (And so is reforging.) You also have two new stats, Versatility and Multistrike. Bliz has also introduced something called “Attunement” which is where every spec of every class has one stat which Bliz has decided is “best” for whatever it is they do. As a result they get a 5% bonus to that stat from all sources.

Also note that Agility no longer adds to crit rating, but as an Agility class you get a 10% crit bonus anyway.

PvP Power is last in all cases. These are Mists of Pandaria stats. I’ll update when the values of the new stats are known and things have sorted out a bit.

*Mastery note: There is an argument that Mastery is #1 for Sub, due to added damage for the finishers, despite the 5.4 nerf to Eviscerate. This would make Mastery #1 out of Mastery, Haste, and Crit for all Rogues.

These are the stats you will focus on. In this section, you will find a list of stats along with their descriptions; stats are ordered based on their importance. While gearing, you should focus on achieving the following stats based on this priority hierarchy:

While the ability notes are for Subtlety, the general idea of the stats is fine for all.

Agility increases your Attack Power. Note that as Sub you get a 15% bonus to all Agility, in addition to your leather armor bonus, which make this stat just that much more important than it is for other Rogues. Note that in Warlords there are no Agility gems or enchants. Sub Rogues value Agility even more than Cbt and Assassination, since they get a nice Agility bonus with Sinister Calling that the other Rogues do not.

Critical Strike hits, in PvP, do 150% damage, not 200%. Critical Strike increases the likelihood of solid damage output with abilities such as Shadow Dance and Find Weakness.  Once you reach a Crit level of 20% or above, other stats should be accumulated, although anywhere from 20-23% is appropriate, depending on preference.

Mastery – Subtlety Rogue mastery, Mastery: Executioner, increases the effectiveness of all of a Rogue’s Finishing Moves, or in other words, abilities that spend combo points (Recuperate is not affected by mastery.) A high percentage of Sub. damage comes from the Finishing Moves, including the sustained pressure from Slice and Dice, along with the significant burst potential from Eviscerate, our hardest hitting ability when Find Weakness is applied to our kill target.

Haste increases any Rogue’s attack speed and increases the energy regeneration rate.  While faster attack speed does increase Sub’s damage output, the amount of haste required to increase that burst (ie – an extra Ambush during our Shadow Dance from a faster energy regeneration rate) would require too much secondary stat allocation and might only be barely achievable in gear.

Multistrike gives you one chance at an additional strike (and it can be any strike) at 30% effect. Any of these strikes can proc anything that the primary strike might proc, such as poison application, and they can also crit. It’s the extra poison application that improves it’s value, relative to Crit.

Versatility is a straight up increase to any damage, and healing, that you do and also reduces damage (at half value.) No procs, no randomness, just straight up more damage and more survival. Not bad.

There is no PvP gemming in Warlords Season 1. The gems shown below are for PvE gear or for pre-Warlords gear. The gems actually, exist, the sockets (on PvP gear) do not.

Secondary stat gems (eg: Haste) have twice the value of primary stats or PvP stats (20 Vs 10.)

Here are some recommendations for level 90 or lower gear:

If sockets ever become available all Rogues should gem for Mastery.

Short on gold? If you want to buy the gems, above, the best enchants, fund all of your alts, donate to the guild, etc., but don’t have the cash, then see what the Tycoon Addon can do about about improving your situation.

All Rogues should enchant for Mastery.

Getting Started with Your Rogue’s PvP Gear 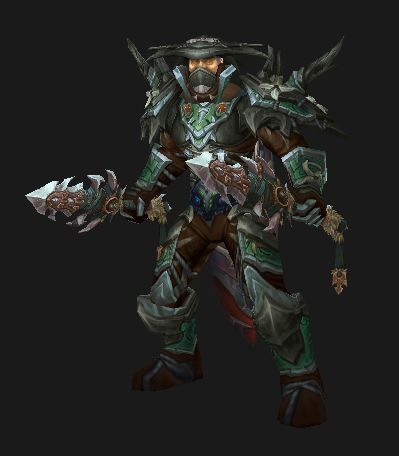 This section is geared towards people who have just hit 100, or have an under-geared alt that needs to be primed for beginning the PvP gear grind.

Upon achieving level 100, we do NOT advise you to just jump into an Arena, or start grinding Battleground’s, or do any sort of PvP for that matter fresh off of leveling in your leveling items. Chances are many of the enemies in a Battleground will significantly out-gear your fresh level 100, which means they will have a significant advantage over you in a PvP setting.

Something that we promise will save you a lot of grief, speed up your grind, and make your PvP experience that much more enjoyable is to obtain crafted PvP gear right away.

Hit, Expertise, PvP Power and Resilience are dead. You will want a PvP trinket, esp. if you don’t already have one. Get this one. Need gold for all of this stuff? See our gold guide.

At 100 those crafted pieces will still be the best, but you might be able to find PvE items on the AH to replace other items. There is no “crafted PvP gear” as there has been in previous seasons.

PvP gear in WoD has two ratings, one for PvE, the other for PvP. For example, the Honor gear is 620/675. The second number applies to any PvP that you do and is higher than any PvE gear that you’re likely to get.

PvE gear is uprated in instanced PvP to 650, but the PvP gear starts at 660 and so is clearly better.

If you have PvE gear, in any given slot, that’s better than the PvP rating on your price, then use it.

The head, chest, shoulders, legs and gloves are the set pieces, but not all pieces have set bonuses.

Assassination definitely wants the 4 piece set bonus. Combat and Sub Rogues who kick a lot will certain want at least the 2 piece bonus, and likely the 4 piece as well.

Should You Get the Honor Gear?

Yes. It will be a very large step up from any previous season gear that you might have and the PvP rating will be better than any PvE gear that you’re likely to get.

Gearing up with Honor and Conquest

The old way of gaining honor was to do BGs. Conquest points could be earned through winning rated BGs and Arena matches. In Warlords you also can gain both from your Gladiator’s Sanctum and various Ashran events.

The Ashran PvE events award both Honor and Conquest points. You earn Artifact fragments from killing players and any of the Ashran mobs or NPCs. Hand the fragments in at your base for Rep with your leader’s faction. Ultimately you will want to earn at least Revered rep for the best gear options. You will earn bones from killing players and these are turned in at your garrison Gladiator’s Sanctum.

Honor pieces have two choices available for each slow that isn’t a weapon, ring, or trinket. Conquest has three items available if you have Revered rep with your faction.

The gear shown is the Conquest gear, but comparable honor pieces have the same stats.

Get your weapons ASAP, then the set pieces, next the DPS trinket, then the enchantable pieces (cloak, neck, rings,) then the rest. Save the escape trinket for last since you already have one, right?

Combat and Sub should go for these set pieces: Chest, Shoulders, Gloves, Legs, and the reputation Head. Honor people can grab the set piece head, too.

Assassination should grab these set pieces: Chest, Shoulders, Head, Legs, and the non-set gloves. Honor people can do the same.

The rest of the pieces:

Important Warlords Note: all of the professions bonuses are dead, including the extra sockets, synapse springs, etc.

With no stat increases to shoot for you should pick a profession based on what you enjoy or find useful.

That being said, here are the best professions for a Rogues in Mists of Pandaria PvP:

Engineering – Various cool and useful toys. Nitro Boosts are the greatest things since sliced bread, but unusable in Arenas or Rated Battlegrounds. Ditto rockets, shields, and other useful items.

Blacksmithing – Potentially you can get nicer weapons ahead of the curve, as well as make keys and a few other possibly useful items.

Leatherworking – Make your own armor, which has some value while you’re leveling. You can make level 90 PvP armor to sell to other players or send to alts.

Herbalism/Skinning/Mining – Pretty much just for the gold.

This guide originally was a collaborative effort between Phluxy and Nahj, produced by SkillCapped. This page has been and updated to Warlords and beyond by GotWarcraft. All of the Skill Capped written guides are available for free.

We hope this answers every question you’ve ever had about Subtlety Rogue Gear in Season 15, and is used as a reference point for your quest to obtain the best PvP gear out there. Let us know if we missed anything, or if there is something you need cleared up in the comments below, and we’ll be sure to get back to you!

14 thoughts on “Rogue PvP Gear – How to Gear Up Correctly”