This is a guide to maximizing your DPS as Frost spec.

Dual-wield Frost is the DPS leader at this time, everything else (skill, gear, etc.) being equal.

Glyphs come in three varieties, Prime, Major and Minor. Glyphs are learned permanently and can be swapped in and out as the situation demands. All you need to swap a glyph is a pinch of Dust of Disappearance. Grab it from your friendly Inscription Supplies vendor.

Keep both diseases active on your target at all times, using Plague Strike to apply Blood Plague when necessary and Howling Blast to refresh Frost Fever.

Prioritize the use of Obliterate for Killing Machine procs.  If necessary, wait a second or two to use Obliterate if it’s on Cooldown, otherwise use Frost Strike.

In multi-target situations you’ll want to drop Death and Decay as well as use Howling Blast as often as possible.  Target mobs individually and use Plague Strike to apply Blood Plague, and you’ll refresh Frost Fever with Howling Blast which is your main attack tool in an AoE situation.

First check that you have 8% melee hit, and if not, reforge until you reach it.  For 2H Death Knight’s the rating required is 961, for Dual-Wielding Death Knight’s, 601 due to Nerves of Cold Steel.

Once you’ve reached the 8% melee hit cap, optimize the amount of haste on your gear while also aiming to reach the (26) Expertise Cap.

If the top gem is too expensive then dropping down one level will not gimp you and will save a lot of gold.

Unless a socket bonus offers strength, it’s more effective to gem for pure strength and ignore the bonus. 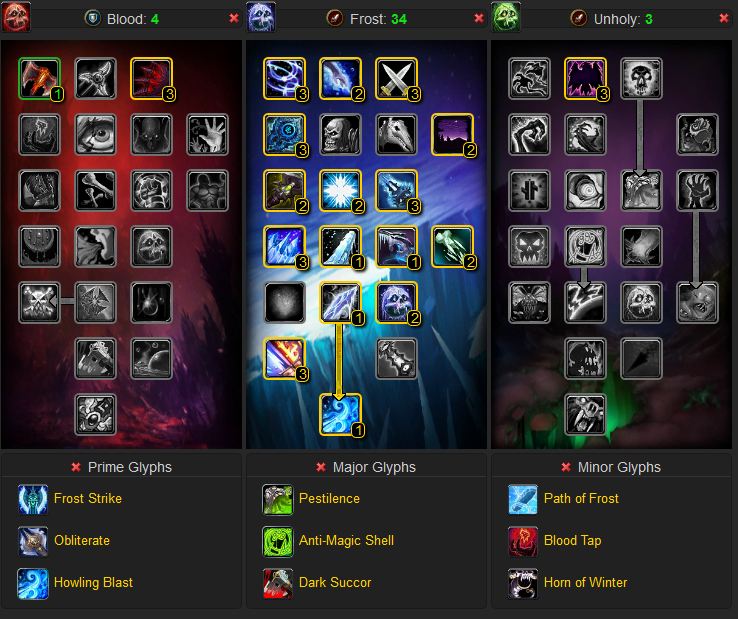 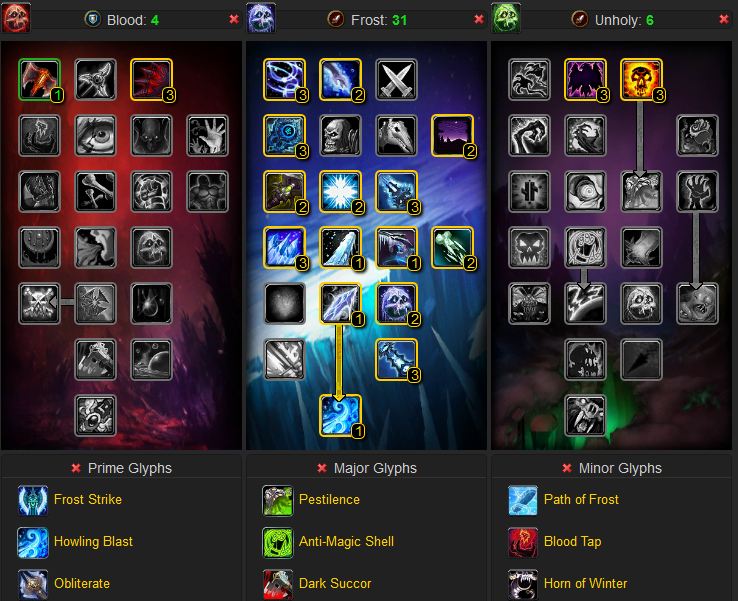