Extra points are recommended to be placed into Runic Power Mastery and Magic Suppression.

Keep your diseases active at all times on your target, extend their duration with Festering Strike when necessary, or otherwise re-apply them with Icy Touch and Plague Strike.

Make certain to use Death and Decay as often as possible, along with Scourge Strike.  Death Coil is to be used as a way of dumping runic power for extra damage and to charge your ghoul with Shadow Infusion so that you can use Dark Transformation.

Apply diseases with Outbreak to start before spreading them using Pestilence.  Continue your regular rotation otherwise.

The Queen’s Garnet gems (and other epic Cata gems) are likely to be very expensive for awhile. It’s not a big DPS hit to drop down one level and save a lot of gold.

Socketing: If the socket bonus isn’t at least 20 Str, then forget the bonus and insert the Bold gems. 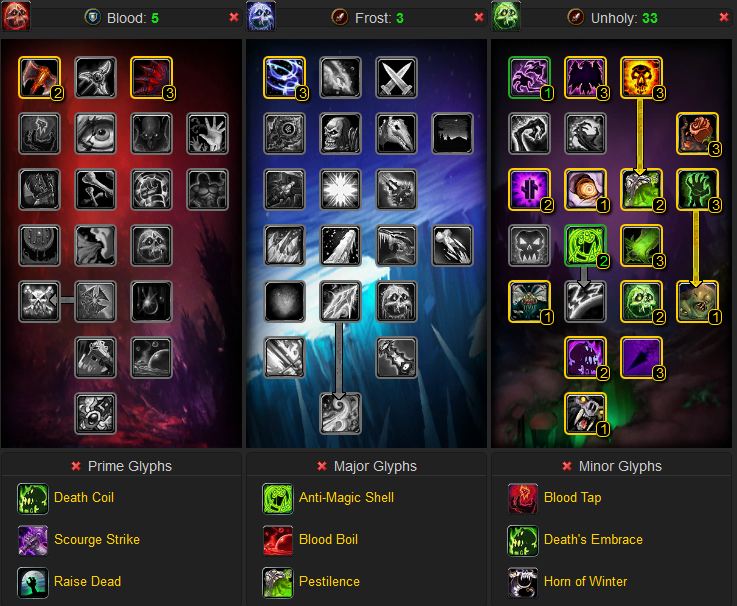