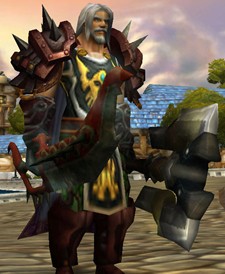 This page is here for legacy sake. As you see, it is just a bit (LoL) out of date for the current expansion. Here are the more up to date pages:

The rest of this page will remain untouched for now.

Glyphs come in three varieties, Prime, Major and Minor.  Once you learn any glyph it’s yours permanently. This allows you to eventually accumulate all the glyphs for your class and them swap them in and out depending on the situation.

Optimal glyphs are easily the best all-around choice, recommended are best in most cases.

Bloodthirst is used whenever possible, meaning you’ll be fitting in other abilities around your use of Bloodthirst for optimal damage output.  Colossus Smash is your first priority followed by either Slam when Bloodsurge procs if you’re SMF or Raging Blow if you’re TG.

When dealing with multiple mob situations you’ll want to use whirlwind as much as possible while otherwise continuing with a regular single-target Bloodthirst rotation aside from using Cleave as much as possible as well as popping Inner Rage when it’s available.

Note that they are both nearly the same, and that Haste and Mastery are the weakest stats for both.

When reforging gear, it’s important that you look to reforge from your least effective stat into the most effective for whatever gear goal you are currently aiming for.

Reforge Haste and Mastery into these stats.

Unless a socket bonus offers Strength, it’s more effective to gem for pure Strength and ignore the bonus.

The epic Cata gems are pricey. It’s not a big DPS loss to drop down one step and save a lot of gold. 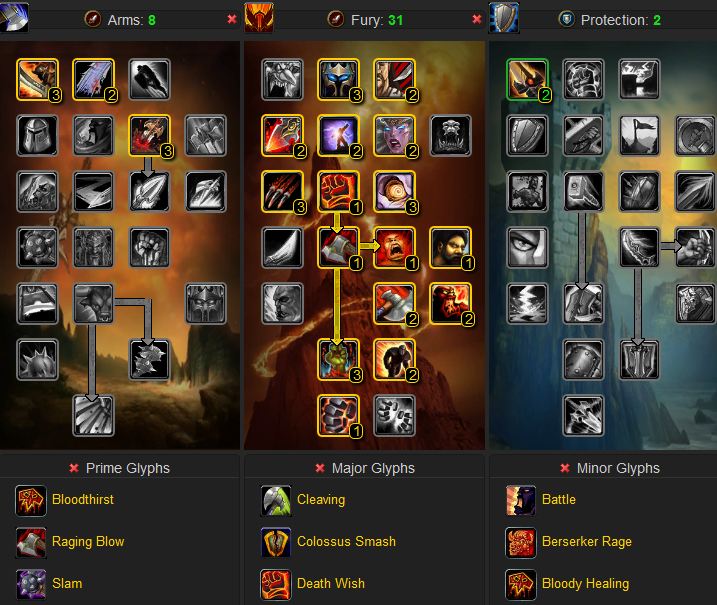