This fight places a lot of demands on the healer.

The Baron casts a number of interruptable spells. Consider assigning players to look out for and interrupt particular  spells, such as his Mend Rotten Flesh. For example: Player A interrupts Mend, player B gets Pain and Suffering, etc.

Any self-heals that the players have will make the healer’s job that much easier.

Casts Pain and Suffering. Interrupt if possible, else dispel. Due to other fight mechanics, such as Asphixiate, everyone may be very low on health when this is cast.

Casts Mend Rotten Flesh. You must interrupt this. It heals him for 30%.

Casts Asphyxiate. Brings everyone to 1 hp. Immediately casts Stay of Execution after. Every tick of Stay of Execution heals you and the boss for 10% health. If the healer can immediately bring the tank back up then you don’t have to wait on interrupting this spell. Otherwise let it tick 1-2 times (to heal party somewhat) before interrupting, as the healer will run out of mana pretty quickly otherwise. Wait too long and the fight will last until the healer goes OOM and you wipe.

At 20% he will go into DarkAngel form and blasts away with his Calamity AoE.. This is where you need to pop Heroism and burn him down ASAP. Healers will need to AoE heal the group. Try to be healed as much as possible before he pops this.

How to Baron Ashbury

This one’s a bit easier than the last fight. 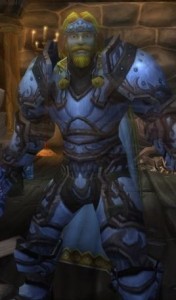 This is an optional boss. He places a lot of demands on your interrupts and CC abilities. At some point in the video they mention their iLevel 333 gear. Yours is probably higher, so you might find the fight easier.

How to Commander Springvale

How to Lord Walden 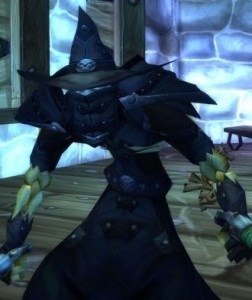 Pull Godrey down to the main floor, you’ll have more room.

Try and interrupt Cursed Bullet as best as you can, it’s hits very hard.

Stay away from the front of the boss when he casts Pistol Barrage (it’s a cone), even the tank.

How to Lord Godfrey: