How to Gear any Hunter spec in WoW PVP

Updated for Warlords of Draenor.  This was originally a Skill Capped guide, reprinted with permission and updated to Warlords by GotWarcraft. (The original page is here: BM S12 Gearing.) If you want to join Skill Capped, go here.

When it was first written this page focused on Beast Mastery, but many of the details will apply to both Marksmanship and Survival and we’ve added notes to that effect. Just use your stat priorities (shown below) instead of BMs and gem/reforge appropriately.

Gear Changes in Warlords: Hit, expertise, Resilience, and PvP Power are dead. PvP gear has two ratings, one PvE and one PvP. The PvP rating makes it clearly better for PvP than any PvE gear. Period.

Warlords of Draenor (WoD) brings two new stats: Versatility and Multistrike. Ag. no longer adds to Crit, but you start with a base 15% anyway. 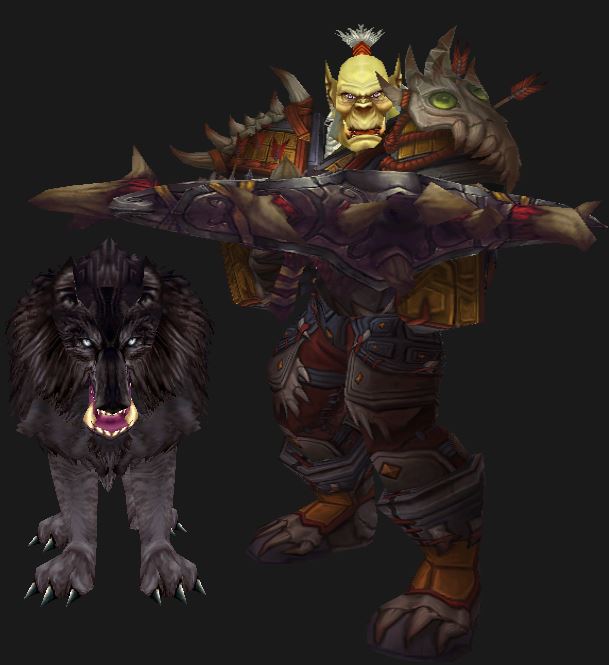 There is no gemming in Warlords for PvP gear, at least not in season 1. The gems are there, but the sockets only appear on PvE gear. The gems only provide secondary stats, no Agility. If you’re using socketed PvE gear in your PvP then gem for your best secondary stats.

Gemming your gear under iLevel 600

Assuming you have gear that can be gemmed:

Short on gold?  If you want to buy the best enchants, fund all of your alts, donate to the guild, etc., but don’t have the cash, then see what the Tycoon Addon can do about about improving your situation.

ADJUSTING STATS AS YOU GRIND

With Reforging gone, along with Hit and Expertise, it’s harder to play with stats. There are some gear choices (see below) and you can reroll the stats on the crafted gear, but that’s about it.

GETTING STARTED GEARING UP

Is PvE gear viable? Yes, in low level PvP. If the item levels are there. At level 100 the PvP rating on the gear will be much better than any PvE gear. PvP gear has two ratings, one for PvE and a second, much higher, for any PvP.

Also in the battlegrounds and the arenas PvE gear is scaled up, not down, so that piece of 620ish PvE gear will be 650 or so in the BGs or arena. .

Upon achieving level 100 you should not just jump into an Arena, or start grinding Battleground’s, or do any sort of PvP for that matter fresh off of leveling in your leveling items. Chances are many of the enemies in a Battleground will significantly out-gear your fresh level 100, which means they will have a significant advantage over you in a PvP setting.

Unlike previous seasons there is no crafted PvP gear in Warlords. You can make some raid quality items and wear a max of three of them. There will make a nice start into the BGs or Ashran until you can start getting your PvP gear. This gear can be worn at level 91 and is expensive to make (or buy.)

The armor, from leatherworking, is ilevel 640. The weapon, from Engineering, are 630. Both can be upgraded, at a greater cost than the original. Stats can be re-rolled until you get what you want. Grab a couple of the large armor pieces (eg: chest and legs) for the stats and then the weapon.

Some PvP gear is awarded in strongboxes. You have to earn at least 500 points in a BG to win one of these and it will contain gold and/or honor and/or a piece of gear.

The three tiers of PvP gear in Warlords season 1 are these:

You can obtain Aspirant’s gear and honor points from your level 2 Garrison Gladiator’s Sanctum work orders. To get the bones for those work orders you will be killing a fair number of players in world PvP. You can also get the bones, and other “parts” from Ashran, to hand in for honor and rep.

Pieces to Get First

Profession Bonuses are dead in Warlords.

Here are the best professions for Hunters in Mists of Pandaria PvP:

Engineering has some interesting items usable in BGs and world PvP, such as your crafted gun, rockets, shields, and stealth gadgets. These items can also be bought on the Auction House.

Blacksmithing and the rest offer few, if any, useful items or perks.

The gathering professions are just for the gold or to supply other professions.

This guide was originally a collaborative effort between Tosan, Tika, and Braindeadly, produced by SkillCapped. It’s been massively modified since then, by GotWarcraft.

We hope this answers every question you had about Hunter PvP Gear. Let us know if we missed anything, or if there is something you need cleared up in the comments below, and we’ll be sure to get back!

Please let us know how the article was. Were we missing anything? Do you have any further questions? Was the format useful? We always want to improve our articles, and your feedback helps!