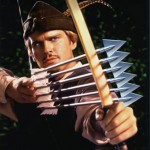 As an MM Hunter your skill with the bow is the #1 thing and your pet is mainly added damage. You don’t have the synergy with your pet that a BM Hunter does, but you do more direct damage. MM Hunters are also the PvP spec of choice, but that’s another guide. This one covers raid DPS.

All Hunter races are pretty close in damage, but to squeeze every last bit of DPS…

All things being equal, a ferocity pet will do the best overall DPS for you. Keep in mind that some pets bring a buff that your raid may need and others might provide specific abilities that are useful in particular fights.

Minor Glyphs often times provide small quality of life improvements or visual changes, such as the Glyph of Shadow Form for priests which makes the character more visible through Shadow Form.  However, a few are known to provide more significant benefits such as the warrior glyph of Berserker Rage.

Keep serpent sting and hunter’s mark applied at all times throughout the fight.  Use Chimera Shot on Cooldown and cast aimed shot whenever master marksman procs.  Arcane Shot is used to burn excess focus, but shouldn’t be used to completely drain focus.  Always keep a pool of 50 Focus around for when Chimera Shot is available to be used again.

When reforging look first for 8% hit rating before maximizing your critical strike chance.  On any gear without critical already present reforge the weakest stat into critical rating. Mastery should always be reforged into better stats.

There is some leeway with talents. For example, moving a point from Frenzy (BM) to Pathing (Survival.)

(View this build on WH) 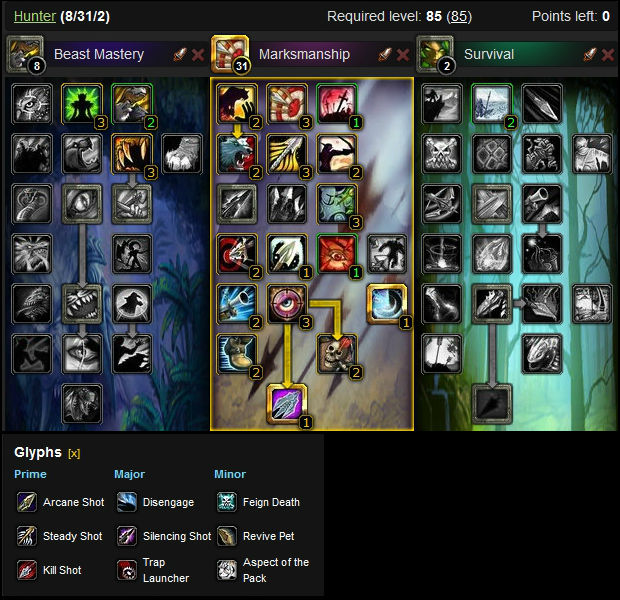 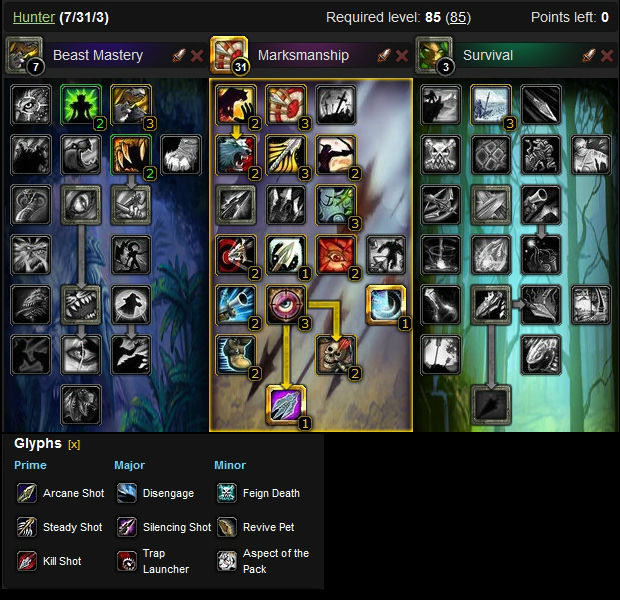