A bunch of talent changes, but very little to other abilities, with the exception of:

Stat Changes That Came with Warlords 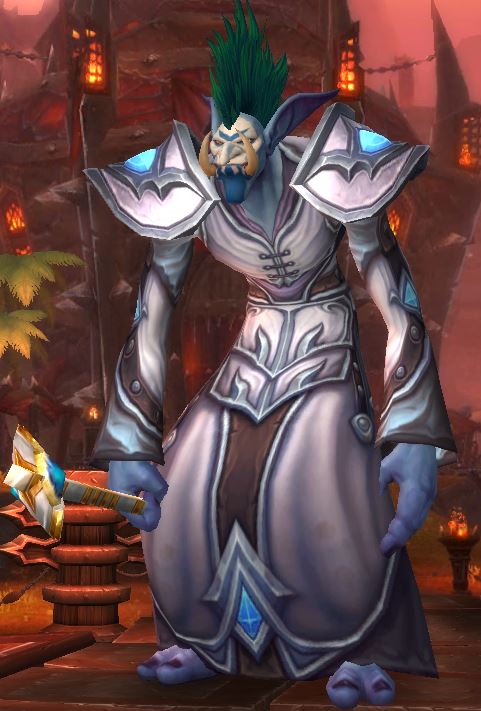 Hit and Expertise are being removed and so are the abilities that deal with those stats. Reforging is also being removed, so that rouite to finely tweaking your stats will be gone.

Intellect no longer provides an increased chance to critically strike with spells, but all classes have, at least, a base chance of 5% to crit.

The new stats that have been added are Versatility and Multistrike. There was going to be a Readiness stat, which would lower cooldowns, but that has been slain.

Also, all specs (of all classes) will be getting a 5% bonus to what Bliz feels is their their #1 secondary stat. The bonus takes the form of a passive ability gained at level 90.  For Priests those stats are as follows:

As you glance below you’ll notice that there are quite a few changes. Some of those changes are to general abilities, used by all Priests, and others to only one or two of the three specs. Some abilities have been restricted to use by only one or two specs. And, of course, some have been slain outright. There have also been a bunch of tweaks to the various talents, esp. the level 90 row. See the talent section below for more detail on those changes.

For Priests the ability pruning focuses on removing redundant off-role abilities, trimming cooldowns, and removing niche abilities. The end result is intended to to clean up the action bars, smooth out rotations, and so on. Also some of the changes are to get abilities to better line up with the removed stats (Hit, Exp, an no more reforging) and the new stats: Versatility and Multistrike.

In general, Bliz is working hard to contain the “Crowd Control” abilities for all classes. Here are some of the changes to CC for your Priest.

For Holy Priests, our biggest concern is with the Chakras. We think that Chakras are the defining abilities of Holy Priests, but that they haven’t lived up to their potential. We decided to move more of their effectiveness from their raw throughput buff (which felt like a penalty for being in the wrong chakra, rather than a bonus for being in the right Chakra) into their bonus effects, and the Holy Word spells that they grant. Please note that all Priest healing spells have been retuned to account for the loss of throughput increases from Chakras. We also returned Renew to a normal 1.5-second global cooldown (GCD), so that Renew blanketing is still possible, but less ideal without Haste. Finally, the ability for Power Word: Shield to critically strike or Multistrike is now baseline for all Priest specializations instead of just Discipline so that it continues to be a viable choice for Holy at higher gear levels.

Shadow Priests had one large problem toward the end of Mists of Pandaria: single-target damage. Their AoE and multi-DoT damage was some of the best around, so they still ended up competitive on most fights. But, in any fight that was mostly single-target, they felt lacking. Additionally, one of the new stats we’re adding in Warlords of Draenor, Multistrike, is almost exactly what their current Mastery, Shadowy Recall, does for DoTs. So, we took these two problems and came up with a change that we think will solve both of them. The result is a new Mastery, which primarily increases single-target damage. Shadow Priests who want to focus on single-target damage can aim for Mastery in their gearing; or, when multi-dotting is more valuable, prefer other secondary stats over Mastery.

See the bottom of the section for the new talents, or this post for all of the new level 100 talents.

As for the rest, Bliz has some things to say about Atonement healing and the level 90 talents and that’s something that will be the focus of a lot of tweaking.

Atonement was the original damage-to-healing conversion ability, but grew out of control during Mists of Pandaria. We decided to reduce its effectiveness, to bring it more in line with our goal of it being an option to trade significant healing for significant damage (ending up somewhere between a full healer and a full damage dealer). Another place where Discipline’s absorbs were too strong was in their interaction with the level-90 Talents, especially in large Raids. Near the end of Mists of Pandaria, we uncapped the AoE healing of that Talent row; that has proven to be a mistake in Discipline’s case, not just because it caused the level-90 Talents themselves to heal for too much, but rather because the gigantic overhealing that that produced translated into gigantic Divine Aegis absorbs.

So here’s what they’re doing about that:

First off, your Atonement now heals for 25% less than before. Now for those pesky level 90 talents.

In the quest for better balance, Blizzard has reapplied the Area Effect caps to the level-90 Talents, making them consistent with all other AoE heals, and reduced their effectiveness across the board. They’ve compensated for this in the tuning of Priest baseline heals.

And the Other Talents:

Something that’s new, but sortof like the old talent trees, is that various talents are being split into different versions, depending on specialization.  For example, in the level 75 row, only Holy can get Divine Insight. Disc. gets Spirit Shell, and Shadow has Shadowy Insight. This isn’t a lot different from some talents in Mists, Divine Insight, as an example, that already had different effects for the different specs, but it makes things a bit clearer and is probably easier for the Devs to work with.

Of interest to leveling Priests, or those who do dedicated lower level PvP (and have turned off their XP gain) is that Bliz has swapped the Level-15 and Level-60 talent rows. They did this to make characters feel a bit more “Priestly” early on.

And Some More Talent Changes

A little poking and tweaking in the hopes of evening some things out.

Aren’t these the ones that everyone really wants to know about? Similar to the earlier talents the different specs of Priest have access to different talents.

One of the interesting glyphs changes is that all classes will learn some of the glyphs as they level. Even if you “poof to 90” you will get these glyphs free, along will all the other abilities that you will learn. You still have to manually install the glyphs, but you won’t have to buy them.

All the other glyphs from still be picked up from the auction house or your friendly, neighborhood Scribe.

Some glyphs will also have categories. What this means for you is that you can only load one glyph at a time from any given category. As an example, Glyph of Shadow Magic and Glyph of Fade are (currently) in the same category, so you can’t load both.

Always subject to change, but here is what you have now, all of these are major glyphs:

These three are Holy Only:

At this time there are no glyphs that are Discipline only.

One of the goals of the ability pruning and restricting was to ease the “button bloat” (too many buttons) problem, so adding a bunch of new abilities after level 90 would be counter-productive. To get around this Blizzard has created “Perks.” These are enhancements to existing abilities, rather than new abilities. An example might be 20% more damage to your “Death and Destruction Spell.”

Another thing to note is that perks are learned randomly. Every time you learn a new perk it will be randomly chosen from the list of remaining perks. So you, at level 95, might well have entirely different perks from your buddy (who has the same class and spec.)

Earlier in the beta there were 9 perks per spec, now there are four. This may well change again before launch.

There’s very little about the PvP game that’s aimed specifically at Priests beyond what you’ve seen above.

With Hit and Expertise being removed you will hit your targets far more reliably than before (in same level PvP.) Characters with lots of dodge (eg: Rogues) will still be a bit harder to hit.

WoW has about a bazillion quests and sometimes one is left with the question, “where to go… how do I find… what to do next…?” Especially if you haven’t already leveled several characters to the max.

Leveling your Priest, of any build, doesn’t have to be an exercise in frustration. Grab yourself a full blown leveling guide, like Zygor’s guide, and you will never again have to ask any of the “Where to go…” questions.

Zygor’s shows you the full step by step path all the way to the end, regardless of your starting point. This means that the guide knows where you are (zone and level) and updates your quests and directions as you move along (though it won’t play the game for you.)

Also, even though you can now buy 90s at $60 a pop you still have those last ten levels to carve through. Plus, you might want the gold, rep, etc. that comes from doing those quests. Since Zygor’s is always quickly updated for all the latest patches and expansions it’ll never be obsolete.

Grab yourself a copy of Zygor’s Leveling guide (or https://gotwarcraft.com/zygors-guide-review-is-it-worth-it/ first) and blast to level the level cap quickly and painlessly.