Leveling your Cooking skill in the Mists of Pandaria is a bit different than in previous expansions. Previously there was the one skill and no specializations. Now you have the general cooking skill and you have six specializations. You can learn any, all, or none of the specializations if you so choose. (See below for leveling from scratch.) Plus there are a few new achievements to work towards, as well as a set of Bind on Account cooking gear, as modeled by Ms. Draenei, below. 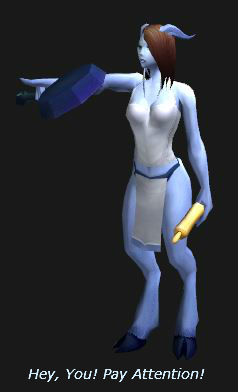 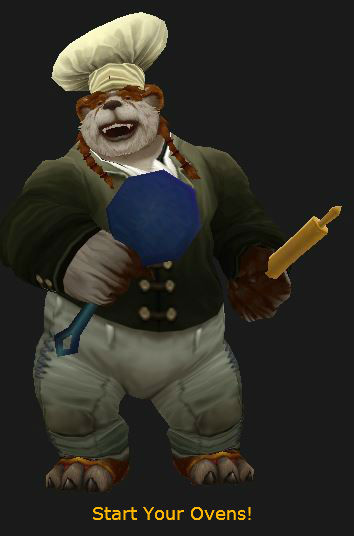 Leveling your Cooking skill in the Mists of Pandaria is a bit different than in previous expansions. Previously there was the one skill and no specializations. Now you have the skill and you can learn any, all, or none of the specializations if you so choose. (See below for leveling from scratch.)

If you collect them all then you will eventually have 600 skill in the general Pandaren Cooking, plus 600 skill in each of the specializations.

Just because you have 600 skill in any one, or several, of them does not mean than you can cook all the recipes. You have to level you skill in each specialization.

Each of the specializations has a separate trainer. Sungshin has all the quests to get you started with these guys.

Tokens are earned by completing the cooking quests and dailies.

Note that each of those specializations buffs one stat, so you might want to start off with your best stat and branch out later. For example, The Way of the Wok is for Agility. If your first priority is hangovers and altered senses, then Way of the Brew must be your first choice.

Many of the beasts of Pandaria drop the items you’ll need for these recipes. Start yer farmin’!

This is an item set that you can pick up with Ironpaw Tokens. Each item costs you 50 tokens and you get a cooking bonus for the set. The bonus is probably useless since you’re already at 600, though it might have value in the next expansion.

The set is Bind on Account, so you can send it to your low level chefs. Here’s the Apron. There’s also a frying pan and a rolling pin to complete the set. The Draenei, top of page, is wearing the set.

Mists of Pandaria has introduced shortcuts to the profession leveling process. If you are 85+ and if you can get yourself down to Halfhill Market, then you’ll be able to take advantage of this. See out Sungshin Ironpaw, located at the market, and start training. She sells a limited number of recipes, so if you’re a collector you’ll have to get the rest elsewhere. The ones she does sell will get you to 525 skill or thereabouts. She also sells the ingredients. So bring a few gold pieces and get that leveling out of the way.

At skill 510 or so you will be able to do a quest, Ready for Greatness, which will teach you Zen Master Cooking (and allow you to get to 600 skill.) Alternatively, you can take the portal back to your home city, train there, and then come back.

If you’re too low level to get to the market, or you’re training cooking as you level, then you’ll have to do it the old fashioned way.

Get back in shape after too much Pandaren cooking. Click here to start!

These do not requite any specialization of rep, just learn ’em like you always have. Most of these are available from Sungshin, at Halfhill Market and you can use them, and her, to level to 525+.

These are referred to as Everyday Cooking in your cooking profession tab.

Way of the Brew

You can create splendid brews, including for your entire raid. Rumor has it that when you have 600 skill in Way of the Brew you will suffer much less severe hangovers, but that’s just a rumor. The reality changing effects will stay the same, however.

Way of the Grill

Way of the Oven

The third branch of Pandaren cooking uses an over to cook the delicacies. It’s a very healthy way of eating and boosts your stamina as a result.

Way of the Pot

Casters will argue that The Way of the Pot is the best of the six specializations, because anything that boosts Int must be the smart way to go. (BTW – it’s not The Way of Pot, rather it’s The Way of THE Pot.)

Way of the Steamer

When I think of steaming I think of Pork Steamed Buns, but those Shrimp Dunplings will likely do just fine. These recipes boost your spirit. For real world dumplings you can check Amazon: Asian Dumplings: Mastering Gyoza, Spring Rolls, Samosas, and More (Kindle version.)

Way of the Wok

These recipes are for the Agility crowd; Rogues, Monks, & Druids.

Items to be Earned, Gear, Etc.

As usual, there are a bunch of achievements. The last one is for all of you Role-Players out there. 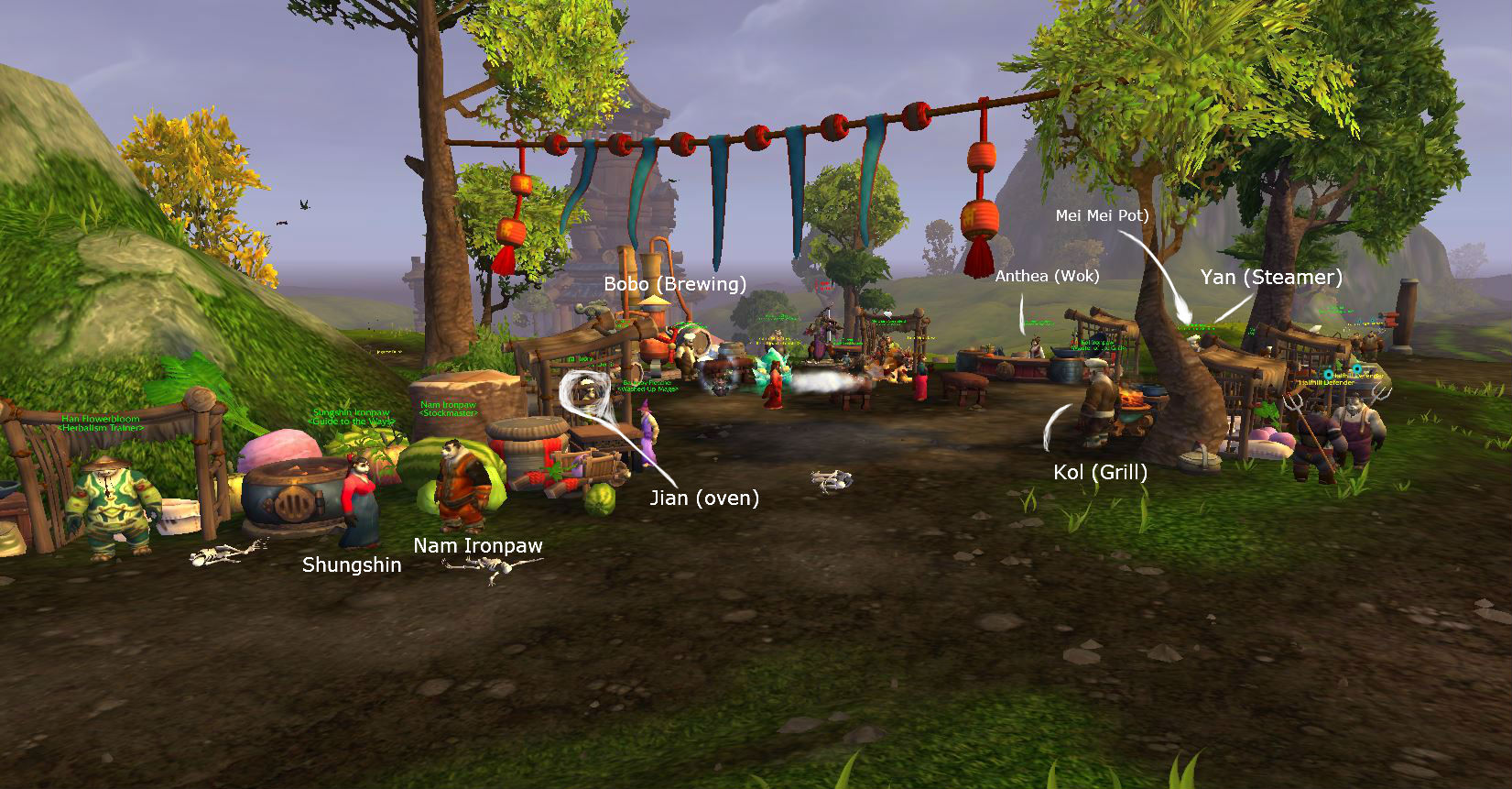 1 thought on “Pandaren Cooking and Recipes”