Protections Warriors are the original tanks and some say that they’re still the best tanks. They fit the image: heavily armored with shield and gnarly weapon of choice. They have all the tools to command the attention of what they’re fighting while the team burns it down.

Minor Glyphs often times provide small quality of life improvements or visual changes, such as the Glyph of Battle which extends the duration of Battle Shout.  other provide more significant benefits such as the Warrior glyph of Berserker Rage.

Minor Glyphs:
These are our recommended minor glyphs for Arms Warrior PvE.

Here are your highest priority abilities and their priority of use.

Especially with the changes to threat in patch 4.3 the offensive stats (Hit, etc.) aren’t as necessary as before. The mitigation stats have more value and make your healer’s life easier. Mitigation also helps protect against massive damage spikes.

Your most important stat to reforge into is Mastery for the increased block chance.  If a piece of gear already has Mastery, look to reforge into Dodge or Parry, preferably keeping the two as close in value as possible in the process. Your Strength will provide a fair amount of Parry, so Dodge is probably what you will be reforging into, if not Mastery.

Your most important aim is to achieve the block cap of 102.4%, above all else.

You will need at least 2 yellow gems to activate your meta gem, but since you’re gemming for Mastery that’s not a problem.

Gem for Mastery above all else, even ignoring socket bonuses unless they offer a +20 Mastery bonus, per gem, and then use a combination gem.

(View this build on WoWhead) 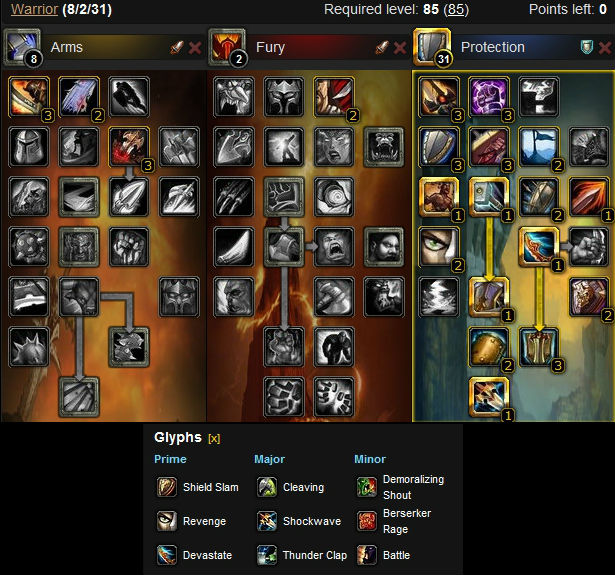 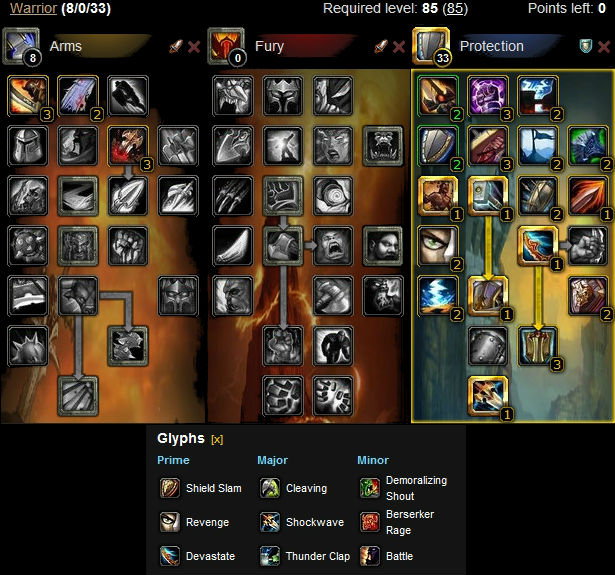