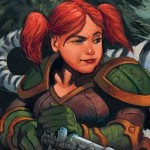 The Survival Hunter is the master of using traps and poisons to deal with the opposition. In Area Effect situations Survival does very well indeed and can keep it up for awhile. In this guide you’ll find out how to do maximum DPS as Survival spec, which gems and enchants to use, and so on.

Glyphs are learned, like spells or abilities. Once learned you can swap them in and out of your glyph list as the situation demands. All you need is a pinch of Dust of Disappearance.

Minor Glyphs often times provide small quality of life improvements or visual changes, such as the Glyph of Feign Death, which shortens the FD cooldown.

Prime Glyphs for the Survival Hunter:

To begin a fight, apply Hunter’s Mark and Serpent Sting, refreshing Serpent Sting throughout the fight by using Cobra Shot in your rotation.  Use explosive shot whenever it’s available, as well as Black Arrow.  Cobra Shot is used to regain focus while Explosive Shot and Black Arrow are on Cooldown.  Arcane Shot is used to expend excess focus to avoid focus capping, but should never be used to 0 Focus.

For multi-target fights, Multi-Shot and Explosive Trap will be your primary damage dealing abilities.  Due to the talent Serpent Spread Multi-Shot will apply the Serpent Sting debuff to all targets for further AoE damage.

For Survival hunters, reaching 20% Haste requires only 6% (758 Rating) from gear as the rest can be obtained from talents.  Once you’ve reached 20% haste it becomes more effective to reforge into critical strike rating so long as you maintain your 8% hit and 20% haste while doing so.

Unless a socket bonus offers agility, it’s more effective to gem for pure agility and ignore the bonus.

(You can view this build here) 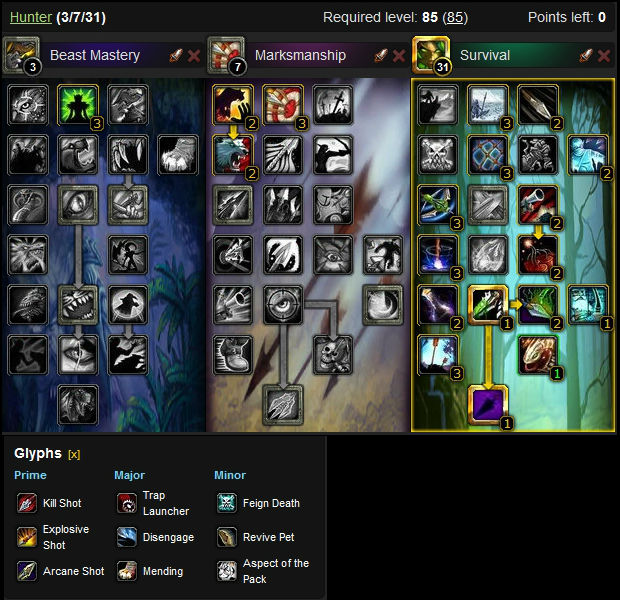 Thanks to ElitistJerks for all their research and analysis.