When you ride the dragons around the place, burning stuff, take some shots at the trogs near Gen. Umbirss. Not that it will do any good, but it may be satisfying.

When burning stuff try to hit each group of mobs with more than one flame blast. This will make them very easy to take down when you run into them after the dragon flight. Most of the trash in the dungeon will be heavily damaged with some decent targeting in this phase. 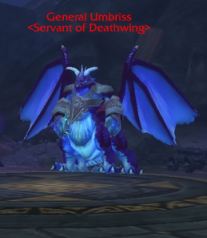 Have 1 person (sheep, sap, hex, root) CC the Malignant Trogg ASAP! Remember you can target it before before boss calls for it. Mage is best for this, have him/her stand at left side of the room when you pull boss.

If boss has even 1 stack of Frenzy when he Enrages this fight can turn out to be unhealable at 30%.

Tank boss at right side of the area. Tank will tank boss and all small troggs, do not kill them
Ranged spread out on the edge of the area.
Avoid Blitz and the Ground ability

Just keep Malignant Trogg perma-CC’d during the fight and this fight is really easy.

(Language alert at the end. You might not care, but your boss will.) 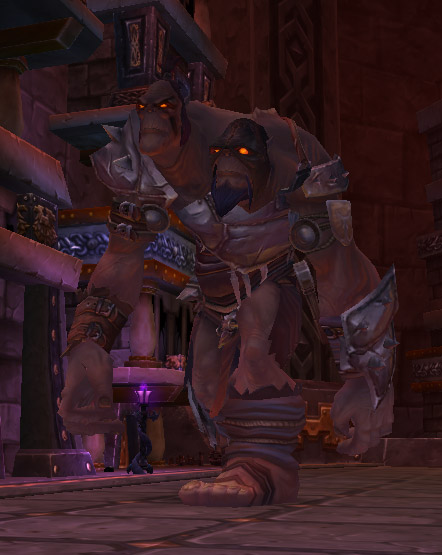 Clear all adds from the immediate area before engaging Throngus.He won’t call any in, but you don’t want to be tripping over them.

The boss has three kinds of weapons, which will change the way the group has to behave.

Dual-wielding swords: Basically doing fast hits (heavy damage) on the tank. Also causing a dispellable dot on the tank, increasing fire damage. Simply dps him from the back. Pop cd’s and use heavy heals on tank.

Phalanax shield: Will blast fire forward, facing a new direction for four blasts. Do not stand in front of him during this phase. Avoid it and dps him. aoe heals if you can

Mace: This is the easiest but also the most tricky one. He will hit insanely hard, but run very slow. This means the tank has to kite him. He will also charge and impale a random target. Therefore we had the group stay around the entrance from the previous room, while I kited him away from them. Doing so, the range for his impale charge became very long, and he never even got close to reaching me. DPS can chase him to keep dpsing, but be aware of the fire-trace he leaves and dont run in it. Heal impaled teammates (shouldn’t really be any other damage during mace stage ’cause it’s a kite.)

He will also stomp to cause Cave ins. Move away from them obviously.

And lastly, Disorienting Roar will slow spellcasts, so healer has to be aware and keep people topped. 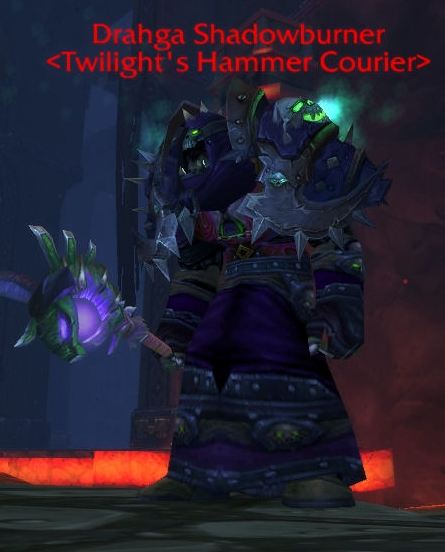 Running away from adds is your number one priority, as they will instantly kill the target if he is hit. Slowing effects and stuns work, use every possible skill you have to not have them reach their target. About 2-3 seconds after death they will explode. It doesn’t look like this will harm you, though. Obviously the person who gets targeted by the add have to run like crazy. You can see where the adds are about to spawn by looking out

The first phase is rather easy and short. When the boss ‘dies’ he will jump into the lava, summoning a dragon. That’s when the real fight begins.

On his dragon, the boss gains new abilities but continues to spawn adds which are still priority number one. In addition he will cause an area of effect which slows your movement speed. He will also breathe for heavy damage on your party. This covers an area of almost 180 degrees in front of him. So stay behind him when that happens.
~~
After he hops on to the drake there are 3 things to watch out for.

1) The twilight thing on the ground that is pretty much fire, it seems to be dropped behind the boss. (You can’t see it well unless you have projected textures on, but you will have a debuff that lets you know you are standing in it.)
2) His breath. (When he turns away from the tank, run behind the boss, the spread of his breath is humongous.)
3) Spawned elemental adds. (These need to be DPSed as soon as possible, unless they are coming for you, if they are coming for you run away. There will be a fire beam pointing to you that lets you know that they are heading for you. They only blow up when they reach their target so melee DPS are not in danger when they kill the add, stun or snare them if you can. Also, sometimes they will spawn right next to you and you will die before you even knew it happened, make sure you look around for the small fire gates whenever it notifies you that he summons them.) 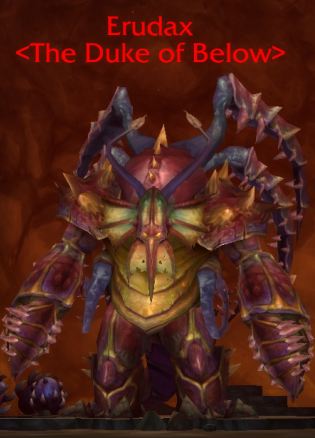 Keep him in the center of the room.
When he uses Enfeebling Blow and knocks you back, wait for him to come to you, and reposition him.

Nothing specific for you to do, just heal!

After he casts Shadow Gale, 2 adds spawn at the room entrance, slow them with whatever you can (Chains of Ice, Crippling Poison, Mind Flay), and burn.
Back on the boss once the adds are down.

Erudax uses Binding Shadows, which throws a Shadow Crash like missile, targeted at the ground under who he picks, move from that area, as it heals him for the damage you take, and paralyzes you.
When Erudax casts Shadow Gale, a purple vortex will spawn on the dirt part of the floor(ie not where the dragon eggs are), everyone has to move and stand in the purple vortex. Note: the boss takes increased damage during this ability, so casters go nuts, and if the tank can drag Erudax to the vortex, melee should join in the fun also.

Need gold to pay for all of your repairs and so on? Check out our gold guide and the Tycoon Addon. Gold will no longer be an issue!