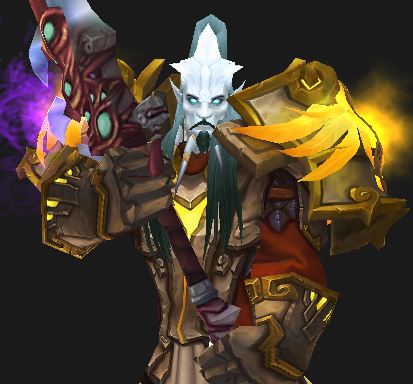 The following sections are for the original Warlords changes (Patch 6.0)

One of the changes coming is that all specs of all classes will have an “attuned” stat. This comes in the form of an ability that you will gain at level 90. The idea is that it will be a boost to whichever stat lets you character do it’s main job better, whether that’s healing, DPS, etc. It will also give you a clue as to where to stack additional stats when you’re give a choice. Since reforging will be gone the only way to do this will be through various effects and picking one piece of gear over another.

These are all passive and all boost the appropriate stat by 5%.

Strength will provide no Crit bonus and the Parry that it provides will be reduced.

Hit and Expertise are going away. Reforging will be dead. Any abilities, such as Holy Insight, or racials that would increase either stat will either be changed or removed.

This leaves you will a 100% chance to hit opponents of up to three levels higher than yours (eg: Bosses.) There will be a chance to be parried, but all tanks will have an ability that will reduce that. The Prot. Pal’s ability, Sanctuary, will reduce the chance for attacks to be parried by 3%.

New stats will be added to improve flexibility. The old secondary stats will remain, those being: Crit, Haste, and Mastery. The new stats are:

Ability Changes for all Paladins

Some abilities will be restricted to one or two specs, see the sections below for those abilities. The idea here is to streamline things, remove excess abilities (buttons,) zap redundancy, and so on. For Paladins, the pruning focused on removing niche abilities, and trimming cooldowns.

Abilities that will be Removed

Abilities to be Changed for All Paladins

Basically Bliz feels that healers are too powerful, so they’re going to make a few tweaks. They’d like to see players spending a bit more time at less then 100% health, without necessarily increasing their danger of actually being killed. They will also be trying to adjust things so that healing abilities don’t scale out of proportion to health pools and content.

Regarding “Smart Heals” Blizzard says, “…we’re reducing the healing of many passive and auto-targeted heals, and making smart heals a little less smart. Smart heals will now randomly pick any injured target within range instead of always picking the most injured target. Priority will still be given to players over pets, of course.”

Multi-target heals will be tweaked in a similar fashion, making them heal less or sometimes cost more mana.

Cheap and easy healing spells are also being removed or tweaked. The idea being to make the choice of when to use low cost and low “throughput” spells vs higher cost and higher throughput spells more interesting. Here are some examples:

Bliz is mucking around a bit with the tanking system. They’ve decided that, for now, they like the “active mitigation” model, where your efforts result in less damage taken, rather than just randomly avoiding it. Part of the idea is that active mitigation results in “smoother” incoming damage, as opposed to the damage spikes seen when a parry is missed. Their goal to keep both stats (dodge & parry) “on the low side.”

As a result, the amount of Parry gained per point of Strength has been reduced by 25% and items in Warlords will lo longer have either stat. Various effects might still add to your parry.

To make up for the loss of Parry there is a new ability: Resolve

All tanking stances and similar effects now increases threat generated by 900% (up from 600%.)

Want to play a tank in PvP? It hasn’t been viable for awhile, but Bliz would like to change that. Tanks will do somewhat more damage, have a lot less Crowd Control (CC) available, and they’ll be a bit squishier than otherwise. The goal is to do both less damage and to take less damage than DPS classes.

We made several changes for Holy, to go along with other larger system changes to compensate for the removal of Guardian of Ancient Kings from Holy, and merged its benefits into Divine Favor. In order to follow through on our change to merge all types of Haste %, we removed the Spell Haste % from Seal of Insight to a Holy-only passive, so that it didn’t also increase Protection’s baseline Haste by 10%. Our changes to healer mana and mobility also indirectly increased the value of Selfless Healer by a large amount, so we brought it back down to be even in power with the other talents on its row. We also raised the range of Denounce to be consistent with other spells. Lastly, we adjusted the critical strike chance of Holy Shock, to increase the value of Critical Strike for Holy Paladins.

Looks like Retribution is getting off rather lightly this time around. I guess Bliz is pretty happy with the spec.

The Changes to the Paladin’s Talents

Assume that there will be a lot more in the way of tweaks between now and when Warlords is actually released (“on or before” Dec 20, 2014.) There probably won’t be much in the way of new replacements for individual talents, beyond what we have now, but we’ll see. Here’s what there is so far:

Also see our post on all of the new talents, for all classes. Note that in a numbers of cases each spec actually has access to different talents.

The most interesting change coming to glyph in WoD will save you some gold. Various glyph swill be learned, by all classes, automatically, just as you do now with your abilities. You will still have to manually install them in your glyph pane, but they will appear automatically in your “glyphs list.” All the other glyphs you will have to buy or beg as always. All Paladins will learn:

Glyphs will also have categories and you will only be able to load one glyph from any one category at a time. For example, the Glyphs of Hand of Freedom and Liberator are in the same category.

There are no changes to the minor glyphs, so far.

The New Paladin Abilities are “Perks”

Beyond that level 90 ability that adds 5% top one of your stats all of your new abilities, from 91+, will be perks. These don’t add to your button list, they’re all “passive,” and what they do is enhance an existing ability. Examples are 20% more damage or 20% faster cooldown.

In earlier WoD builds there were 9 perks for every spec of every class. At the moment there are four. I assume, like everything else, this will change. Also, the perks are learned randomly. At level 91 you will learn your first perk and it will be randomly picked from the available list. As you go on you’ll get the rest, randomly, until you have them all.

So what do you think? Leave a comment below!