Flying in the Shadowlands, Coming in Patch 9.1 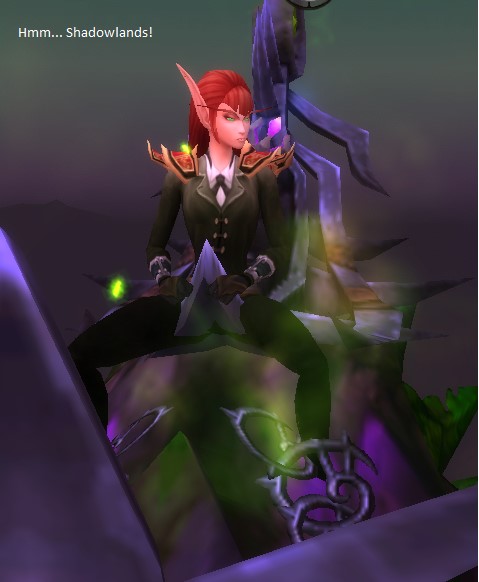 There will be a Pathfinder Achievement required, the Covenant Campaigns, that will also come in patch 9.1. You only have to complete one of them. Shadowlands flying will then be opened up for that character as well as all of your other level 50+ characters. The character doing the campaign does have to be level 60.

Also note that is recommended to stick with ONE Covenant until you have the achievement. Your Rep (Renown) will be reset if you switch.

You’ll be able to fly around in any of the four main zones, not the Maw (Jailer says, “Nope”) or Oribos (though you can still use ground mounts.) Flying between zones will be nogo, since they are so far apart. You’ll still have to use the bus. Er… travel system. Any NEW zones added will be off-limits, at least to start.

Once you get the achievement then you’ll also get a Covenant-themed mount for your character. Which one varies by covenant. If you want all four, then you have to do all four Covenant campaigns.

If you have a Flight Master’s Whistle you will have to keep it in your pocket, since it won’t work in the Shadowlands.  Perhaps later.

If, for whatever reason, you do not have the Legion and/or Draenor pathfinders, then you can buy them from your flight trainer.

Here’s what Game Director Ion Hazzikostas had to say:

“Shadowlands Pathfinder, which is coming in Chains of Domination, will not require any reputation. This is different from Pathfinder achievements from past expansions, it just requires completing your full Covenant campaign and the new chapters added in Chains of Domination. Once you’ve done that, you have mastered the overworld of Shadowlands, restored much of the Anima, and then you can earn the ability to fly within the Shadowlands.”  (source)

From a few months back.

“John Hight is the Executive Producer for World of Warcraft, and I was lucky enough to get to interview him on my stream! We talked about unlocking flying in Shadowlands, cross-content incentives and requirements (like how Essences required some players to … “