Druid Changes in Warlords of Draenor 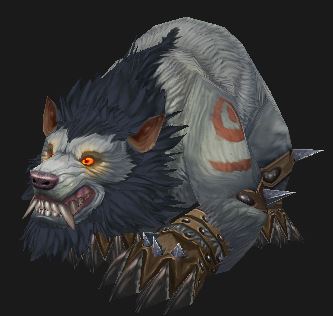 Wow. Lots of Druid changes, especially Balance, arrived with Warlords of Draenor. Then a couple more came with patch 6.1.

Various changes are across the board. All classes are losing various abilities and others are being restricted to one or another spec. Occasionally new abilities will be replacing old ones, but no one is going to gain abilities.

The “new” level 91+ abilities are “perks.” These are actually enhancements to existing abilities, not new ones..

Feel free to add your thoughts in the comment form at the bottom of the page or share this page and add them there.

Bliz is introducing (for now) “Secondary Stat Attunements.” These take the form of a passive ability that grants a 5% increase to the amount of a specific secondary stat gained from all sources. Perhaps this is to make it easier to choose correct gearing for your Druid. It will be interesting to see if any of the non-favored stats turn out to be “better” anyway. These are all level 90 passive abilities.

There is a new passive, named Critical Strikes, which increases chance to critically strike by 10%. Among various other classes it is also learned by Feral and Guardian Druids. Most classes and specs will have a base 5% chance to crit, Ferals and Guardians will have 15% total (plus any racial or gear bonuses.)

In addition there are a couple of new secondary stats, Versatility & Multistrike, and a few tertiary ones: Bonus Armor, Leech, Avoidance, Speed, and Indestructible.

All classes are losing something, with the intent that this will “clean up” an excess of abilities. The idea is that you might be able to get by, and be happier, with a few less slots on a way overcrowded action bar.

A number of Abilities Have Been Restricted to Certain Specs:

Several Modified Abilities, but not Restricted to a Spec:

One of the issues that Bliz has with Balance Druids is that they fall into a “hard to learn, easy to master” category, when it should be the reverse. So they’re making a few changes… 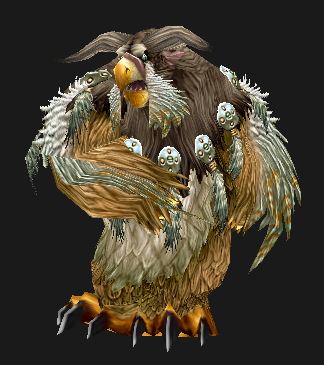 Here’s the Balance rotation as is stands in early Warlords:

That’s the basics of the new Moonkin rotation. There’s room for improvement beyond that, learning to optimally maintain both periodic damage effects with the strongest Eclipse effect, timing Starsurges to optimize the benefit of its buff, make use of Starfall and Hurricane for area damage, and taking advantage of the strengths of each side (such as Moonfire and Sunfire having significant differences now). Here are the full details of the changes.

Vengeance has been removed and replaced with a new passive ability, Resolve: This increases your healing and absorption done to yourself, based on Stamina and damage taken (before avoidance and mitigation) in the last 10 seconds.

Bladed armor adds Attack Power equal to 100% of your bonus armor (one of the new tertiary stats.)

All tanking stances and similar effects now increase threat generated by 900% (up from 600%). Retaining aggro should be a complete non-issue. Loss of it will be more likely due to boss mechanics or napping than anything else.

Guardian Druids’ Mastery (Nature’s Guardian) has been replaced with a new Mastery: Primal Tenacity. This causes the Druid to gain a Physical absorb shield equal to 16% of the attack’s damage when they are hit by a Physical attack. Attacks which this effect fully or partially absorbs cannot trigger Primal Tenacity (I assume this means that the shield will not be reinforced by subsequent attacks?)  Magical attacks will need other defenses. Your Primal Tenacity now also passively increases Attack Power by 8% (percentage increased by Mastery), in addition to its current effects. 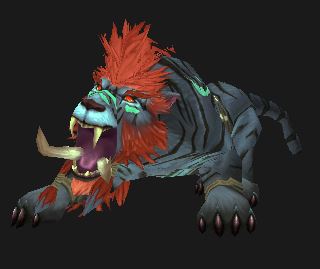 Feral Druids received one major change, and few tweaks beyond what’s been mentioned above in Ability Pruning and Facing Requirements, and that change is to their combo points:

And in the Other Feral Abilities:

Restoration Druids got a few changes as well. 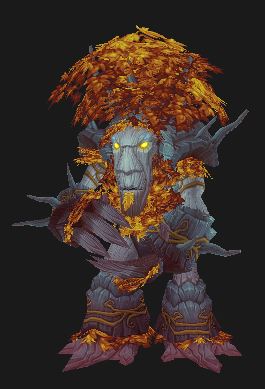 Bliz is making some changes to healers in general. As gear increases healing becomes very strong. With burst damage that can drop a player to zero very quickly there’s a need for strong heals. It looks like they want to get away from the “Mighty Heal” spell and also from the “Oh s***, I have to get to him NOW” approach. They feel that players should be able to spend more time at less than 100% without feeling that sudden death is imminent. (more here.)

Smart and Passive heals are also being tweaked: “…we’re reducing the healing of many passive and auto-targeted heals, and making smart heals a little less smart. Smart heals will now randomly pick any injured target within range instead of always picking the most injured target. Priority will still be given to players over pets, of course.”

They want, in general, for players to have “more interesting” gameplay. They want us to make decisions and think a bit. To this effect certain low level spells, such as Nourish, are being removed. They want “to give players a choice between spells with lower throughput and lower cost versus spells with higher throughput and higher costs.”

Here are a couple of examples:

Only the talents that had major changes are shown here, small changes are not. Also note the patch 6.1 changes.

A bunch of major glyphs are being slain, a very few are new, and a few have changed. There are no additions or deletions to the minor glyphs, yet.

Some Glyphs are automatically learned as you level, just like your abilities and talents. They are learned at level 25, 50, and 75; the same times your glyph slots open up. While you won’t get a full set, far from it, you will get enough to work with. You will still have to hit the Auction House or a Scribe to get additional glyphs. Note that all of these are Major glyphs.

Note that some of the glyphs learned are specific to a spec, such as Glyph of Healing Touch being resto.

Instead of gaining new abilities once you pass 90 you will receive Perks. These are enhancements to existing abilities. Blizzard figures that our action bars are too complicated already and adding even more abilities would just add to the problem. As an answer they’ve pruned various abilities (above) and added the perks instead of new abilities.

One other thing about the perks, as of now, anyway, is they they are added randomly. You’ll have four perks, gained from 92 to 100, but which one you get will be random. Two Druids at level 95 may well have no perks in common, though by 100 all Druids will have the same ones.

That said, here they are as the stand now. Earlier there were nine perk each, now it’s four.

More riping, tearing, and chomping damage, plus misc other buffs and changes. They didn’t exactly redesign the class, but you should quickly notice the changes.

Level 15:  Displacer Beast is now classified as an Arcane School ability and can no longer be used while silenced.

Leveling your Feral or another alt? Looking at yet another 90 (or 100) levels to go? Want to save yourself many days of in-game time and wandering about, looking for the faster path to level?

You’ll never again wonder about where to go or what to do. You can focus on the tasks and tearing things to pieces and Zygor will show you everything you need to know to maximize your leveling speed.

Sure you can just buy a level 90, but then you have to spend time learning that character and work through those last ten levels anyway.

You will probably never need to look at your quest log again! Grab your copy of Zygor’s Leveling Guide, here

1 thought on “Druid Changes in Warlords of Draenor”