Great addons for WoW patch 5.4 and the Timeless Isle 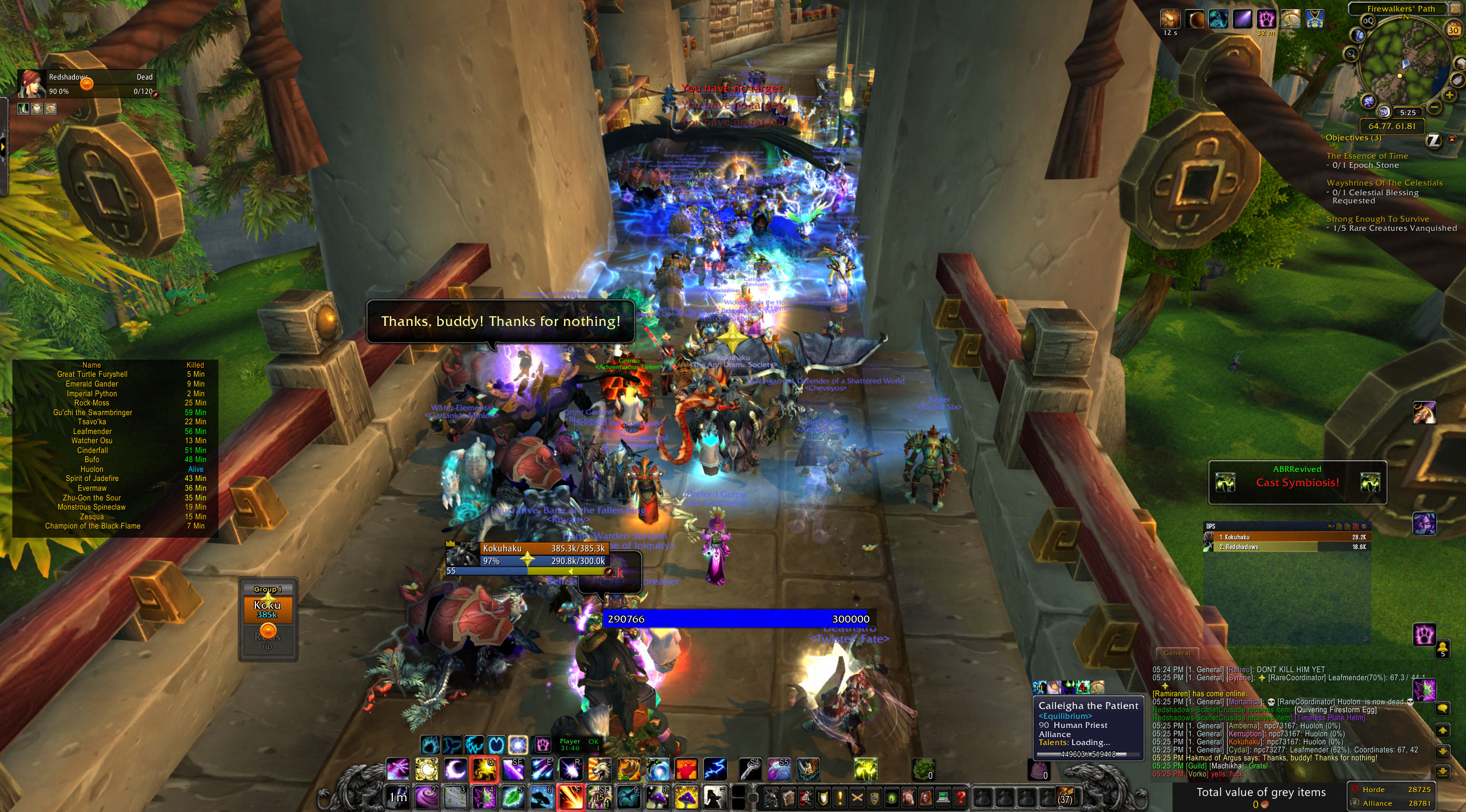 Like most people, you’re probably hanging out on the Timeless Isle a lot since the 5.4 patch and it can be very confusing at first with so many rares spawning all over the island and no clue where they are. There is also the new Timeless armor tokens like Timeless Plate Chestpiece that can be found as drops from monsters as well as from chests hidden all over the island. Here are a few of the addons that you may see many people using to keep track of rare spawns and times, as well as a few of my favorites for locating bosses and all the hidden chests.

HandyNotes – This is the main addon to add notes to the map. It’s required for all the other “notes” addons to work.

HandyNotes_TimelessIsleChests – This will show you the locations and types of hidden chests all over the island. For some harder to reach chests it will tell you how to get them.

HandyNotes_TimelessIsle_RareElites – This addon will show the main spawn points for all rare bosses on the island. They are marked on your main map as skulls.

Rare Spawn Overlay – This is pretty much the same as the one above, but it has the names written out on the map and spawn locations highlighted with colors. It’s like npcscan overlay if you’ve ever used that.

RareAnnouncer – This one is very good for knowing when to go to a rare boss spawn location to kill them. Most of the time the bosses will die so fast that unless you were there when it spawned you will have to chance to get a hit in and get some loot. This addon will put a timer on your screen that will let you know how much time has passed since the last time the boss was killed. Most of the bosses spawn around every 45 mins so this will give you a good idea of when you should start heading to the boss spawn point. 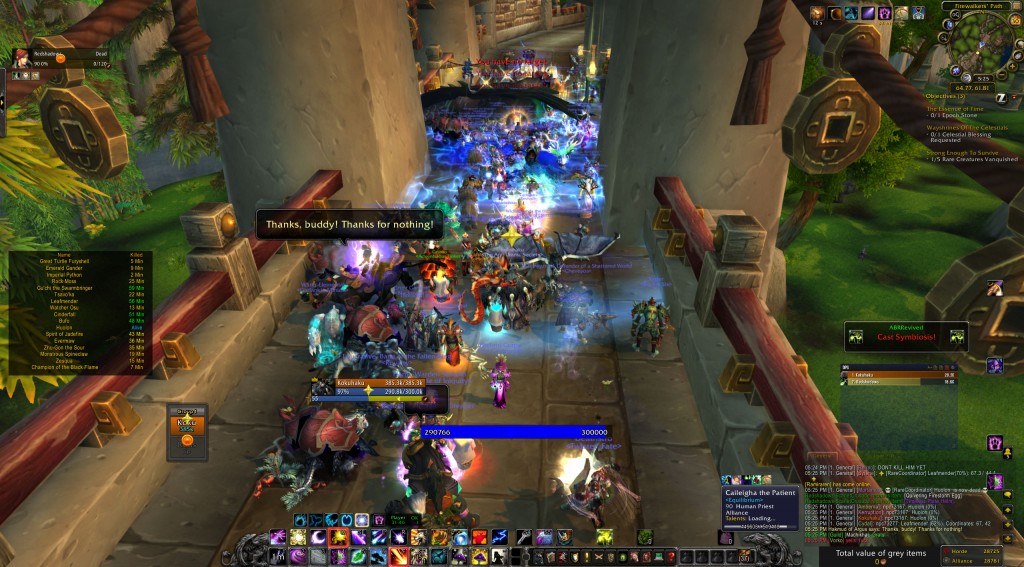 _NPCScan – This addon will makes a noise and flash the edges of the screen when a rare is nearby you. It will also let you target the rare and market with a triangle so you can find it easily.

3 thoughts on “Great addons for WoW patch 5.4 and the Timeless Isle”