Has WoW Killed the MMO Genre?

Every time a new MMO is released a bunch of people hop onto their soapboxes and announce that it’s the New WoW Killer. It’s the game that will put World of Warcraft on it’s massive butt, blah blah blah. 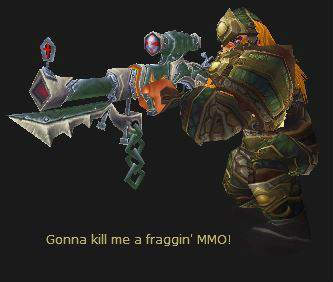 Naturally they’re wrong and naturally all those games have either died or become pretty much “free to play.”

So here’s a different tale on the question, from The Escapist:

Has WoW Has Killed the MMO Genre?

The boss of new MMO Firefall thinks that World of Warcraft made MMOs “too accessible.”

“Sometimes I look at WoW and think ‘what have we done?’ I think I know. I think we killed a genre.” Former World of Warcraft developer and CEO of Red 5 Studios Mark Kern believes that WoW, and its countless clones, have killed the MMO genre by making MMOs too accessible to a casual audience. In particular, the ease in leveling through the main game and the race to the mythical “endgame” has made it increasingly difficult for new developers to create rich worlds. “And it worked. Players came in droves, millions of them. But at what cost?”

Then, after reading it, come back and tell us what you think (keep it clean.) Has WoW killed the MMO genre? Can any company, other than Blizzard, kill off WoW? What would it take?

Sure, lots of games have prettier graphics, by far, and decent stories and so on. But does any give a Goblin’s hangnail about story anymore? I like to explore new zones and read the quests and get into the story, but does anyone else?

1 thought on “Has WoW Killed the MMO Genre?”