Patch 4.32 is mostly bug fixes and tweaks, but they did add a nice change in that you can now team with your Real ID friends (if you have any) for Raids (Raid Finder only) and BattleGrounds. 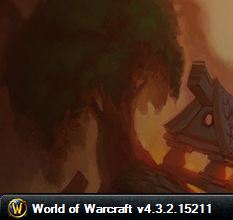 This does not apply to Dragon Soul raids or, I assume, Rated Battlegrounds. I’m sure that I will be corrected soon enough if that last is wrong.

The patch notes for 4.32 live aren’t up as of this writing, but you can find them on the PTR (Public Test Realm) page. More complete notes will likely make it to the live page soon.

Here are some of the tweaks.

Tanks: Vengeance is no longer triggered by receiving damage from other players. This is quite the PvP nerf. My Blood DK is crying. 😉

Hunters: They got a bit of love with this patch