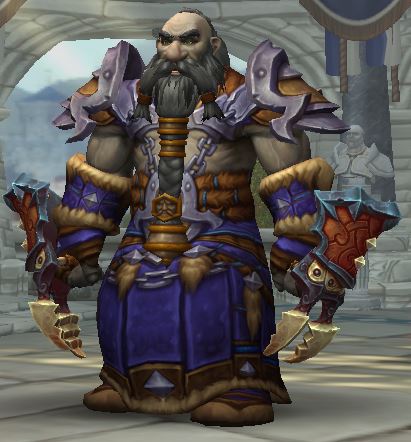 The big news in stat changes is that Hit & Expertise are dead. So is reforging. Bliz decided that neither was fun, so they’re dead. All abilities that modified either stat are also dead.

There is a new passive, named Critical Strikes, which increases chance to critically strike by 10%. It is learned by Enhancement Shaman and the other Agility based classes. Classes/specs using Int or Strength get no such modifier.

One more change is that at level 90 you will get a passive boost of 5% to one of your secondary stats. This is the stat that Blizzard feels will most boost your overall throughput (total raw damage or healing.) It will be a helpful guide to those wanting to know which stats is “the best of the rest.”

Here’s how it sorts out for your Shaman:

This time around Blizzard has decided (probably to major agreement among players) that there are just too many active abilities, causing “button bloat.” Too many buttons tied to too many abilities makes things harder than necessary. Naturally you don’t have a problem with that, but the other guy probably does.

So then there was the great (ability) hacking:

Note that most of the various “weapons” have been removed. Bliz feels that there was always one right answer for each specialization, and so they made the appropriate Weapon Imbues passive to each spec, or tuned abilities around its removal. This seems to make perfect sense.

In addition to removing a number of abilities they are restricting various abilities to one or another spec.

Shaman had a number of extra abilities that were consolidated to provide a smoother rotation flow. Mana regeneration and mana costs for Elemental and Enhancement were made compensate for abilities removed via Ability Pruning.

Elemental and Enhancement both suffer from having their damage split among so many damage sources that none of it feels impressive. So with a little whacking and trimming and consolidating they hope to make it feel better while keeping overall damage about the same.

They’re also tweaking the ability to cast while moving and how Haste works.

You mastery is being changed. The new Multistrike stat is redundant with the old Mastery.  Your new Mastery, Molten Earth (below,) adds a “Damage over Time” effect. if you liked Mastery before, favor Multistrike instead if your new Mastery for the same effect.

Chain Lightning and Earthquake were also improved significantly to offset the fact that Elemental Overload was a massive buff to it, but Molten Earth is not.

And the other changes: 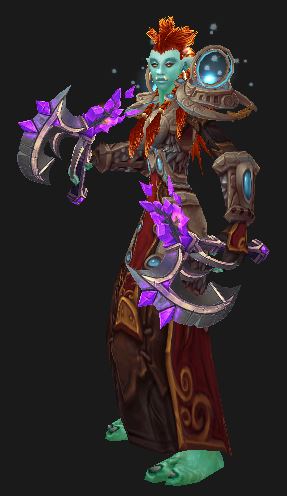 Blizzard feels that Enhancement also suffers, along with Elemental, from having damage split among too many abilities, none of which feel mighty. They’re fairly happy with the overall damage so want to trim and tweak abilities such that there are fewer, more effective, abilities doing about the same overall damage.

You’re note that there are a lot more tweaks for Enhancement than for Elemental.

Restoration Shaman had the most passive and smart healing of any healer, and so received some reductions in that area, along with buffs elsewhere to keep them competitive.

Naturally there will be a few talent changes,

As with some of the above, different effects depending on your spec. All of the 15-90 talents are pretty much the same as they were in Mists of Pandaria, other than a few details.

As you might expect there are a few new glyphs.

There are various glyphs changes in the works, in addition the new ones. I assume that there will be addition changes as time goes on.

So far it look like only one glyph has died: Glyph of Healing Storm

Another glyph change, affecting everyone, is that certain glyphs will be automatically learned as you level. Just like your abilities. This will be a nice change. All of the rest of the glyphs will be available, as usual, from the Auction House or your friendly neighborhood scribe.

At 90+ there are no new abilities to be head, instead you will get “Perks.” Each of the perks enhances an existing ability, such as for +20% damage. The perks are awarded randomly from the list of possible perks, so two characters with two perks each might well have completely different perks. By level 100 you will have them all. Note that the perk list may well change by the time WoD is released.

Here’s what you’ll get:

Racial changes – both for the purposes of updating things and the removal of Hit & Expertise there will be some racial changes. For example, the Draenei will be losing their +1 Hit, but gaining an boost to Str, Int, and Agility.

In PvP the Resilience stat is gone. Taking its place will be damage modification and larger health pools. Crowd Control has also taken a big whack, which is fine by me.

You can see all of the official patch notes here.