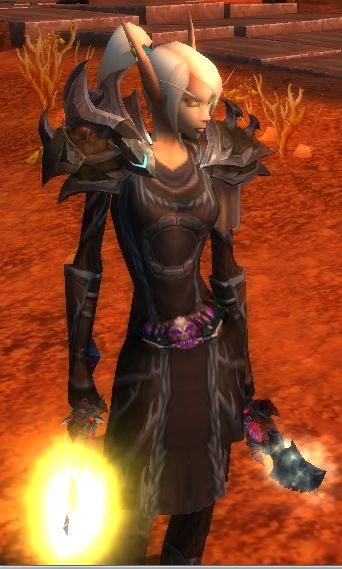 It looks like each spec will have ten unique abilities. Since this is from early Mists Beta these talents may well change. Also note that there are no points to spend within any one abilitity or talent. Honor Among Thieves, for example, is no just like any other ability, you have it or you don’t. This means that you will have…

Here’s the Sub. page in the new talent window. 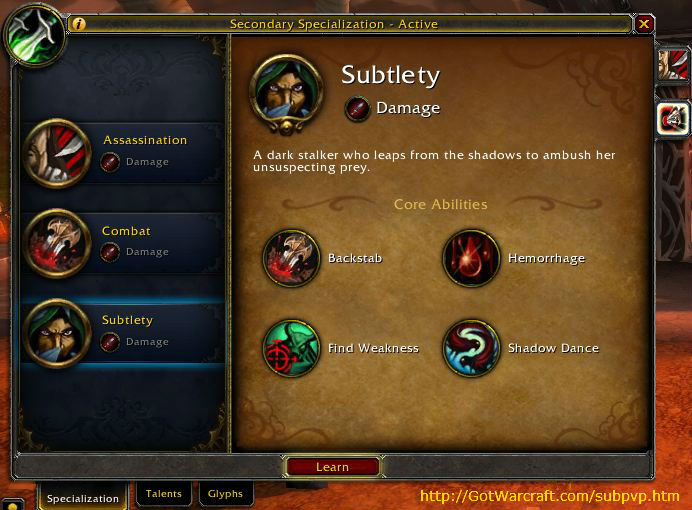 It looks like each spec will have ten unique abilities. Since this is from early Mists Beta be aware that these talents may well change. Also note that there are no points to spend within any one abilitity or talent. Honor Among Thieves, for example, is just like any other ability, you have it or you don’t. The above talents are:

Other Sub Rogue specific abilities (not talents) are:

This means that you will have 6 talent picks and only six talent points, down from 41 in Cataclysm and 71 in Wrath of the Lich King. This will make it simpler for us and it makes the programming work a lot easier for Blizzard. No longer will you be able to spend varying amounts of points in any given talent. Now you will either have the whole thing or not have it. Simple.

Subtlety Rogues have traditionally been about PvP, though they do well in Cataclysm PvE. So let’s grab some talents for my 85 Rogue.

Glyphs were introduced in the Wrath of the Lich King expansion. Characters could pick three “Major” and three “Minor” glyphs. Cataclysm added “Prime glyphs,” of which characters could pick another three, for nine total. Mists of Pandaria looks to have done away with Prime glyphs, for now, so we’re back to six total. Keep in mind that it’s early beta right now, so things may change.

Naturally there will be a lot of changes to specific glyphs. When Cata went live a few glyphs were burned (charred paper in your bags) and others changes name and effect. I expect the same thing will happen here.

Most of the old Rogue abilities are still around, but some new ones have been added. Also, rogues no longer have a throwing weapon, though they still have a “throw” ability and can pick up a deadly throw talent.

Also, some of the old talents have been moved into the general Rogue ability list and these are not unique to Sub.

Just playing Vanilla WoW? Want to blast to 90 in Mists of Pandaria? Want to always know exactly where to go and what to do? Dugi’s Guide is your key to leveling fast.
Tags:PandariaSubtlety