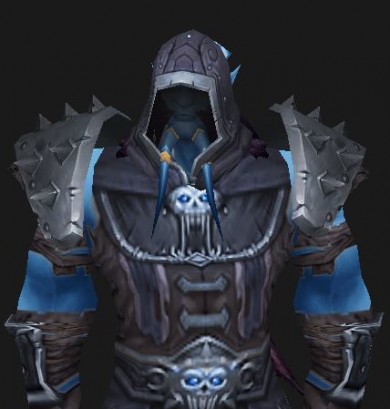 Some General Changes to Stats

Note that the tooltips (when you hover over the link) reflect WoD info, not Mists of Pandaria info.

The values of Attack Power and the amount of Parry you get from your Strength have changed for Warlords.

Also, the Hit rules are changing: “All players now have a 100% chance to hit, 0% chance to be dodged, 3% chance to be parried, and 0% chance to glance, when fighting creatures up to 3 levels higher (bosses included.) ” Hit and Expertise are being removed from the game and will no longer appear on gear. Appropriate character racials will also change.

Bliz is going to emphasize certain secondary stats for every spec of every class. All of the emphasized stats will get a 5% bonus. For DKs the attuned stats are::

The New Stats that all classes receive are Bonus armor (tanks only,) Versatility (more damage and defense,) and Multistrike (a chance for additional, weaker, attacks.) Readiness was in the early beta, but has been slain. It would have reduced cooldowns of various abilities. Clearly Bliz thought it was a bit too much. 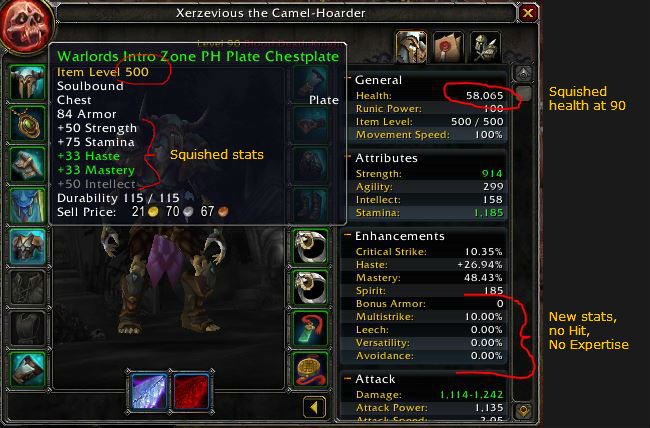 The following changes apply to all specs of Death Knights, except where otherwise noted. Note that the tooltips (hover over the links) pull from WoWhead’s Warlords info, and not the Mists of Pandaria info, so the numbers probably won’t match current numbers.

Diseases no longer increase the damage of abilities (such as Obliterate,) those abilities have been buffed to reflect this.

These abilities been removed completely:

Not Removed, but restricted in some way:

And The Other Changes:

Leveling your Death Knight should be the same “easy and fast” experience that it’s always been, just with a little less clutter and a smoother “rotation.” High level PvP and PvE should also be smoother, with fewer buttons and similar overall effect. At least that’s the plan.

The are a number of changes to Blood Death Knights coming with Warlords. In general tanking should be much the same, but it will have a different feel, such as less healing and more shielding. DPS should be more in line with the rest of the group, instead of swinging way low on one fight and way high on another.

Frost DKs are mostly tweaked instead of changed. Your rotations should be a bit smoother and you should still be a capable damage machine.

As with Frost, the Unholy Death Knight is more tweaked and cleaned up than really changed.

These are the talents as of May 15. Note that Roiling Blood is gone and the 4th and 5th tiers were switched. This was to give leveling DKs earlier access to faster rune regeneration. Also note that some talents, such as Death Pact, have changed somewhat. 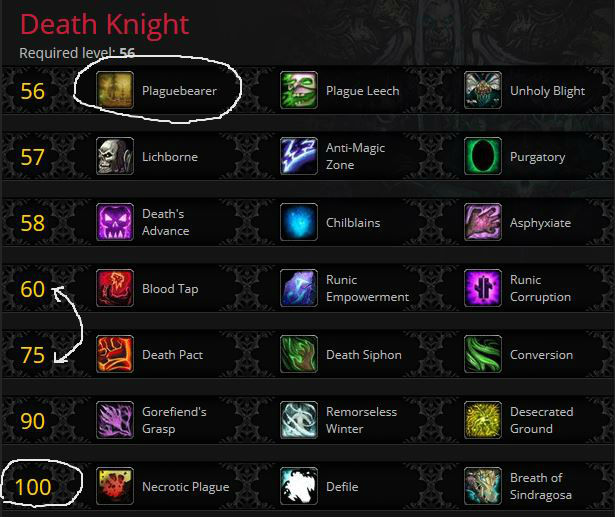 There are a few changes coming to glyphs, the big one being that now some will be automatically learned as you level, just as with talents and abilities. Naturally other glyphs will be changed, poked, prodded, and tweaked. Naturally a few will be removed.

One other change of interest is that glyphs will be grouped into categories and only one glyph of a category can be installed at a time. As an example, there are several glyphs that deal with your Chains of Ice and you can only use one of those at a time.

These are the new glyphs, some of which might well be pretty useful.

This is still early beta, so this list may well not be what appears when Warlords goes live.

Perks are enhancements to certain of you abilities. You receive these as you level from 90 to 100 in lieu of new abilities, and you receive them randomly. This means that your level 95 DK might have an entirely different set of perks from mine. By level 100 you will have all of them.

Initially (in early beta) there were 9 perks per spec, now there are four. Maybe it’ll change again.

All of these effects are passive.

16 thoughts on “Death Knight Changes Coming in Warlords of Draenor”