How to do Damage as a Frost Mage in PvP

The Frost Mage has been the Mage PvP Spec for some time now. With proper use of your abilities you can throw out a lot of damage. Changes that came in patch 5.4 made your pet more valuable and changed your Mastery. Your pet’s freezes and your Frostbolt slows give you added PvP utility over that of Fire or Arcane.

See below for your attacks, cooldowns, and how to put it all together for maximum damage.

Stats for the Lethal Frost Mage

Haste is your #1 stat as it reduces the cast times of your spells and makes for faster Living Bomb ticks. You get faster polymorphs, faster CCs, faster globals, etc. 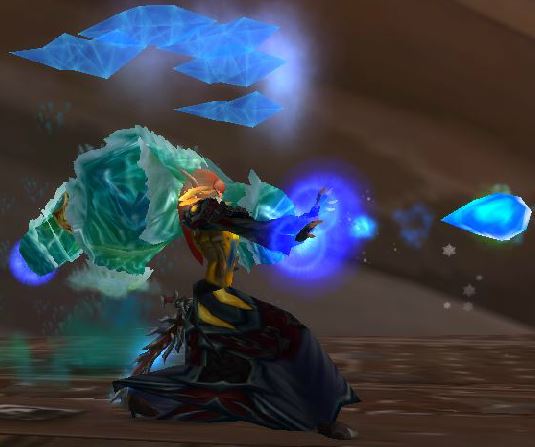 Mastery: Your Mastery was changed in 5.4 to generate icicles and improve your pet’s damage. The latter gives your Mastery some definite value, though it still falls behind Haste and Crit. Reforge out of all of it.

Go with all PvP gear and reforge into the all important 6% Hit and then Haste. See our Mage PvP Gear page for a lot more detail. The ReforgeLite addon (from Curse) will make your reforging a lot easier. (It’ll be even easier in WoW 6 when reforging goes away completely, along with Hit & Expertise.)

You want the enemy to spend as much time frozen as possible, due to your Shatter ability.

Your Main Attacks as Frost:

All attacks have that much larger chance to crit if your opponent is already frozen.

Your Pet – In 5.4 your Mastery now affects you pet’s damage. Make sure your pet is always attacking, it’s a lot of added damage over the length of a fight. It now does at least as much damage as Living Bomb! Bind your pet’s abilities to keys and work them into your “rotation.”

Bursting Forth – Your Rotation

Living Bomb is the best damage, Incanter’s Ward is a nice buff, while Ice Ward and Frostjaw set you up for Shatters. The others have no DPS value. 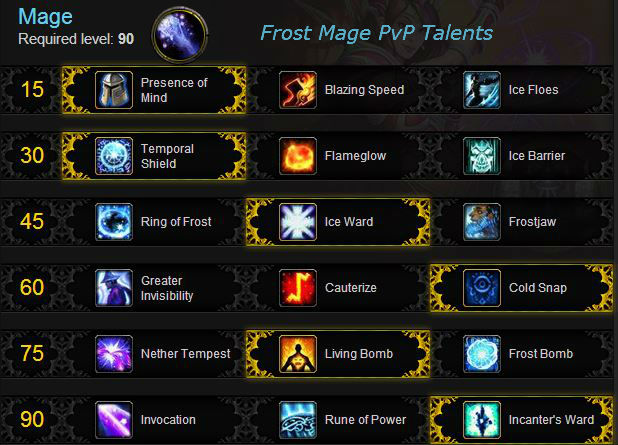 Practice, practice, practice, and the practice some more. You want to be always casting something. Never leave a cooldown unspent, unless you’ll just piddling around. Bind your keys and learn them so that their use is automatic.