The Mage 5.4 Patch Notes and Changes

The biggest change in 5.4 is for the Frost Mage. Your Mastery has changed. You no longer do increased Mastery damage Vs frozen targets. Now, a portion of the damage done by Frost bolt and Frostfire bolt is stored and your next Ice Lance will unleash those icicles. Your pet damage is also increased and various spells were buffed, such as Living Bomb, Ice Lance, and your pet’s Waterbolt damage.

Frost did get a nerf, Frostbolt‘s damage has actually been decreased a bit.

Overview of the 5.4 Mage Changes 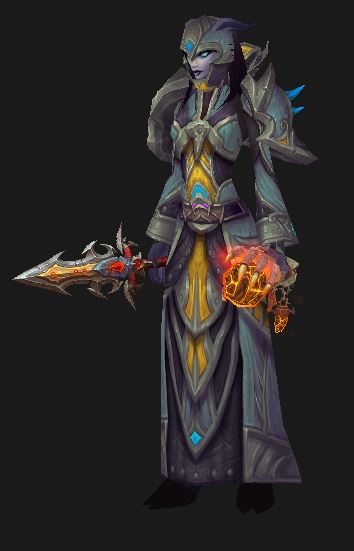 Icicles will require you to do some set-up before unleashing them. You can stack up to five and if you can get that stack, then freeze the enemy, then your next Ice Lance will be brutal. If you’re stacking Mastery then you’ll also want to make sure you’re making good use of your pet, with its increased damage.

The downside is that overall damage isn’t too hot, so it might be worth your while to stack Haste and this might make Frost Armor, with its 7% Haste buff, more interesting than before. Mastery doesn’t directly affect your damage, at all.

Arcane is changing very little. Other than some glyph changes which are interesting you have a couple of bombs that were buffed for PvP. Then, of course, there are those “essential” minor glyphs…

Fire is changing a bit. Combustion’s DOT was reduced, which will be bad for PvE, but not so much in PvP. Living Bomb, as noted above, got a buff.

Any mage who blinks a lot will want to look into the new Glyph of Rapid Displacement. If you are using Remove Curse then you will want to note that the Glpyph increases your damage by 15%. I think a lot more curses will be removed in 5.4. One might even considere it a Warlock nerf as far as PvP is concerned.

In addition, Temporal Shield, arguably the best talent of the shield tier, has been improved. IN patch 5.4 it reduces damage by 15% in addition to its other effects. This is rather nice.

Tooltips (hover over the links) will show 5.3 info until patch 5.4 goes live. New talents and abilities will show the new info. These Mage 5.4 Patch Notes are as of Aug 27. I’ll update then (and note it above) if there are additional changes. All the official patch notes can be found here.

1 thought on “The Mage 5.4 Patch Notes and Changes”