The 5.1 Patch, Landfall, has Landed

Mists of Pandaria is, in part, about the war between the Horde and the Alliance. 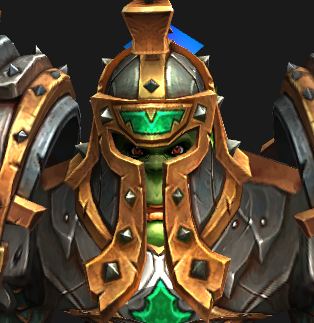 Landfall turns that up a notch. It brings the  Krasarang Wilds battlefield, where both factions will be able to slaughter each other, especially on PvP servers. New quest hubs and new scenarios in that area will insure that Horde and Alliance are in each other’s faces, constantly. If you’re on a PvP server and not yet 90 you should get there soon and get into some PvP gear ASAP.

Will guilds be forming groups to clear the opposing factions from their areas? They already seem to be doing just that in places. If you’re on an RP server then this should be a pretty good excuse to play up the war. PvE servers will be a lot lower stress. 😉

The Alliance’s Operation Shieldwall and the Horde’s Dominance Offensive are looking for skilled operatives, you and your associates, to inconvenience (Ok, OK… slaughter) the other side. RPers can play up Garrosh Hellscream’s destruction of Theramore and the Alliance’s response to same.

Players will be able to kill NPCs, important ones, as well as other players. Commendations can be earned from this and they can be used to upgrade your base. Other rewards will have similar faction enhancing value. This does bring up the question of how well this will work on highly imbalanced servers…

No one talks about the Brawler’s Guild. It’s really just a myth to scare young adventurers, but if you happen to find yourself with an invitation…

The Bliz patch notes are here. In this post I’ll include things that stand out for me. MMO-CHampion has some 5.1 hotfixes, for Nov. 29.

Gear upgrades – for 1,500 honor/conquest/justice/valor points you will be able to upgrade superior or epic gear by a maximum of 8 item levels. The gear has to be a minimum of iLevel 458. This will give you an excuse to keep raiding/PvPing after you have your desired gear set.

Brawler’ s guild? What Brawler’s guild? You mean the one that lets you test your ability against tough monsters and NPCs? That lets you win bragging rights, rewards, and additional activities? The one that you have to receive or find an invitation to be able to attend? Never heard of it.

Class Abilities  have undergone the usual collection of buffs, nerfs, and adjustments. All the classes received at least a tweak (and for once DKs do not head the list of “most fixes.” Maybe they’re about where Bliz wants them to be?) Check the patch notes page for details, there’s some important stuff there.

Spirits of Harmony can be purchased for 600 Conquest points from the Conquest quartermaster. These are needed by crafters for most of their high end stuff. Currently it doesn’t look like they can be bought elsewhere. So your crafter, if she wants to make the good stuff, will either have to grind the motes, hope you get a spirit from a daily quest reward, or do enough rated PvP to buy them.

Enchants: if you’re into understanding exactly how things are calculated then note that the Dancing Steel, Jade Spirit, Colossus, and River’s Song enchantments now use the Real PPM system utilized by Windsong and Elemental Force.

Pet battles – There are a lot of battle-pet notes, see the patch notes for details. Some of those notes are for bug fixes, others for increased availability of acquiring pets, and so on. Here are some high points:

Farming at Sunsong Ranch. Looks for a Barnaby Fletcher at Halfhill Market, he sells seeds that grow into items that act as Mage Portals.

This new feature lets everyone know when they’ve lost some or all control of their character (roots, silences, etc.) and how much time remains. This has some of the functionality of the popular PvP addon: LoseControl

You can change some of the settings or disable the thing in your interface panel.

To get into those juicy dailies and PvP/PvE events as quickly as possible.