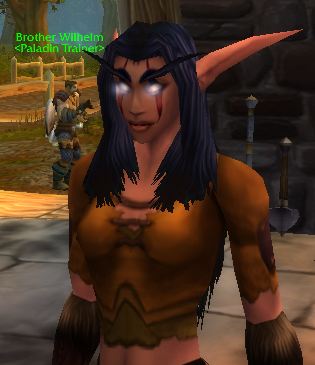 People are always complaining that WoW is too easy, with the gear, the leveling nerfs, etc. It used to take about 6 days to get to 60, if you were fast and efficient and knew your way around the place. Now it’s about the same to 85. These days we have Heirloom gear, Guild perks, Recruit a Friend, easy availability of quality gear (blues and purples,) etc. I like it, and it’s certainly much easier to level than it used to be.

This post if for all of you who want a challenge. Think of the Diablo game’s Hardcore mode and you’ll have some idea.

…Have a suggstion to anyone thinking of givng it a go. Throw dice to decide your Race/Class choice and randomise for looks. Then keep us updated as to progress 🙂

“Some people complain WoW is too easy. Well, for people who want a challenge, take part in the Iron Man Challenge! I came across a thread from someone named Sandinhiseye about this, and it was fairly old. So, rather than necro it, I’m making a new thread. Taken from his thread, here are the rules:”

1) No items equipped other than White or Gray items.
2) No heirlooms
3) No talent points – no specialization – you may train class abilities
4) No professions, primary or secondary, other than First Aid.
5) No food or water above vendor-quality white items.
6) No groups- no BG’s, no instances, no raids, no quest groups. No guilds.
7) No enchants, scrolls, potions/elixirs, or glyphs.
8) No outside financial or equipment assistance (no gold or bags from other toons)
9) THE BIG ONE – if you die, ever, you delete that toon and start over at lvl 1 Any takers? If you’re doing it, post on that character and we will track your progress.

Questions and issues that were brought up:

So are you doing to give it a shot?

Update: Also check out our Top 10 Ways To Get Leveled Faster post, but that one’s only for wimps. 😉