The Mists of Pandaria Mage 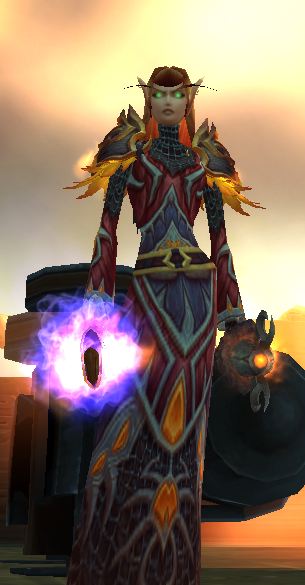 With Mists of Pandaria the talent system, as known in Cataclysm and earlier, has been flushed and replaced by a completely new system. Some of the old talents are dead, others have been rolled into the new talents and abilities. This will mean that your effectiveness will more due to your skills in using your abiltites rather than having the “best” talent build. Well, Ok, it was always that way, but now it’s more so.

Any spec of mage can pick any one talent from any row, for six total talents at 90. Yes, this does mean that Frost Mages can have Living Bomb at 90. See the individual mage pages for actual builds. Talents can be changed, one at a time, just like glyphs. Click the talent you want to change, spend a dust/powder/tome, and pick the new talent. Or, your trainer can wipe the whole list for you (for a few gold pieces.)

This is now a build, those will be shown on the individual spec pages. This is just to give you a clear idea of what’s coming.

See below the image for talent descriptions.

Healing Touch should be rather nice in PvP and even in PvE, when aggro comes your way.

Each spec of Mage (and the same with all other classes) gets several unique abilities as they level. Frostfire bolt is the basic bolt, other attacks are for the individual specialties. At this time it looks like Fire will still value Crit, for the free Pyroblasts while the others will probably value Haste over Crit. But, we’ll see as time goes on.

The prime glyphs, from Cataclysm, are now dead. Majors and Primes have been rolled into one category. In addition, the prime slot is also gone, so you will have six total glyphs at level 75. Three major and three minor. (One each at levels 25, 50, and 75.)

Majors cover all damage, cooldown, and other spell effect modifications.

Hover over the links for descriptions. CD = CoolDown

Here are the M of P gems, you’ll find these gems and the Cata gems on the individual mage pages.

Spell Penetration is being changed into PvP Power.

Cogwheel: Cogwheels are loaded into sockets on Engie items, such as: Reinforced Bio-Optic Killshades and require you to maintain a 525 Engineeringskill.

Again, Cata enchants are shown on the spec pages. Min iLevel for the M of P enchants is 372. Upgrade your nice gear as soon as you can afford to do so.

Helm enchants are going away